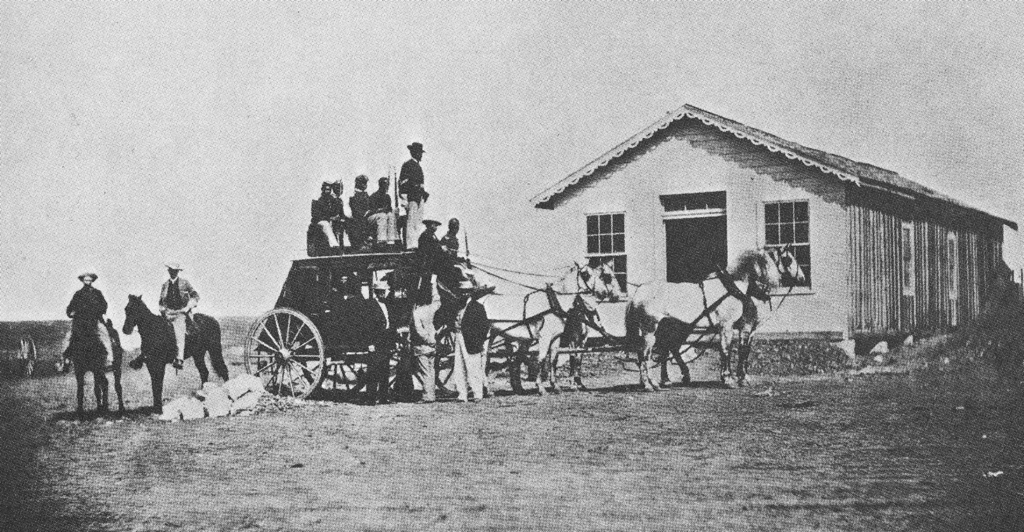 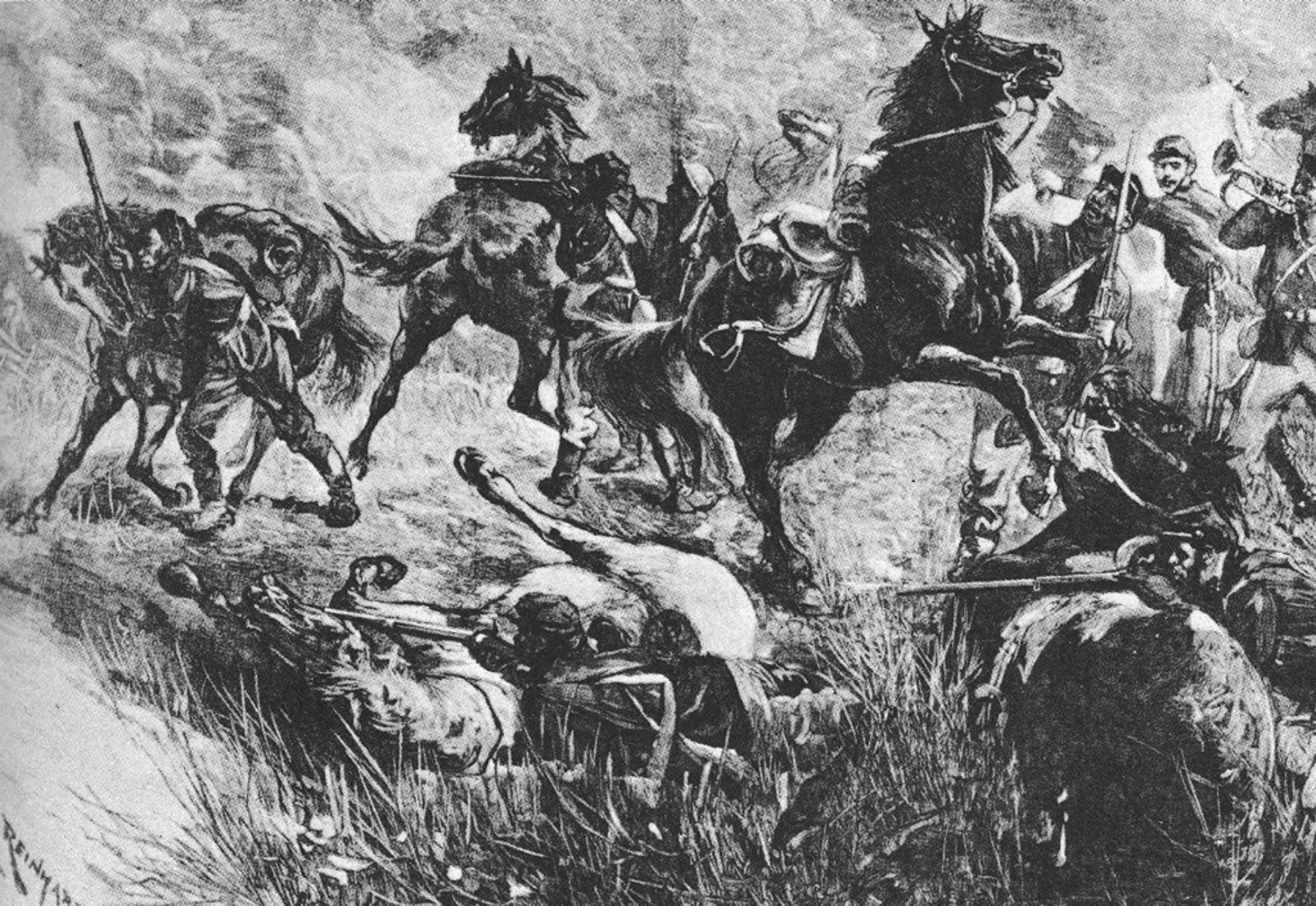 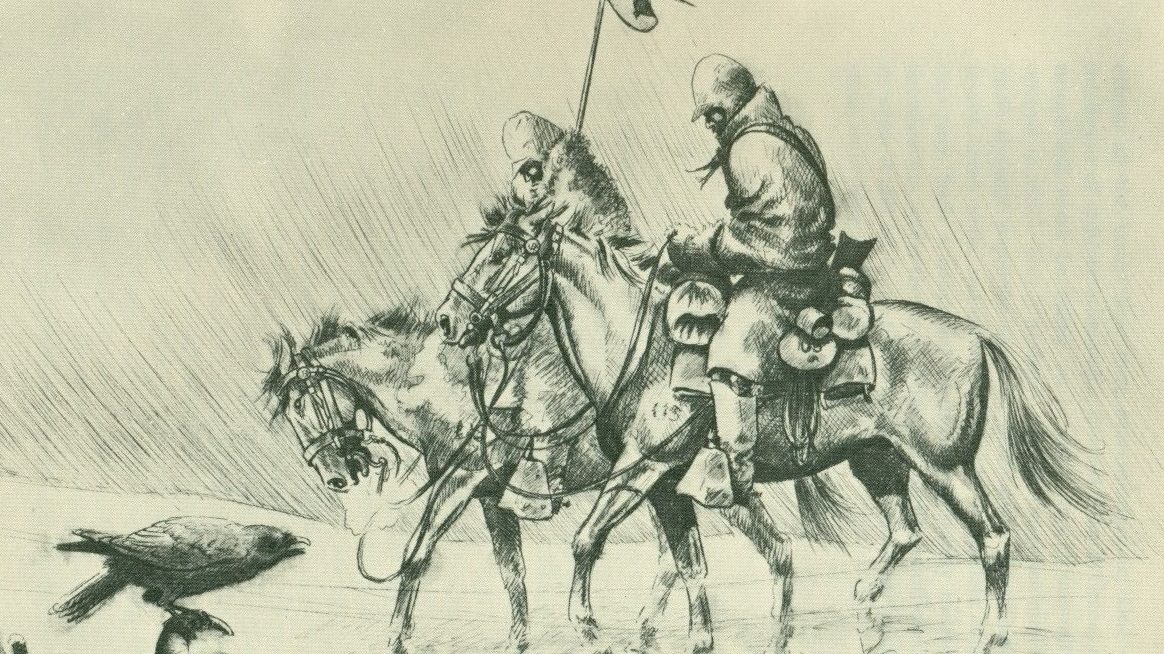 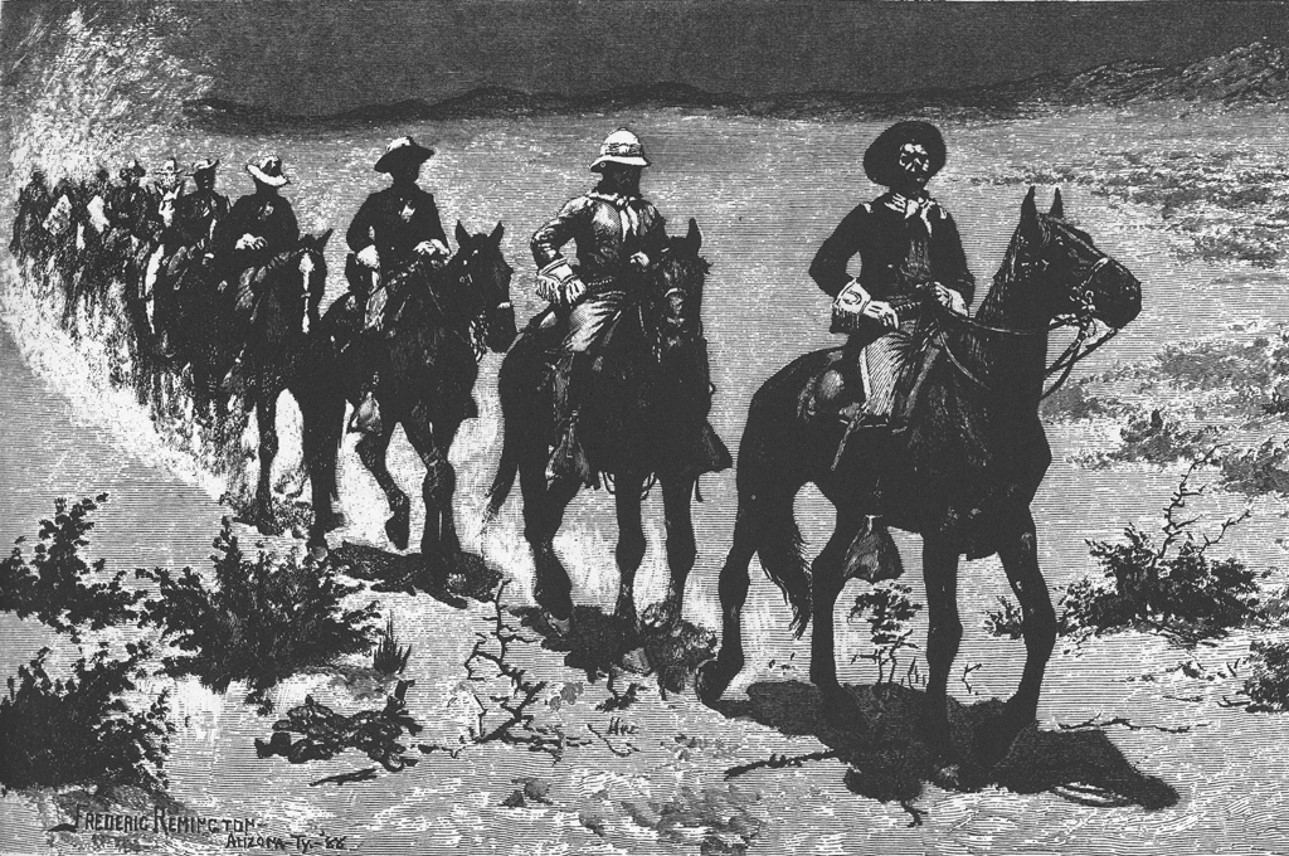 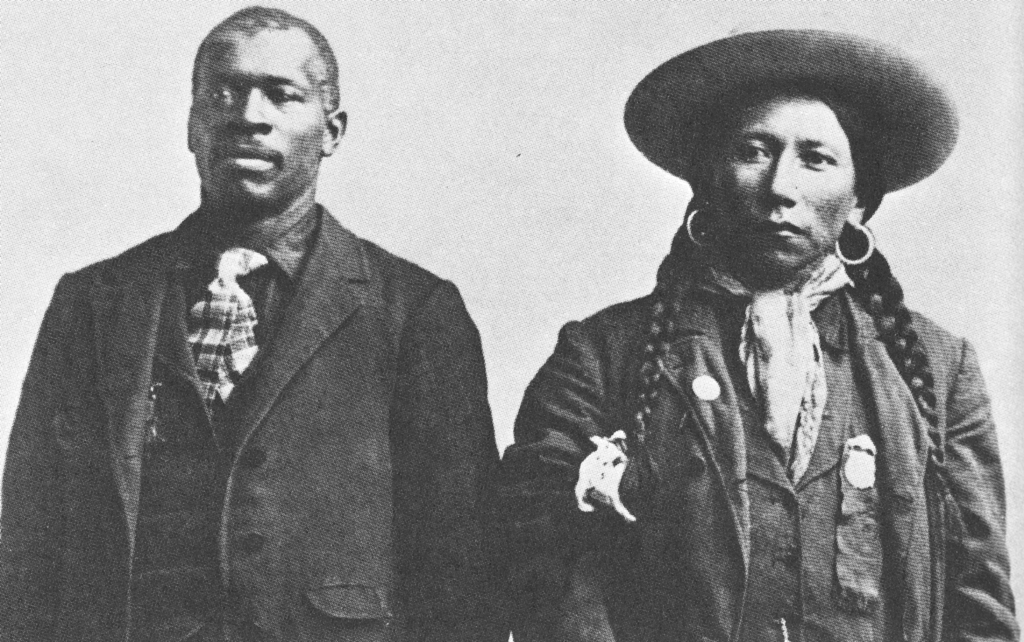 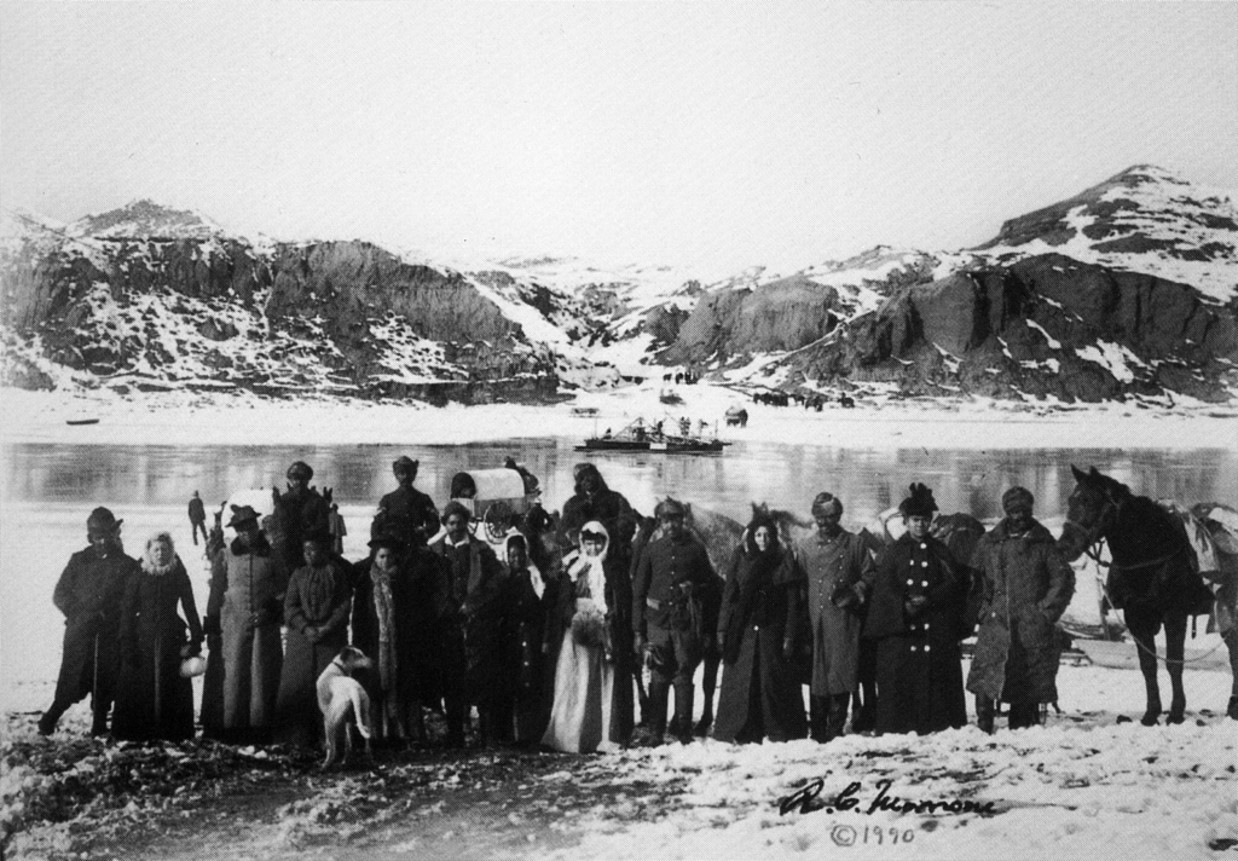 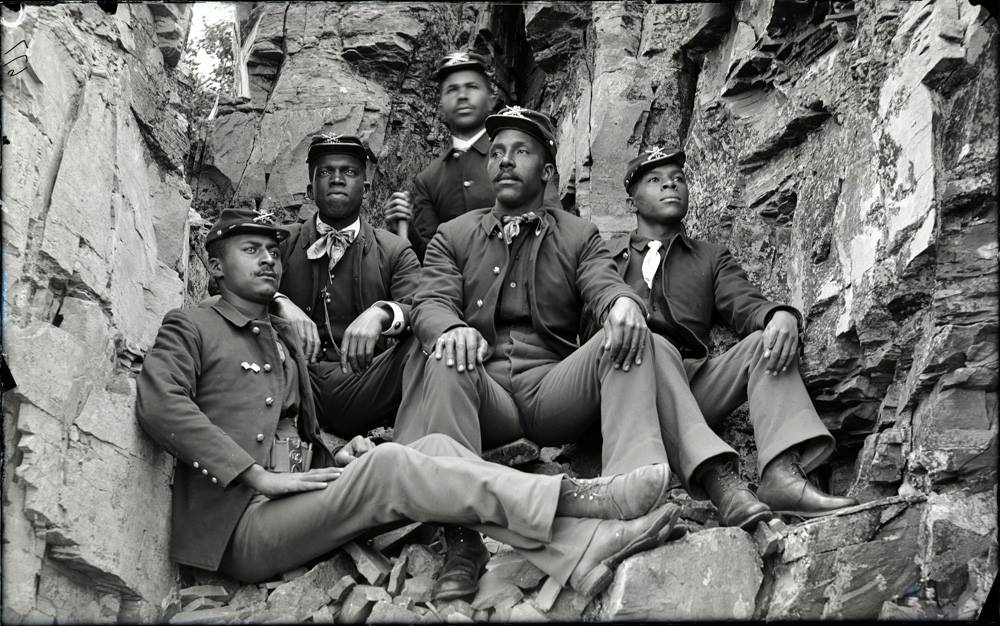 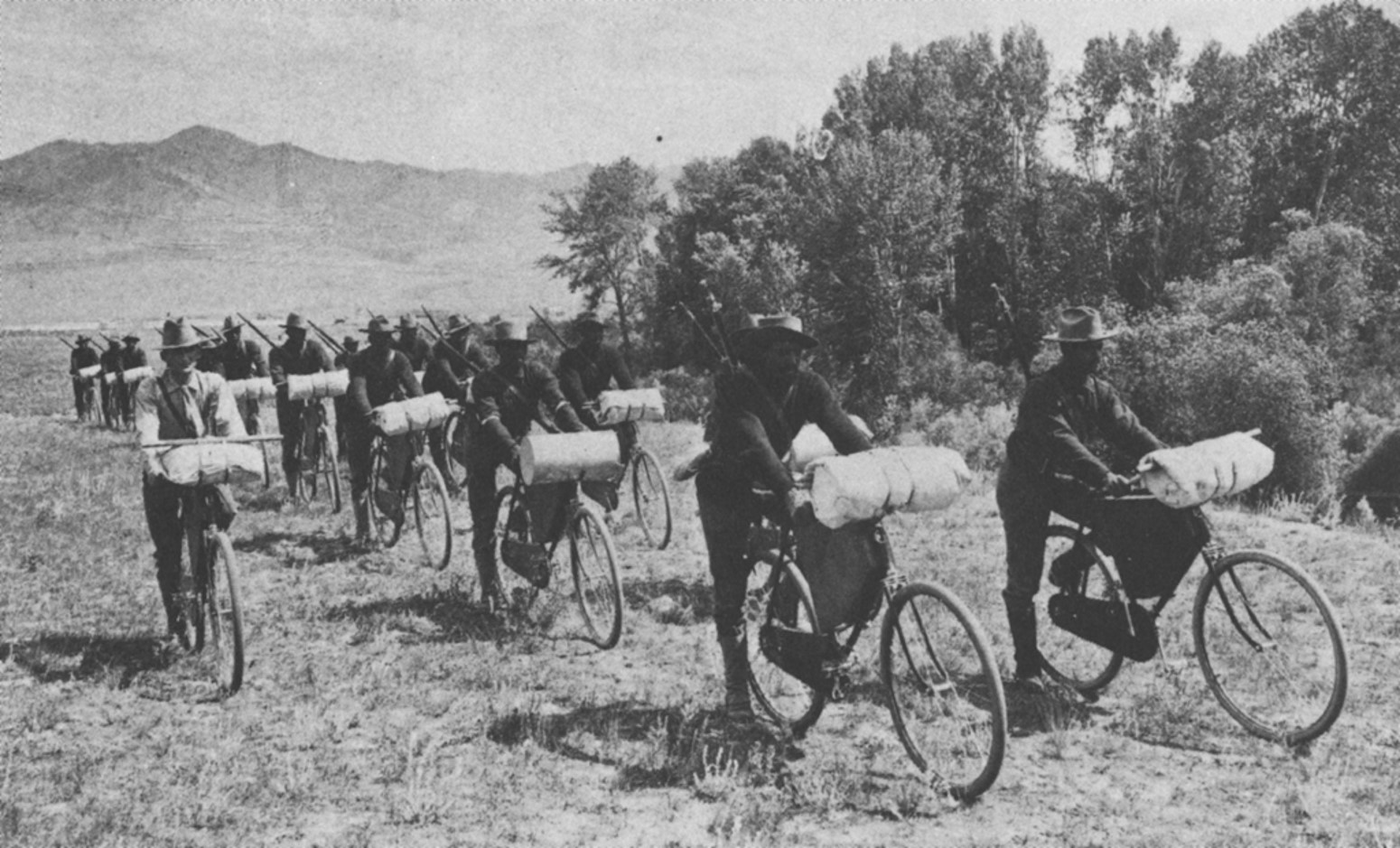 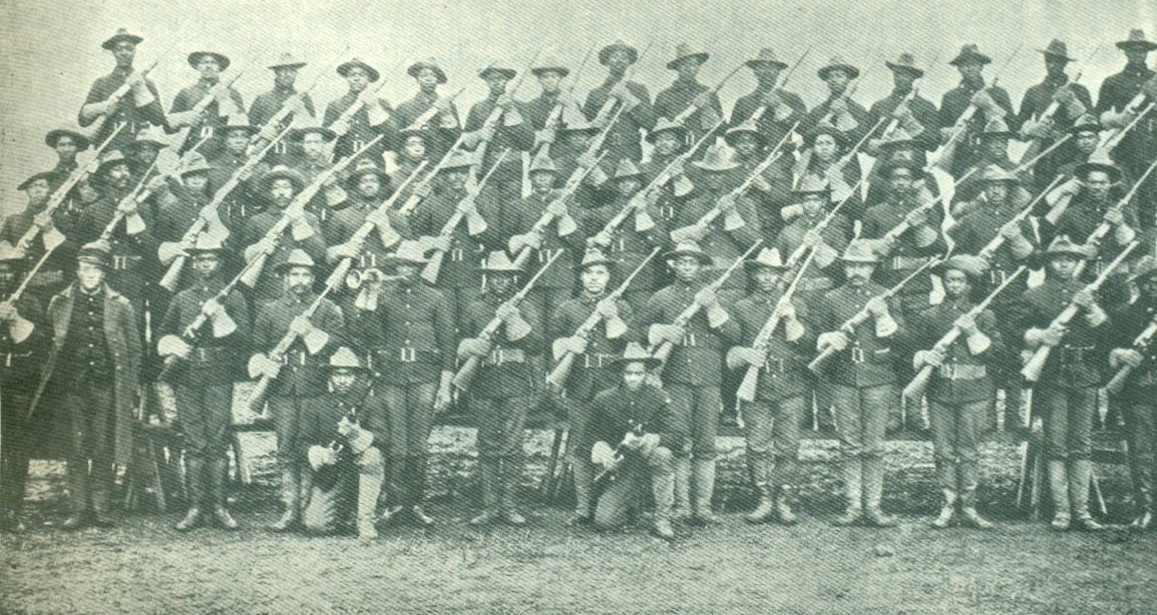 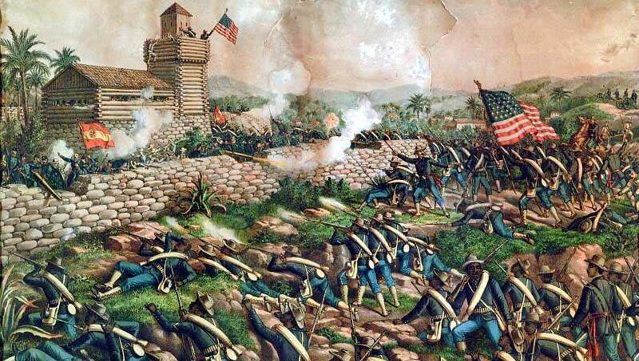 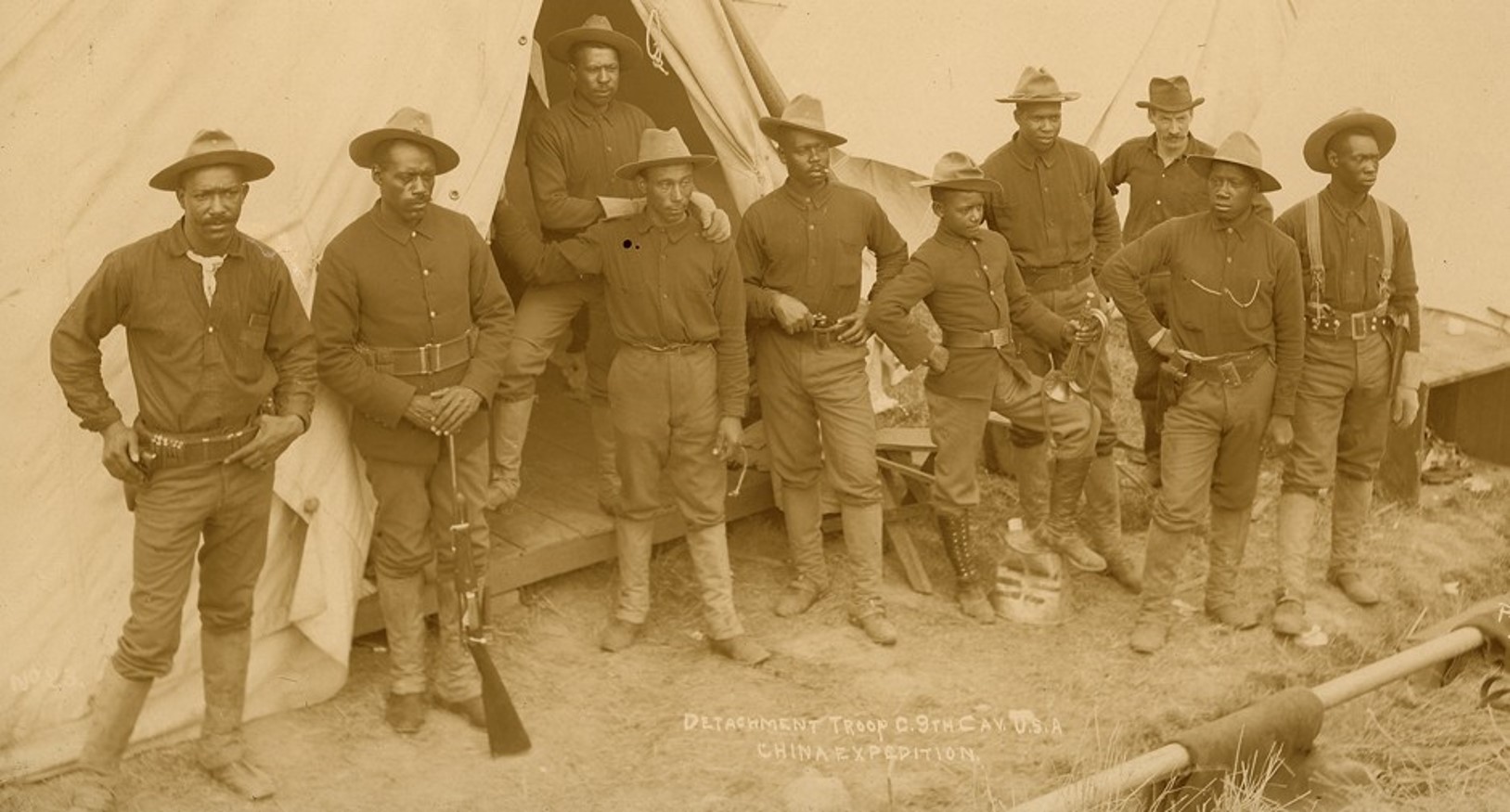 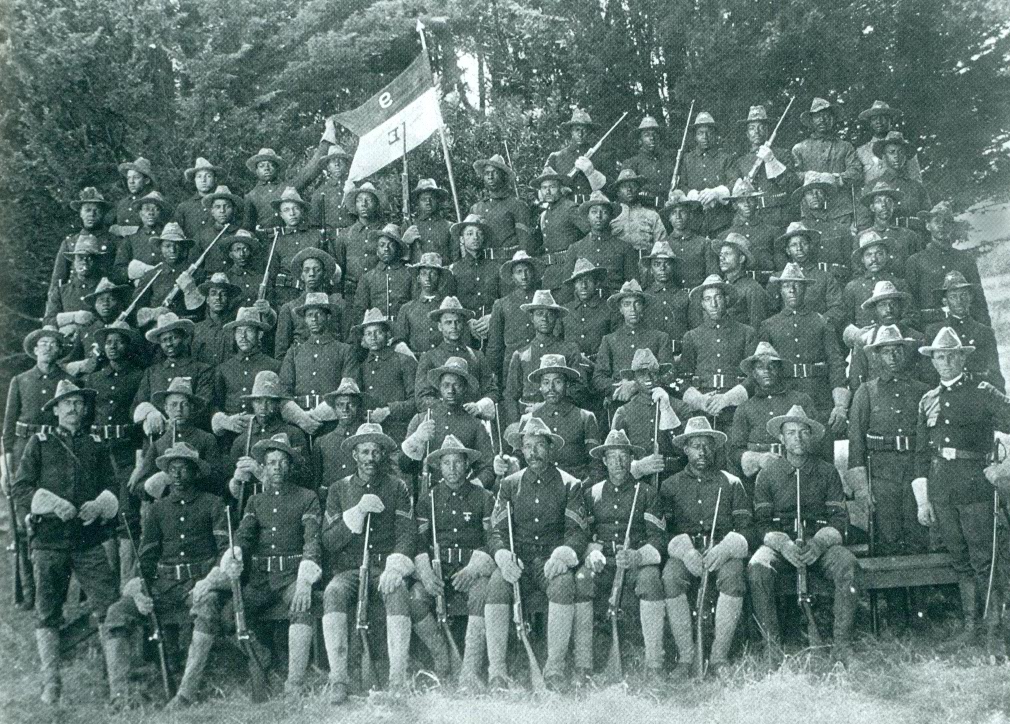 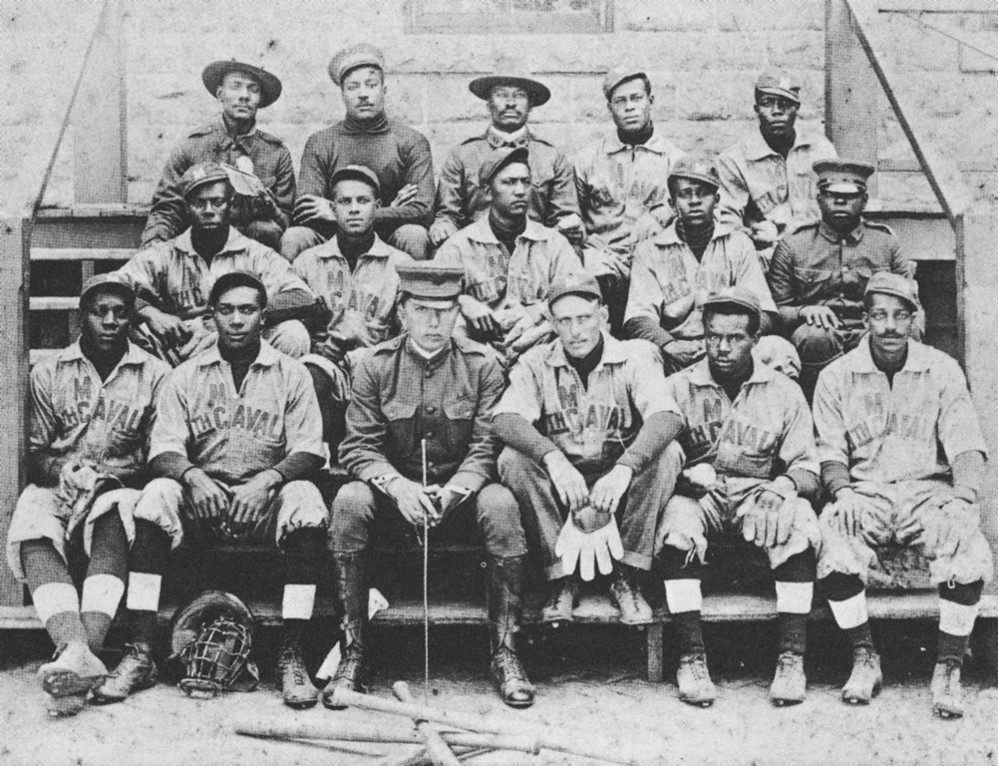 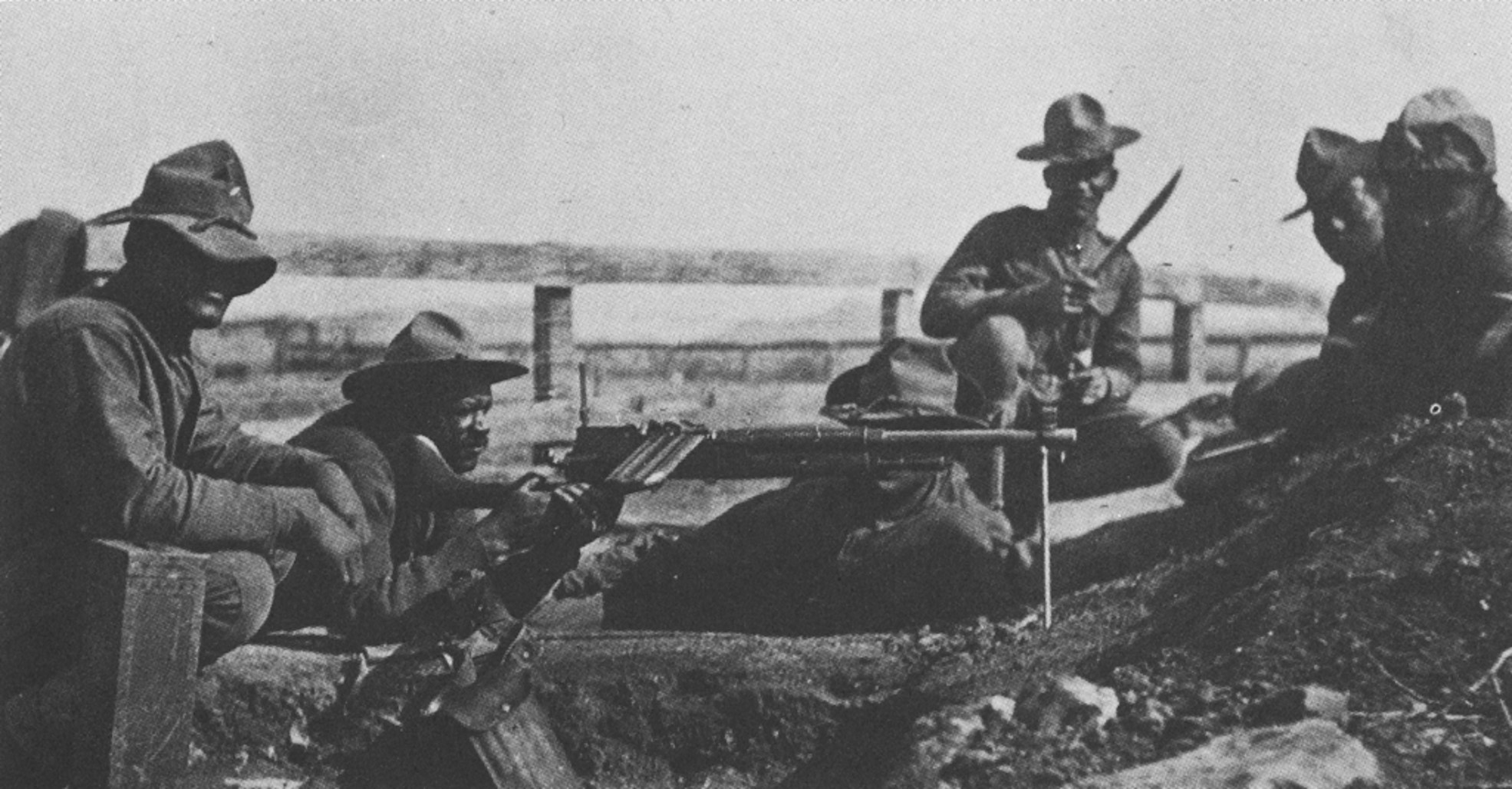 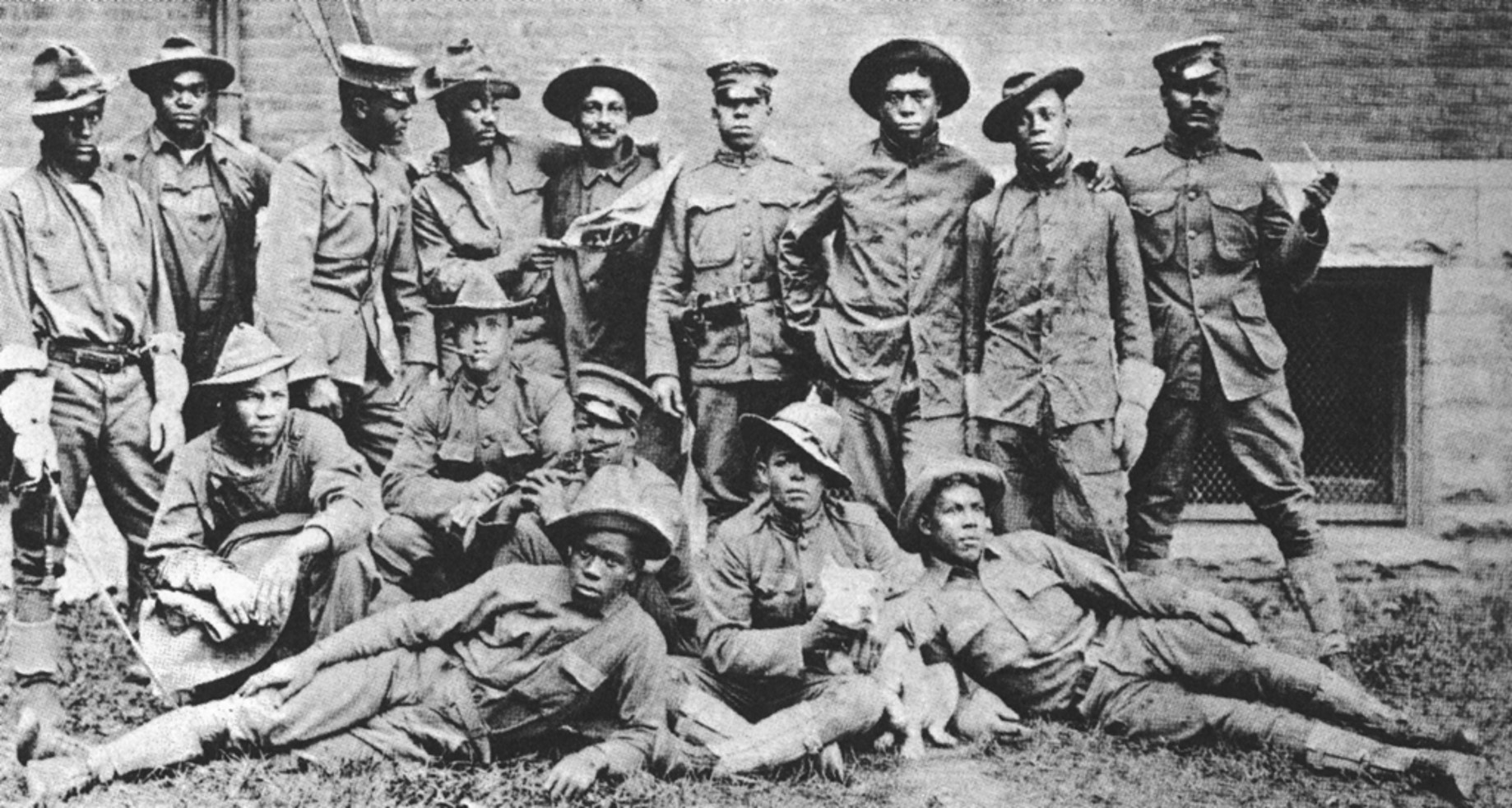 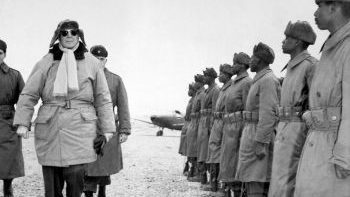 This page is dedicated to the Buffalo Soldiers, the approximately 40,000 black men and one black woman who served in four racially segregated regiments, the 9th and 10th Cavalry and the 24th and 25th Infantry of the United States Army between 1866 and 1944. Their legacy carried forward into World War II as the 92nd Division, approximately 15,000 soldiers whose unofficial name was the Buffalo Division and who served mainly in Italy, and in the 24th Infantry Regiment, about 1,000 soldiers, who fought in the Korean War.
This page is sponsored by the Orange County Black Chamber Education Fund and supported by the Houston Buffalo Soldier National Museum and the Greater Los Angeles Area Chapter of the 9th and 10th (Horse) Cavalry Association with the intention to expressly keep alive the Buffalo Soldier history and legacy by bringing together on this page all the information relevant to their eight decades of service in the U.S. Army.

The Myth of the Buffalo Soldiers
The History of Allensworth, California