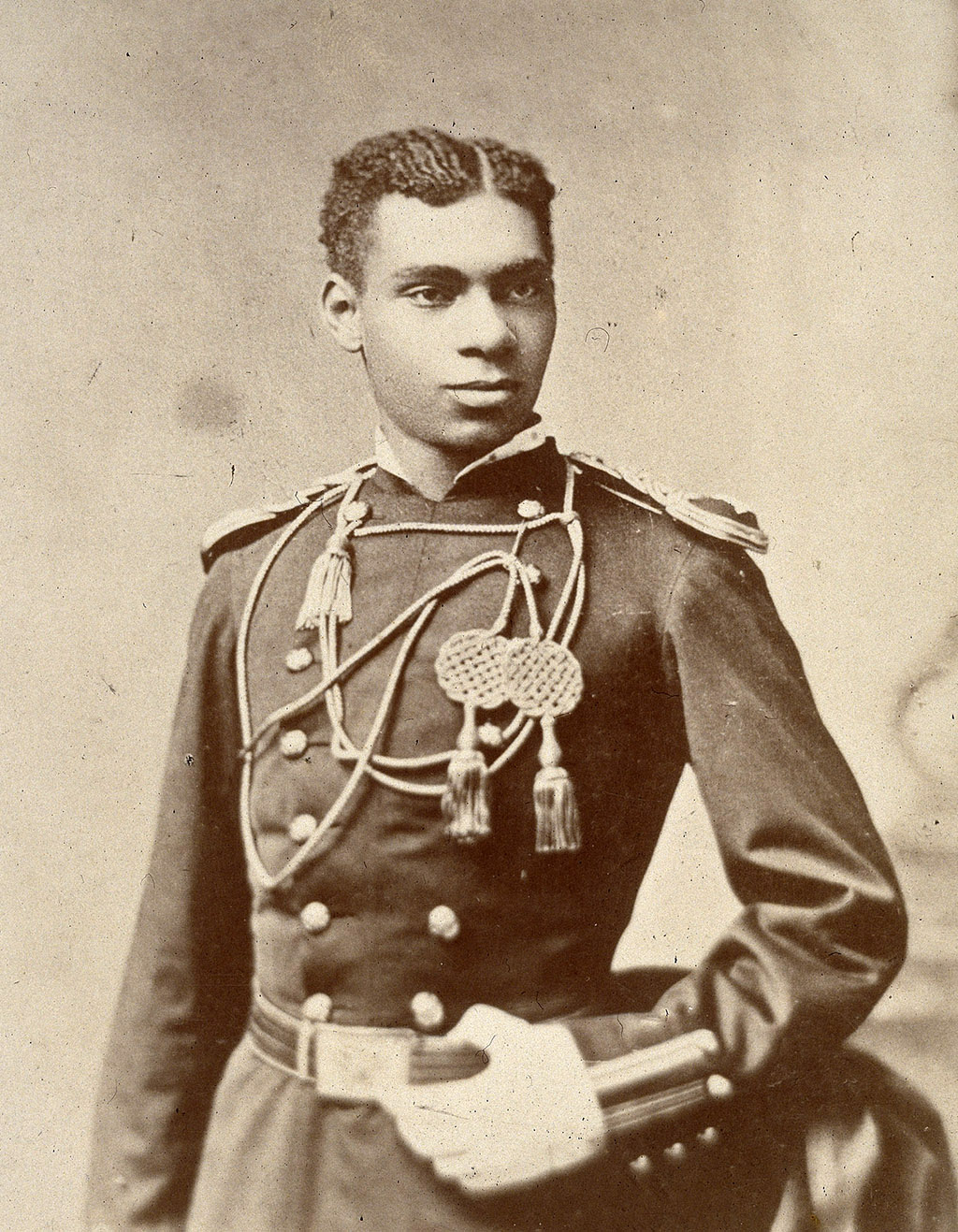 Born near Thomasville, Georgia on March 21, 1856, Henry O. Flipper rose to prominence as the first African American graduate of the United States Military Academy at West Point in 1877. Despite being born into slavery to Festus, a shoemaker, and Isabella Flipper, Henry was reared in a family that emphasized excellence, and he and his younger brothers all became respected members of their communities as a military officer, AME bishop (Joseph), physician (E.H.), college professor (Carl), and farmer (Festus, Jr.).

Commissioned a 2nd Lieutenant in the U.S. Army upon completing West Point, Flipper was transferred to the l0th U.S. Cavalry Regiment where he became the highest ranking and most famous of the Buffalo Soldiers (African Americans in all-black regiments) stationed at Western military installations.  Flipper’s assignments included Fort Sill, Oklahoma, and Fort Elliott, Fort Concho, Fort Davis, and Fort Quitman, all in Texas. Flipper earned distinction during the the Victorio Campaign which pitted the Apache leader Victorio against the U.S. Army in Texas and New Mexico between 1879 and 1880.  There he was assigned to A Troop under the command of Captain Nicholas M. Nolan.  While on that assignment he became the first officer of color to lead Buffalo Soldiers in battle.

Trained as an engineer, Lt. Flipper was known for his design of a drainage system at Fort Sill, Oklahoma (popularly known as Flipper’s Ditch and now a national monument) which minimized malaria by removing standing water.

Flipper’s military career ended when Flipper was accused of embezzling $2,000 in government funds while serving as quartermaster at Fort Davis, Texas. Flipper was charged with taking the funds and then lying about it when confronted.  He was tried and acquitted of all charges except “conduct unbecoming an officer and a gentleman” at a U.S. Army court-martial at Fort Davis on September 17, 1881. Despite appeals by Flipper’s supporters who argued that his close association with Mollie Dwyer, the sister-in-law of Captain Nolan, was the real motive behind the charges and the harsh sentence (two white officers were found guilty of embezzlement but neither was dishonorably dismissed from the Army) was racially motivated, President Chester A. Arthur refused to alter the court-martial verdict. Flipper was discharged from the Army on June 30, 1882. He spent much of the rest of his life challenging the charges and attempting to clear his name.

After his dismissal from the U.S. Army, Flipper lived primarily in El Paso, Texas until 1919 where he worked as a civil mining engineer, surveyor, translator, newspaper editor, historian, and folklorist in Arizona, New Mexico, and Mexico. His success in these areas was partly because of his fluency in Spanish. In 1921 Flipper came to Washington, D.C. as the assistant to former U.S. Senator Albert Fall of New Mexico when the Senator was appointed Secretary of the Interior by President Warren G. Harding. By 1923 he was employed by Texas oilman William F. Buckley Sr. to worked as an engineer in the petroleum industry in Venezuela.

Flipper authored two autobiographies: The Colored Cadet at West Point in 1878 and Negro-Frontiersman, The Western Memoirs of Henry O. Flipper (completed in 1916), which Theodore D. Harris edited and published in 1963.

Despite his many accomplishments, Lt. Flipper is most remembered in history as a casualty of racism in the military for his court-martial trial primarily on the charge of embezzlement at Fort Davis. Flipper retired to Atlanta, Georgia in 1931 and died there on May 3, 1940 at the age of 84. Thirty-six years later, in 1976, Flipper was posthumously granted an honorable discharge by President Jimmy Carter.  He received a full presidential pardon in 1999 from President Bill Clinton.