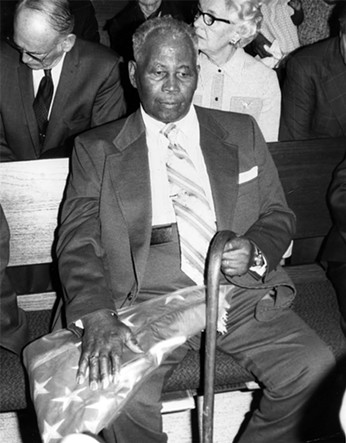 Of the 167 enlisted black soldiers of the 25th Infantry discharged from the U.S. Army “without honor” by order of President Theodore Roosevelt after the shooting in Brownsville, Texas in 1906, Pvt. Dorsie Willis was the only to live long enough to see justice.

According to census records, Willis was born in Mississippi in 1886. His parents, Corsey and Dochie Willis were free born.  Willis joined Company D, 25th Infantry of the U.S. Army on January 5, 1905.  In July 1906 Willis’s battalion was sent to Fort Brown in Brownsville on the American bank of the Rio Grande and near its mouth.  His battalion replaced the white 26th Infantry.  The local residents, mostly Mexican and about 20% white, were not happy with the prospect of African American soldiers being stationed there, and the soldiers of the 25th Infantry immediately encountered harassment.

Less than three weeks later, between 12 and 20 men shot up Brownsville, killing one civilian and badly wounding another.  Witnesses identified the shooters either as black or as soldiers, which meant the same thing since all the enlisted soldiers at Fort Brown were black. Their motive was thought to be revenge for the harassment they had suffered.

Every soldier at Fort Brown denied taking part in the shooting or knowing who might have been involved.  Willis testified under oath he was in bed in his company’s barracks during the shooting and knew nothing about it.  But when army investigations concluded the shooters were unidentified soldiers, President Theodore Roosevelt ordered the discharge of every one on duty that night, including Dorsie Willis, without court-martial or other trial.

California Congressman Augustus F. Hawkins later persuaded his colleagues to also compensate Willis for the injustice of his original discharge, and on January 11, 1974, the U.S. Army sponsored a luncheon for Willis in Minneapolis, Minnesota where he now lived, and Army Major General De Witt Smith presented the veteran a check for $25,000. When Private Dorsie Willis died three years later on August 24, 1977, he was buried at the U.S. Military Cemetery at Fort Snelling, Minnesota with full military honors.