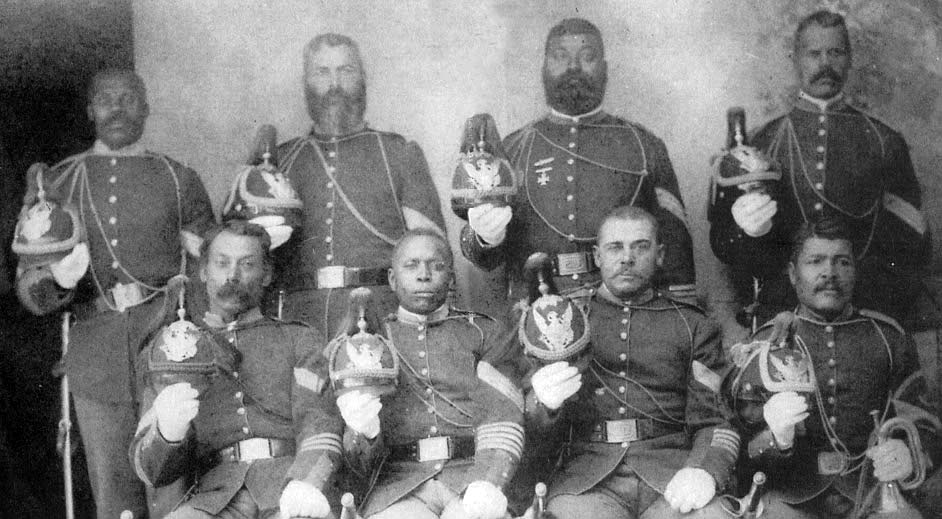 Emanuel Stance, the first African American to receive the Medal of Honor following the Civil War, was born in East Carroll Parish, Louisiana, in 1847.  Prior to joining the Ninth Cavalry in 1866, Stance was a “farmer,” often a euphemism in Army records for former slaves.  Stance was short, known for being a good scrapper with a bad temper.  More important than size or disposition, however, was literacy, a quality that distinguished him from many peers and secured him promotion.

Stance earned his place in history books in May 1870 while leading a patrol to find two kidnapped children near Fort McKavett, Texas.  During the two-day mission, Stance and his nine troopers skirmished with more numerous Apaches, capturing fifteen horses and protecting government supplies without suffering loss.  Elated by Stance’s success, his commander immediately recommended him for a Medal of Honor, which Stance received one month later, the first African American regular so honored.

This distinction obscures his checkered personal life and military career.  Although Stance eventually held the rank of first sergeant, he was reduced to private five times in twenty-one years of service.  He barely avoided discharge many times, his two courts-martial and various arrests highlighting his alcoholism, abusiveness, and sometimes violent nature.  A combination of these factors likely explains his murder on 25 December 1887 after a night of off-post revelry at Fort Robinson, Nebraska.

Never married and without children, Emanuel Stance left a mixed legacy.  It was a decade before another buffalo soldier was awarded a Medal of Honor despite ample evidence that Stance’s valor was anything but singular.  In recent years, Stance’s story has inspired motivational speakers and children’s tales that often minimize his volatile personality.  As historian Frank Schubert noted, Stance was a good soldier who lived in a brutal world; under better conditions with better leadership, he might have lived a better life.