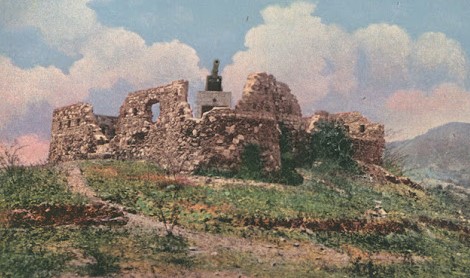 In the early 16th century, around 1511, Spain colonized Cuba. Cuba produced almost a third of the world’s sugar supply by 1860 through the work of enslaved Africans and other island natives stolen from their land. By the year 1895, Cubans revolted against the Spanish colonial rule on their land, beginning the Cuban War of Independence, fought between 1895 to 1898. At first, the United States stayed neutral, but that changed on February 15, 1898.

The American Battleship USS Maine, docked off the coast of Cuba, exploded and sank, killing over 250 American sailors and soldiers. Spain was blamed for the incident, and the US government declared war against that nation, creating the Spanish-American War, in April 1898.

The U.S. military objective was to defeat Spanish colonial forces and take control of its major colonies, Cuba, Puerto Rico and the Philippines. Major General William Shaftner, the former Commander of the 25th Infantry Regiment, one of the four Buffalo Soldier units in the U.S. Army, was now in charge of U.S. forces in Cuba. He led an expeditionary force of approximately 17,000 men, including nearly 3,000 black soldiers to the island from Tampa, Florida. The expeditionary force also included white soldiers from the 14th Infantry Regiment and a battalion of the 2nd Massachusetts Volunteer Regiment all of whom arrived in Cuba between June 7 and June 14, 1898.

On July 1, Buffalo Soldiers would engage in their first major conflict in Cuba, the Battle of El Caney. The battle was fought for the control of the Cuban town of El Caney. U.S. forces were advancing toward the Cuban city of Santiago, and a group of Spanish soldiers decided to take defensive positions at a blockhouse near El Caney to stop them. The 25th Infantry received orders to support forces advancing on Santiago by attacking El Caney. In all 6,653 American soldiers faced approximately 3,000 Spanish colonial troops and their Cuban allies.

The Battle of El Caney had begun before the Buffalo Soldiers arrived. When they did arrive, they found the 2nd Massachusetts were retreating. Someone gave a yell, and the members of the 25th and all-white 12th Infantry Regiments began heading up the hill to capture the blockhouse Spanish forces were defending. The Spanish successfully resisted the American advance for hours before their officers ordered some of them to surrender and others to retreat. Finally, Private Thomas C. Butler, Company H, 25th Infantry was first to enter the blockhouse and immediately took possession of the Spanish flag for his regiment. He was ordered by a white officer of the 12th Infantry to give it to him. Butler tore off a piece of the flag to show his superiors that he had in fact captured the flag. The soldiers of the 25th Infantry quickly regrouped to support the Battle of San Juan Hill which was going on almost simultaneously.