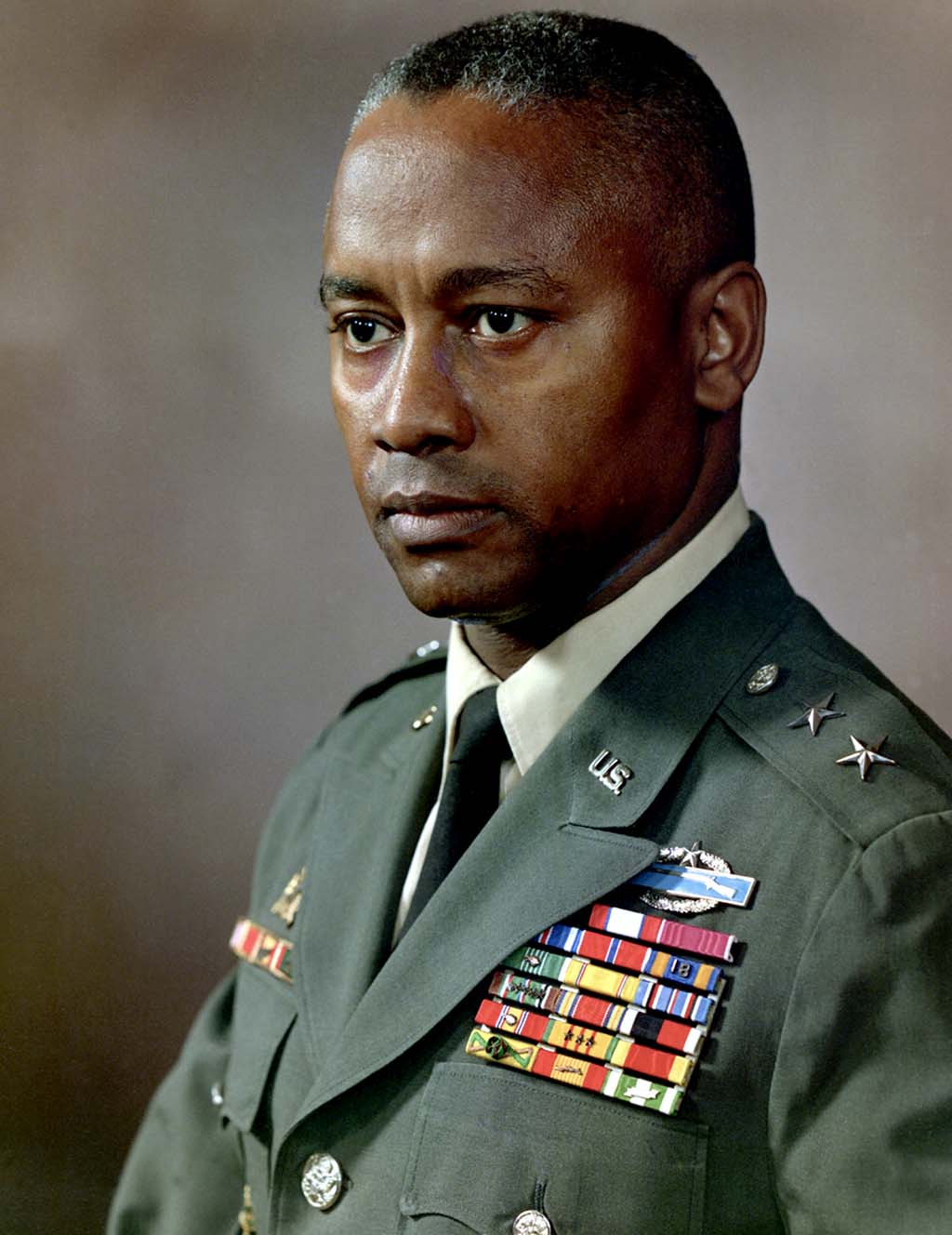 As an Army Major General, Frederic Ellis Davison paved the way for many African Americans who became military officers.  Through Davison’s decorated career, those he led and served alongside respected him. His legacy as an officer in World War II and the Vietnam War marked his place in both military and African American history.

Frederic Ellis Davison was born on September 28, 1917 in Washington D.C. He was born to Albert Charles Davison and Sue Bell Davison.  After his father died while he was a baby, Davison’s mother and grandmother raised him. Davison graduated from the all-black Dunbar High School in 1934. Later, he graduated from Howard University in 1938 where he majored in participated in ROTC and majored in zoology. After completing the ROTC program, Davison commissioned in the Army Reserve as a second lieutenant and got a Master’s degree from Howard. Davison was placed on active duty in 1941 as a regular officer just months before the U.S. entered World War II.

Davison’s time as an officer was at first within the racially-segregated Army. He served as a Captain in the all-black B Company, 371st Infantry which was part of the 92nd Infantry Division. also known as the “Buffalo” Division in tribute to the earlier Buffalo Soldiers who served in the U.S. Army in the 19th and early 20th Centuries. Davison was sent abroad with units that served in North Africa and Italy during the Sicily Campaign. By Davison’s own account, the units in the 92nd Division were poorly trained and were “designed to fail” from the weak senior leadership.

After the war, Davison enrolled again at Howard University as a medical student, but soon left to rejoin the regular Army.  He was placed as an instructor of an ROTC unit in South Carolina from 1947 to 1950.  In 1948, President Harry S. Truman signed Executive Order 9981, which integrated the Armed Forces.  This significantly increased the opportunities for Davison, as he then accepted a position as a professor at the Army Command and General Staff College in Fort Leavenworth, Kansas. This would be followed by his positions at stations both domestically, and in countries such as Germany and South Korea.  In Korea he was Chief of Personnel Services with the Eighth Army.

In 1967, Colonel Davison returned to duty in Vietnam.  He was assigned deputy commander of the 199th Brigade, and eventually the commander after his predecessor was wounded.  He led the Brigade during the 1968 Tet offensive. Davison was promoted to Brigadier General in 1968, and to Major General three years later.  This distinction made Davison the third African American to become a general in the Armed Forces, only behind Benjamin O. Davis, Sr. and Benjamin O. Davis, Jr.

Davison’s last assignment was as commander of the Military District in Washington before retiring from active duty in 1974.  His time in Washington was notable, due to his performance in ceremonial duties with then President Gerald Ford. After his retirement, he became and executive assistant to the President of Howard University until retiring from that position in 1985.  A member of Kappa Alpha Psi Fraternity and the National Council of Christians and Jews, his work with the homeless in Washington, D.C. led to a homeless shelter being named after him.

General Frederic Ellis Davison passed away on January 24, 1999 due to a kidney ailment. He 82 and was buried at Arlington National Cemetery.