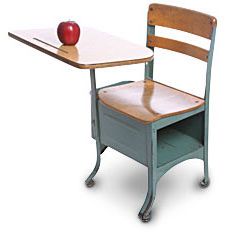 Teacher Strategies for Effectively Incorporating the Website into Everyday Instruction

With over 10,000 pages of information BlackPast.org is the single largest free and unrestricted resource on African American and African history on the Internet today.  The articles and outlines below are suggestions and guides provided by teachers to help other instructors effectively utilize this vast resource.  Click on to any of the major headings, Lessons, Teachers Thinking About Topics, or Fun Stuff, or their subheadings to be taken to pages that describe in detail the outlines and suggestions.   All of this information was compiled by classroom teachers.  These volunteers may be contacted directly for additional information or suggestions through the signature links at the end of their pages.  The Teacher Advisory Board that organized this resource and the staff of BlackPast.org also welcomes your suggestions.  Please send those directly to Lee Micklin, the Board Chair.

1. Booker T. Washington vs. W.E.B. Du Bois: Structured Academic Controversy
Lee Micklin, Bothell High School and Skyview Junior High, Bothell, WashingtonThrough the study of speeches, and other primary documents students will identify and understand the differing positions of Booker T. Washington and W.E.B. Du Bois on the following topics: Black Advancement, Race relations, and Education.   Students work in teams engaging in a Structured Academic Controversy, involving both debate and consensus.  In a follow-up writing assignment students will express their own position in either a persuasive or synthesis essay.

2. We Wear the Mask
Adam Gish, Garfield High School, Seattle, Washington
Students will listen to Paul Robeson’s “Old Man River”, read “We Wear the Mask” by Paul Laurence Dunbar and study excerpts from W.E.B. Du Bois “Souls of Black Folk, Our Spiritual Strivings, Chapter I”. This essential question is considered: What are our human masks? What do they cover?  How and why do we wear them? The lesson culminates in creating a symbolic and artistic mask and communicating about it with others in a gallery walk.

3. Civil Rights Speeches: A Rhetorical Analysis
Joel C. Jacobson, Nathan Hale High School, Seattle, Washington.
Four historic speeches explore the tensions found within the American ideals of individual liberty and universal equality.  Each speech argues a position in regards to how these ideals should relate to the application of civil rights within a nation that struggles to come to terms with its radical declaration that all people are created equal and endowed with the rights of life, liberty and the pursuit of happiness. Studying the four speeches, including Malcolm X’s “Racial Separation,” Lyndon B. Johnson’s “The Voting Rights Act,” George Wallace’s “Segregation Now, Segregation Forever,” given in the 1960s in the midst of the civil rights movement, and one contemporary speech Barack Obama’s “Keynote Address at the 2004 Democratic National Convention” will allow students to explore how the speakers use rhetorical strategies to present their ideas on a topic that continues to be relevant today.

In this section various teachers use BlackPast.org to discuss how they grapple with the major historical and contemporary topics. Using “Toni Morrison’s “Playing in the Dark” and other features from BlackPast.org, Doug Edelstein, Nathan Hale High School, Seattle, Washington, discusses in an essay titled, Teaching Race in Schools in the 21st Century, the implications and challenges all teachers face in providing instruction on race in literature, history, and social studies.

David Kilpatrick-White, Bothell High School and Canyon Park Junior High School, Bothell, Washington, in an essay titled, How to Use Controversial Images to Engage Students in History, considers some of the successful and unsuccessful outcomes that may incur when teachers use photographs and other images to engage students in history.  He shares some Do’s and Don’t’s in using images to achieve sensitizing vs. sensationalizing results. Also included are creative ideas for using photographs in the social studies curriculum.

Jeopardy: African American Firsts
This section, developed by Robert Mueller, Skyview Junior High, Bothell, Washington,and Dr. Annjennette McFarlin, Professor Emeritus, Grossman Community College, San Diego, California, is dedicated to using games and other fun activities as education tools.  Featured this month is a Jeopardy Board and Activity: African American Firsts in Sports.  Use this as a model for those you might devise for your classes.  And please share the best of your games with BlackPast.org so they can be used by teachers around the world.

Lesson, How to Use the Jeopardy Board: African American Firsts in Sport (PDF)

We Recommend
Listed below are lesson plans, websites, and other resources that the Teacher Advisory Board believes will help educators enhance their teaching of African American, Global African, and in fact all history related to BlackPast.org.  While the Board has searched the Internet for these resources, there are always good one that we have missed.  If you know of other lesson plans or websites (including your own) that you recommend, please contact the Teacher Advisory Board Chair,Lee Micklin, so that they may be considered for inclusion on this page.

African American History at the Library of Congress

The Faces of Science: African Americans in the Sciences

BBC: The Story of Africa

The Declaration of Independence: Created Equal?

John Horse and the Black Seminoles

Slavery in the United States: Primary Sources and the Historical Record

Robert Smalls: From Slavery to Politics

Segregated America in the Gilded and Progressive Eras, 1878-1915

After Reconstruction: Problems of African Americans in the South

Ida B. Wells: A Lifetime of Activism

In Motion Lesson Plan: The Great Migration, Mapping the Migration

Blacks and Jews in the Civil Rights Movement

Smithsonian National Museum of American History: Resources, Separate is Not Equal, Brown v. Board of Education