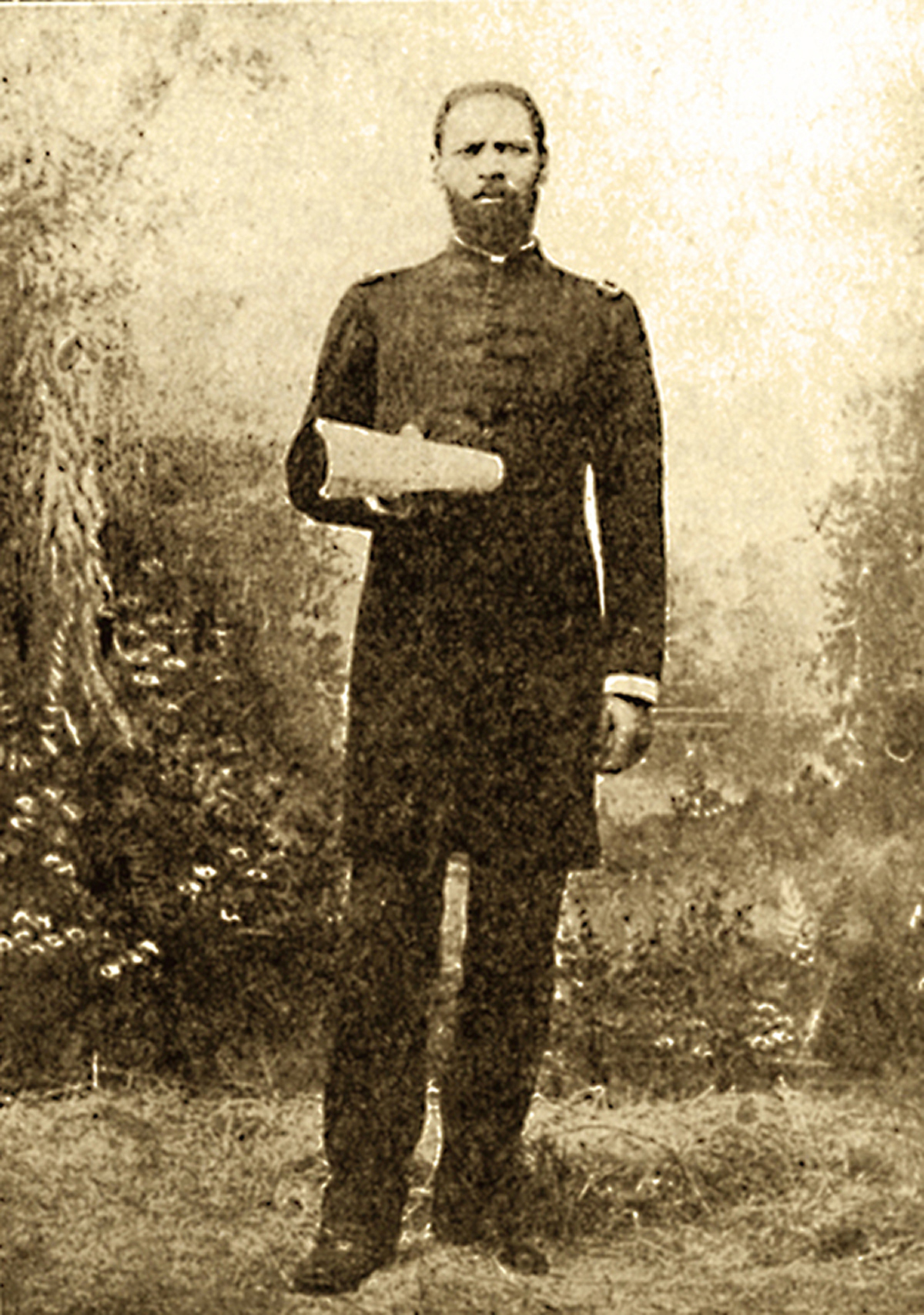 Henry Vinton Plummer was an American Baptist preacher and a chaplain with the United States Army with the Buffalo Soldiers. Plummer was born into slavery on July 30, 1844 on the Three Sister Plantation near Bowie, Maryland. His father was Adam Francis Plummer, and his mother was Emily Sauders Plummer. His siblings included Sarah Miranda Plummer Clark and Nellie Arnold Plummer. In 1851, Plummer and his mother were sold and taken live first in Washington D.C. and then later in Ellicott Mills, Maryland.

In 1862, Plummer escaped slavery while searching for his father who was on the Riversdale Plantation in Prince George’s County, Virginia. Finding Adam Francis Plummer, they both hid until they were able to free his grandmother and get her to Washington D.C. where slavery had just been abolished.

In 1864, Plummer enlisted with the United States Navy and was honorable discharged after a year. He initially returned to the Riversdale Plantation to live with his parent and siblings but in 1866, they sent him to New Orleans, Louisiana to search for his sister, Sarah who was sold in 1860. Plummer reunited with his and remained in Louisiana where in 1867, he married Julia Lomax. The couple had nine children together.

The Plummers returned to the Washington D.C. area where in 1870, he founded the Union Association of Bladensburg, Maryland. A year later, he received an appointment as a watchman for the U.S. Postal Service in Washington D.C. In 1872, Plummer enrolled at Wayland Seminary in Washington D.C and after he graduated, he became the pastor at St. Paul Baptist church in Bladensburg, Maryland. Plummer remained at St. Paul from 1876 to 1881 but in 1876, he co-founded Mount Carmel Church in Washington D.C. In 1882, Plummer became pastor of Mount Carmel where he served there until 1884. Plummer was also involved in politics where he was a representative for Prince George’s County at the Maryland State Republican Convention both in 1872 and 1876.

In 1883, Plummer was a Republican candidate for the Maryland House of Delegates but he believed because of his race he was passed over for the nomination. Plummer, however, remained active in the local GOP and in 1884, President Chester A. Arthur appointed Plummer chaplain of the 9th Cavalry Regiment, a Buffalo Soldier unit. At the time he was the only black officer in the U.S Army. Plummer was stationed at Fort McKinney in Wyoming from August 1, 1885 to March 10, 1891. He also served for a time at Fort Riley, Kansas.

Controversy swirled around Plummer while he stationed at Fort Robinson, Nebraska. In the 1890’s, he started a newspaper that called on black soldiers to physically defend themselves from abuse. In August 1894, with the support of famed minister preacher Henry Turner, a former member of the Georgia legislature, Plummer proposed a scheme to Secretary of War Daniel S. Lamount for moving some African Americans to Africa. On August 23, 1894, Plummer was court martialed for drinking, furnishing liquor to enlisted men, and behaving inappropriately. Despite protesting his innocence, he was found guilty and dishonorably discharged from the U.S. Army. Plummer and his family then moved to Kansas, where he pastored churches and held offices in the Kansas State Baptist Convention. Henry Vinton Plummer died on February 10, 1905 in Kansas City, Kansas at the age of 60.