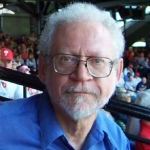 Alonzo Smith is currently a professor of history at Montgomery College, in Rockville, Maryland. After graduating from Georgetown University in 1962, he served for three years as a schoolteacher in the Republic of the Ivory Coast, in West Africa, first as a Peace Corps Volunteer, and then as an employee of the Ivory Coast Ministry of National Education. He later earned the M.A. degree in African History from Howard University, and the Ph.D. degree in African American History from the University of California at Los Angeles (UCLA). He has taught at Los Angeles City College, the Black Studies Center of the Claremont Colleges, California Polytechnic State University, San Luis Obispo, the University of Nebraska at Omaha, and Hampton University. From 1991 to 1992 he was program director and country manager for the nonprofit governmental organization, Africare, in Sierra Leone. His publications include An Illustrated History of African Americans in Nebraska, co-authored with Bertha Calloway. From 1994 to 2005 he was a research historian and associate curator at the Smithsonian’s National Museum of American History, where he served as one of two co-curators for the exhibition, “Separate Is Not Equal: Brown v. Board of Education.” His research and teaching interests include; contemporary African Studies, twentieth century African American history, and peace and social justice issues.

Howard University has been labeled “the capstone of Negro education,” because of its central role in the African American educational experience.  Among historically black colleges and universities (HBCUs) Howard has produced the greatest number of graduates with advanced degrees.  Originally conceived as a theological school … END_OF_DOCUMENT_TOKEN_TO_BE_REPLACED

Michael Steele is a Republican political leader from Maryland who was Lieutenant Governor of that state from 2003 through 2007. In January of 2009 he became the first African American elected to chair the National Republican Party. Born at Andrews Air Force Base in Prince … END_OF_DOCUMENT_TOKEN_TO_BE_REPLACED

An influential African American economist who is known for his controversial views on race, ethnicity, and socioeconomic status, Thomas Sowell was born in Gastonia, North Carolina in 1930.  When he was eight, his family moved to Harlem, New York.  His father, a construction worker, did … END_OF_DOCUMENT_TOKEN_TO_BE_REPLACED

Born in Brooklyn, New York, Maryland politician Wayne Keith Curry’s father, Eugene, was a schoolteacher and his mother, Juliette, was a homemaker and later a secretary.  When the family moved to Cheverly, Maryland in the 1960s, they encountered various forms of discrimination, including exclusion from … END_OF_DOCUMENT_TOKEN_TO_BE_REPLACED

Kurt L. Schmoke, born in Baltimore, Maryland, on December 1, 1949, came from a middle class background.  His father, Murray, a civilian chemist for the U.S. Army, was a graduate of Morehouse College, and his mother, Irene was a social worker. Schmoke attended the city’s … END_OF_DOCUMENT_TOKEN_TO_BE_REPLACED

Charlotta Bass was a feminist, a crusading journalist, and a major African American activist on the West Coast through the first half of the twentieth century.  Born Charlotta Amanda Spears in Sumter, South Carolina in 1879 or 1880, she migrated first to Rhode Island, and … END_OF_DOCUMENT_TOKEN_TO_BE_REPLACED

Born in New Orleans, Louisiana on October 9, 1929, Ernest “Dutch” Morial grew up in the city’s English and French-speaking Seventh Ward.  His father was a cigar maker and his mother was a seamstress.  Graduating from Xavier University, a historically black Catholic institution in 1951, … END_OF_DOCUMENT_TOKEN_TO_BE_REPLACED

Thomas J. “Tom” Bradley, five-term Mayor of Los Angeles and the first major black candidate for Governor of California, was born in Calvert, Texas, on December 29, 1917, the son of Lee Thomas Bradley, a railroad porter, and Crenner Bradley, a maid.  He was the … END_OF_DOCUMENT_TOKEN_TO_BE_REPLACED

The infamous Omaha Courthouse Lynching of 1919 was part of the wave of racial and labor violence that swept the United States during the “Red Summer” of 1919. It was witnessed by an estimated 20,000 people, making it one of the largest individual spectacles of … END_OF_DOCUMENT_TOKEN_TO_BE_REPLACED