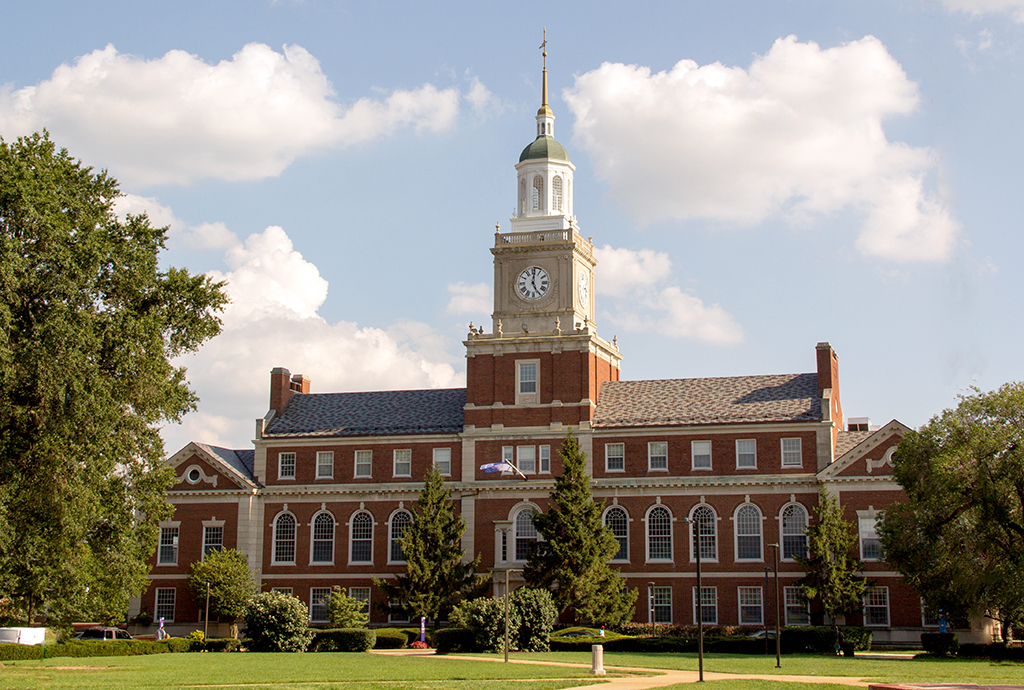 Howard University has been labeled “the capstone of Negro education,” because of its central role in the African American educational experience.  Among historically black colleges and universities (HBCUs) Howard has produced the greatest number of graduates with advanced degrees.  Originally conceived as a theological school in 1866, Howard University was chartered as a university by an act of the United States Congress in 1867.  It is the only HBCU to hold that distinction.  Named after Oliver Otis Howard, a Civil War general who became commissioner of the Freedmen’s Bureau, the institution was from its inception committed to graduate and professional education in sharp contrast to most other black postsecondary institutions of that era.

As an example of this, Howard established the first black law school in the nation only two years after its founding and in 1872, Charlotte Ray was one of its first graduates.  Ray was the first woman graduate from the school and the first woman admitted to the District of Columbia Bar.  From its founding down to 1926 Howard’s presidents were all white, but in that year, Stanley Durkee was replaced by Mordecai Wyatt Johnson.

Howard University’s faculty has provided significant leadership in African America. Its ranks have included Kelly Miller, the sociologist and philosopher, Carter G. Woodson, the historian who originated Black History Month, Alain Locke, the first black Rhodes Scholar and in the 1920s, promoter of the Harlem Renaissance, and Ralph Bunche, the political scientist who would later work for the United Nations and in 1948 win a Nobel Peace Prize for brokering a peace between Israel and its Arab neighbors.  In 1929 President Johnson appointed Charles Hamilton Houston as vice dean of the Law School.  Under his leadership, Howard Law became the major center in the U.S. for civil rights law, training a generation of black lawyers dedicated to that goal including most notably Thurgood Marshall who argued the Brown v. Board decision which desegregated public schools in 1954, and who thirteen years later became the first African American Justice on the U.S. Supreme Court.  The growth of the Moorland Spingarn Research Center, established in 1930 with the appointment of Dorothy Porter, firmly established Howard as a major research center of African American studies, and the appointment of Charles Drew in 1942 as head of the Department of Surgery were among several examples of Howard’s rise to intellectual preeminence.

Additionally Howard University students have maintained traditions of social activism, community service, and a vital campus life.  Student activism in the 1920s led to the appointment of Mordecai Johnson. During the 1930s Howard students engaged in protest demonstrations against segregation and job discrimination by stores in downtown Washington, D.C.  In the early 1960s, Howard students including Stokely Carmichael participated in civil rights protests sweeping across the South.  The wave of youth activism that swept the United States and the world in 1968 was reflected in a student strike that closed the University, out of which came steps to increase student participation in university governance.  In the aftermath of Hurricane Katrina in 2005, Howard students spent several of their spring vacations working to assist the residents of New Orleans, Louisiana.  In September 2009, 350 students and Service Employees International Union members engaged in a demonstration involving student aid and housing and campus labor practices, and after the 2010 earthquake disaster in Haiti, the student-led Howard University Haitian Relief Fund raised almost $45,000 in three days, to be donated to Doctors Without Borders, and Save the Children.

In August of 2008 Sidney A. Ribeau, formerly president of Bowling Green State University in Ohio, became Howard’s sixth president.  In addition to improving student services, he is committed to strengthening programs in Science, Technology and Mathematics, and in expanding the University’s international reach.