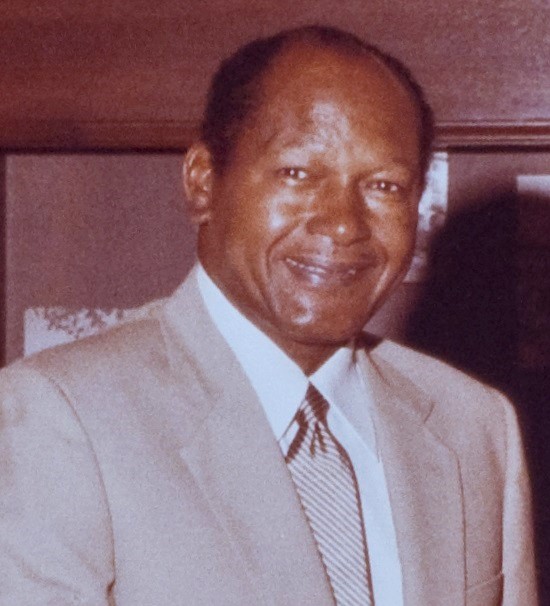 Thomas J. “Tom” Bradley, five-term Mayor of Los Angeles and the first major black candidate for Governor of California, was born in Calvert, Texas, on December 29, 1917, the son of Lee Thomas Bradley, a railroad porter, and Crenner Bradley, a maid.  He was the grandson of former slaves.

Bradley graduated from Los Angeles Polytechnic High School in 1937, and then attended the University of California at Los Angeles (UCLA) until 1940 when he left the institution to join the Los Angeles Police Department.  While at UCLA, Bradley joined Kappa Alpha Psi Fraternity.  In 1941 Bradley married Ethel Arnold.  The couple had three children, Lorraine, Phyllis, and a baby who died on the day of her birth.

Bradley rose to become a Lieutenant by 1960, the highest ranking African American at that time.  While serving on the force, he earned his law degree at Southwestern University in Los Angeles.

Admitted to the bar in 1962, he served on the Los Angeles City Council from 1963 to 1972.  Bradley’s sprawling 10th District in West Central Los Angeles covered the Crenshaw area, a multiethnic community that included many white voters.  With this base Bradley forged a coalition between middle class blacks and whites which was a major factor in his political success.

During his tenure on the Los Angeles City Council, Bradley criticized racist attitudes within the Los Angeles Police Department (LAPD), including the Department’s handling of the 1965 Watts Rebellion.  In 1969, in his first mayoral bid, most polls showed him in the lead.  But his opponent, incumbent mayor Sam Yorty, with the backing of conservative police officers who resented Bradley’s criticisms, successfully played on white racial fears by falsely portraying him as a Black Panther Party supporter.

Bradley lost the 1969 race but when pitted against Yorty again in 1973, he won and became the city’s first black mayor in modern times.  Bradley was elected four additional times and thus served as mayor of Los Angeles for twenty years, again a record in the modern era.  His tenure saw increased civilian control over the LAPD, the securing of his city as host for the 1984 Summer Olympic Games, the rapid development of downtown Los Angeles, the beginnings of a mass rapid transit system, and the emergence of the city as a major global economic and cultural center. Bradley was also a member of Sigma Pi Phi fraternity.

Bradley made two bids for the California governorship, in 1982 and 1986.  In the first election he lost to California Attorney General George Deukmejian by 30,000 votes out of some 7.6 million ballots cast, one of the smallest margins in state history.  In a rematch of the 1982 gubernatorial contest four years later, incumbent Governor Deukmejian handily defeated Bradley by 1.6 million votes.

Toward the end of his term as Los Angeles Mayor Bradley increasingly came under fire not only from conservative whites but also African American community activists, particularly during the civil disturbances in the wake of the 1991 beating of motorist Rodney King.  Bradley chose not to run for reelection in 1993.  He died five years later on September 29, 1998.  He was 80.  Several landmarks, including the Bradley Terminal at the Los Angeles International Airport, now bear his name.