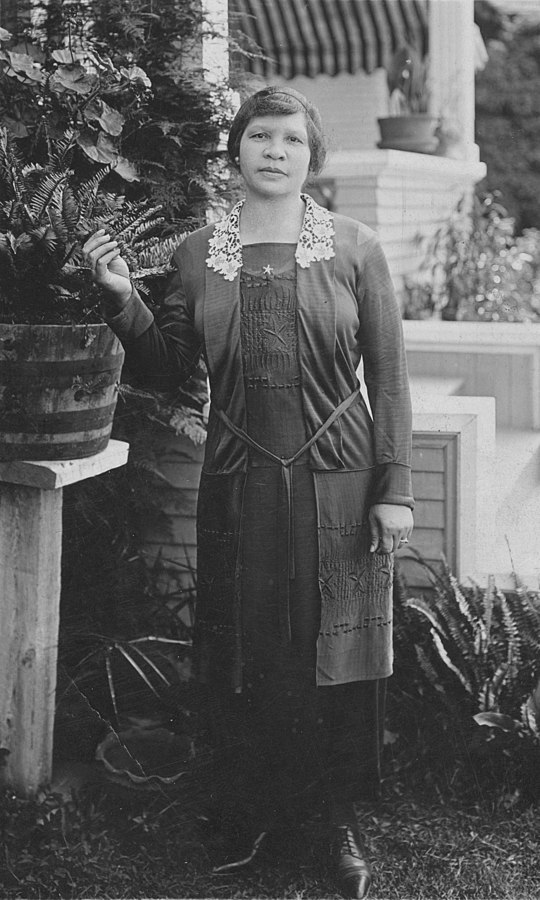 Charlotta Bass was a feminist, a crusading journalist, and a major African American activist on the West Coast through the first half of the twentieth century.  Born Charlotta Amanda Spears in Sumter, South Carolina in 1879 or 1880, she migrated first to Rhode Island, and in 1910, to Los Angeles, California.  She sold subscriptions for the Eagle, a black newspaper founded by John Neimore in 1879. After Neimore’s death Bass bought the newspaper and became editor, renaming it the California Eagle. In 1914 she married Joseph Blackburn Bass, who was the newspaper’s editor until his death in 1934.

Prior to 1930, Bass was a staunch Republican, whose targets included the southern California Ku Klux Klan, as well as officials of Franklin Roosevelt’s New Deal.  With the rise of fascism in Europe, she became convinced that the most effective opposition to Hitlerism lay in the Soviet Union.  Although never an avowed Marxist or a member of the Communist Party, USA, her editorials reflected her conviction that democracy, both at home and abroad, was in greater peril from the political right than from the left.

A dedicated supporter of Henry Wallace in 1948, she ran as the Progressive Party candidate for Vice President in the Presidential Election of 1952.  Bass was the first African American woman to be nominated for Vice President. Beginning in the mid-1940s she came under FBI surveillance which compiled an extensive file on her.  By the late 1940s, she worked with trade union leaders in the Los Angeles area, as well as political activists such as Paul Robeson.  Political persecution, along with competition from a rival black community newspaper, the Los Angeles Sentinel, prompted Bass to sell the Eagle, and focus on political activism, which she continued until her death in 1969.