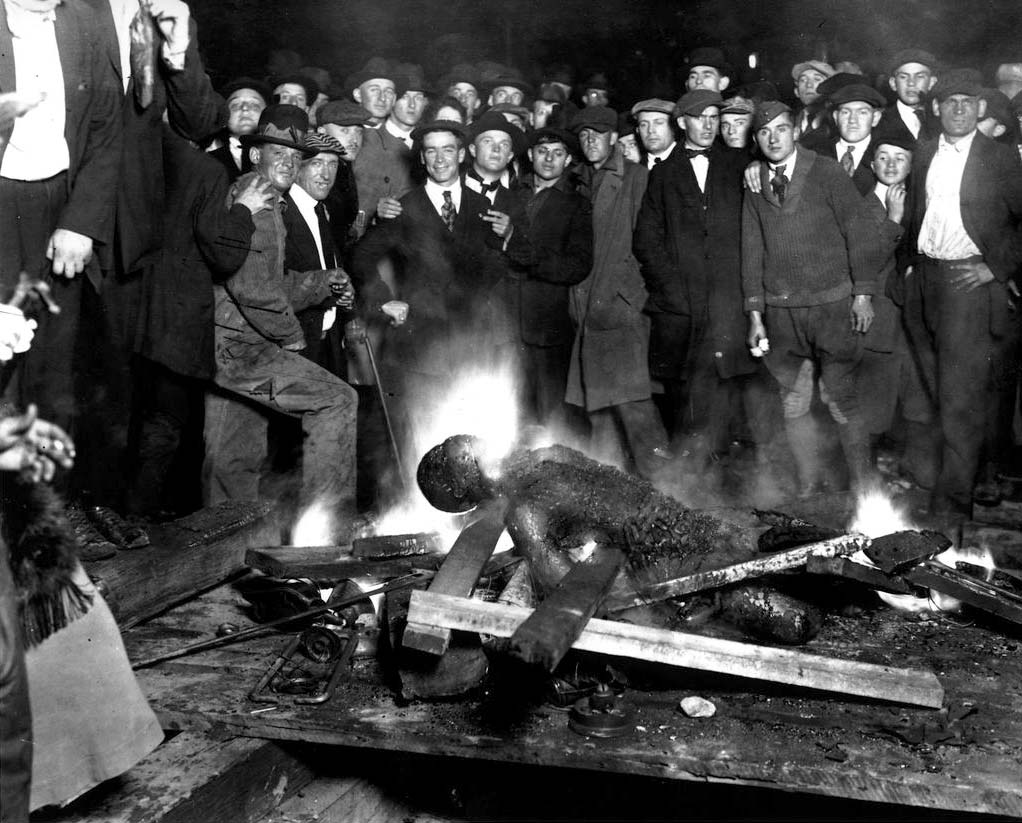 The infamous Omaha Courthouse Lynching of 1919 was part of the wave of racial and labor violence that swept the United States during the “Red Summer” of 1919. It was witnessed by an estimated 20,000 people, making it one of the largest individual spectacles of racial violence in the nation’s history.

The Great Migration brought tens of thousands of African Americans to northern industrial cities—including Omaha, Nebraska, which saw its black population double from 4,426 to 10,315 in the second decade of the 20th Century. The growing black population and resentment over job competition by white ethnic groups helped fuel racial tension in Omaha as it did in other cities across the North.

Following a national pattern, the Omaha Bee exploited this tension by the summer of 1919 carrying daily newspaper accounts of attacks by African American males on white women, without similar coverage concerning assaults on African American women, by either black or white males. Although the other major Omaha newspapers carried similar stories, the Bee sensationalized the news the most, blaming in particular Mayor Edward P. Smith and his hand-picked police chief, Marshall Eberstein.

One particularly provocative story in September, 1919 described Will Brown, a 40-year-old African American meat-packinghouse worker who was accused of raping a 19-year-old white woman, Agnes Lobeck. Prior to Brown’s arrest, the Bee carried detailed accounts of the story along with pictures of Brown and Lobeck. When police went to Brown’s residence to arrest him, a mob tried and failed to seize him. He was arrested and held for a few hours in the Douglas County Courthouse in downtown Omaha. Largely due to the newspaper story, a mob of 250 men and women gathered in the while working class area of South Omaha and marched north into downtown, gathering outside of the Courthouse in the late afternoon of Sunday, September 28.

Mayor Edward P. Smith arrived on the scene and attempted to persuade the rioters to leave. He was struck on the head from behind, a rope was placed around his neck, and his unconscious body was strung up to a lamppost. He was cut down before he succumbed, but the mob then broke into the courthouse, tore off Brown’s clothing as he was being dragged out, hanged him from a lamppost, and riddled his already dead body with bullets. His body was then tied to a police car, dragged to a major downtown intersection, and then burned. Fragments of the rope used to lynch him were sold as souvenirs for 10 cents apiece. Numerous photographs were taken, including one which shows some of the lynchers proudly posing behind Brown’s charred body. That photo became known around the world as the iconic image of Red Summer violence.

After Brown had been killed, US Army units arrived on the scene and set up one command post at the intersection of 24th and Lake Streets, which remains the heart of Omaha’s black community to this day, and another in South Omaha, the neighborhood from which most of the rioters had come. The official announcement was that the 24th and Lake Street post was there to protect African Americans from further violence, but oral legend in the black community holds that its purpose was to prevent retaliation by black Omahans who were waiting on the rooftops of 24th Street with guns.

One of the witnesses to the lynching was young future actor Henry Fonda, who later remembered, “It was the most horrendous sight I’d ever seen… My hands were wet and there were tears in my eyes. All I could think of was that young black man dangling at the end of a rope.”

Smith, A. (2007, January 22) The Omaha Courthouse Lynching of 1919. Retrieved from https://www.blackpast.org/african-american-history/omaha-courthouse-lynching-1919/