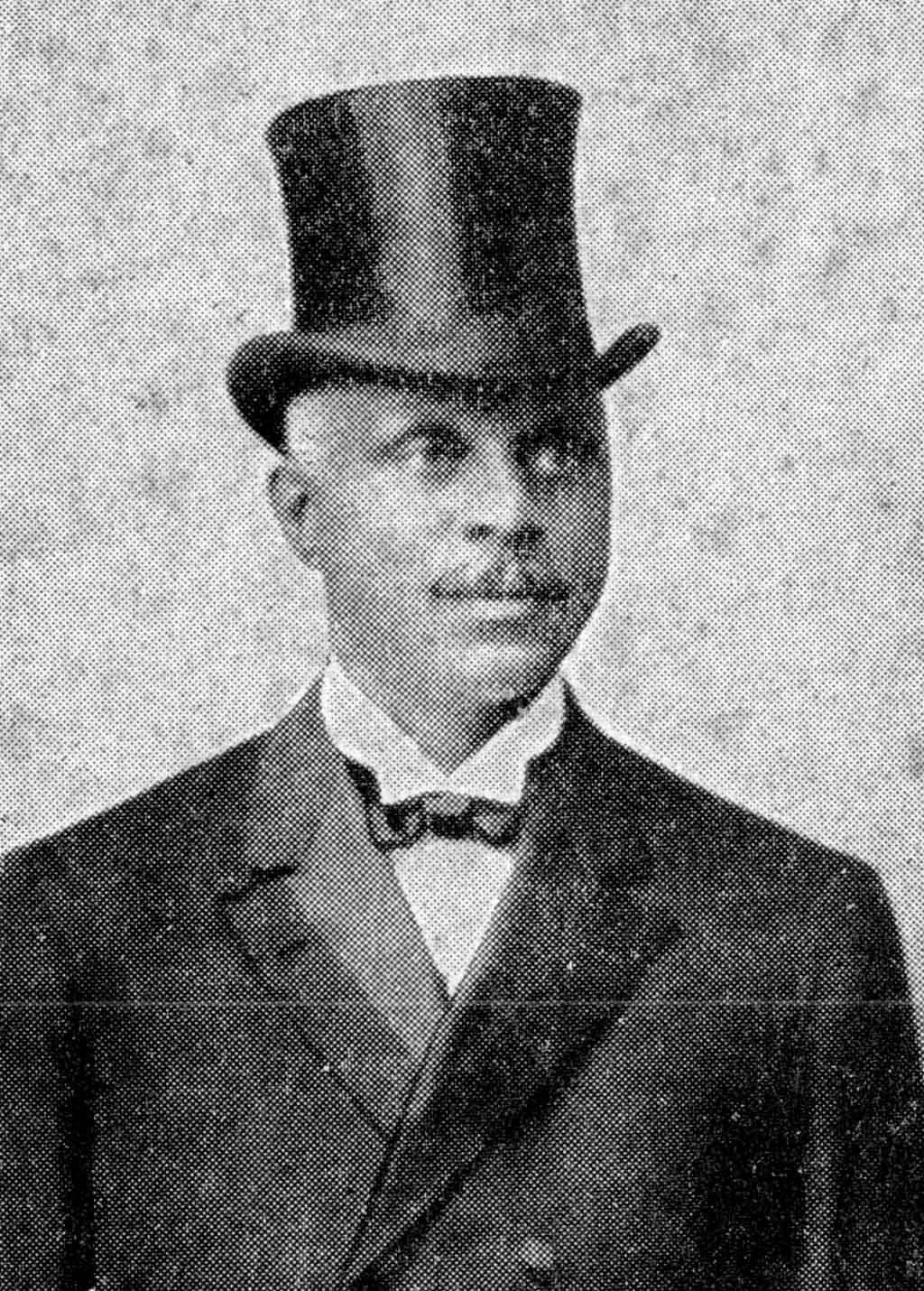 Born in the pre-Civil War South to a mother who was free and a father who was enslaved, George Edwin Taylor would become the first African American selected by a political party to be its candidate for the presidency of the United States.

Taylor was born on August 4, 1857 in Little Rock, Arkansas to Amanda Hines and Bryant (Nathan) Taylor. At the age of two, George Taylor moved with his mother from Arkansas to Illinois. When Amanda died a few years later, George fended for himself until arriving in Wisconsin by paddleboat in 1865. Raised in and near La Crosse by a politically active black family, he attended Wayland University in Beaver Dam, Wisconsin from 1877 to 1879, after which he returned to La Crosse where he went to work for the La Crosse Free Press and then the La Crosse Evening Star. During the years 1880 to 1885 he produced newspaper columns for local papers as well as articles for the Chicago Inter Ocean.

Taylor’s newspaper work brought him into politics—especially labor politics. He sided with one of the competing labor factions in La Crosse and helped re-elect the pro-labor mayor, Frank “White Beaver” Powell, in 1886. In the months that followed, Taylor became a leader and office holder in Wisconsin’s statewide Union Labor Party, and his own newspaper, the Wisconsin Labor Advocate, became one of the newspapers of the party.

In 1887 Taylor was a member of the Wisconsin delegation to the first national convention of the Union Labor Party, which met in Ohio in April, and refocused his newspaper on national political issues. As his prominence increased, his race became an issue, and Taylor responded to the criticism by increasingly writing about African American issues.  Sometime in 1887 or 1888 his paper ceased publication.

In 1891 Taylor moved to Oskaloosa, Iowa where he continued his interest in politics, first in the Republican Party and then with the Democrats.  While in Iowa Taylor owned and edited the Negro Solicitor, and became president of the National Colored Men’s Protective Association (an early civil rights organization) and the National Negro Democratic League, an organization of blacks within the Democratic Party. From 1900 to 1904 he aligned himself with the Populist faction that attempted to reform the Democratic Party.

Taylor and other independent-minded African Americans in 1904 joined the first national political party created exclusively for and by blacks, the National Liberty Party (NLP). The Party met at its national convention in St. Louis, Missouri in 1904 with delegates from thirty-six states. When the Party’s candidate for president ended up in an Illinois jail, the NLP Executive Committee approached Taylor, asking him to be the party’s candidate.

While Taylor’s campaign attracted little attention, the Party’s platform had a national agenda: universal suffrage regardless of race; Federal protection of the rights of all citizens; Federal anti-lynching laws; additional black regiments in the U.S. Army; Federal pensions for all former slaves; government ownership and control of all public carriers to ensure equal accommodations for all citizens; and home rule for the District of Columbia.

Taylor’s presidential race was quixotic. In an interview published in The Sun (New York, November 20, 1904), he observed that while he knew whites thought his candidacy was a “joke,” he believed that an independent political party that could mobilize the African American vote was the only practical way that blacks could exercise political influence. On election day, Taylor received a scattering of votes.

The 1904 campaign was Taylor’s last foray into politics. He remained in Iowa until 1910 when he moved to Jacksonville, Florida. There he edited a succession of newspapers and was director of the African American branch of the local YMCA. He was married three times but had no children. George Edwin Taylor died in Jacksonville on December 23, 1925 at the age of 68.