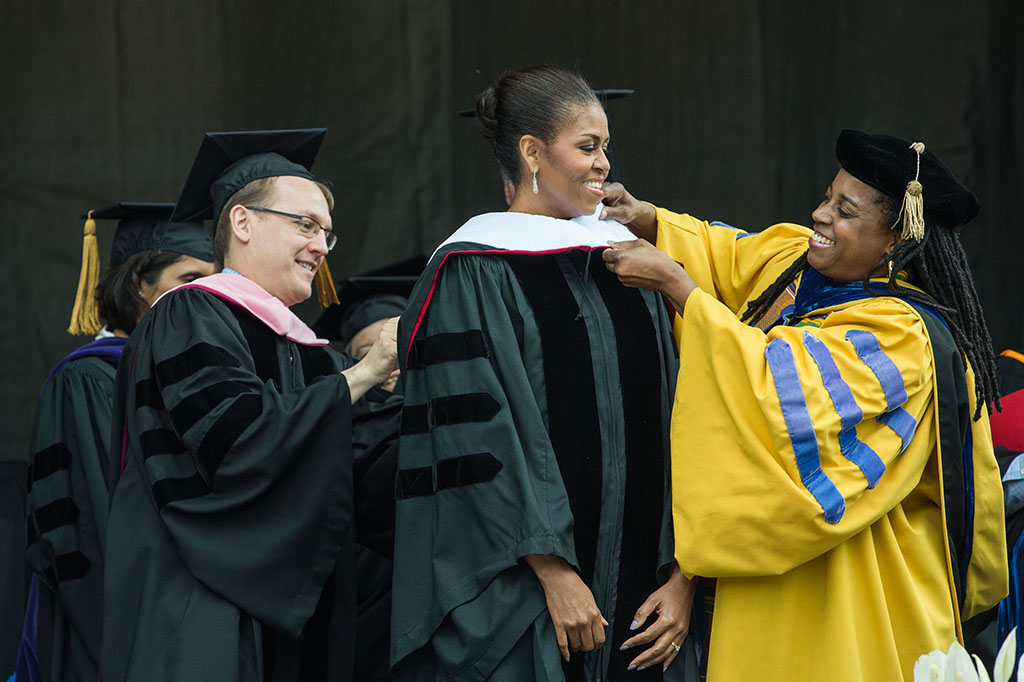 Oberlin College which was named Oberlin Collegiate Institute until 1850, is a private liberal arts college in Oberlin, Ohio.   In 1833, Presbyterian ministers John Jay Sipherd and Philo P. Stewart founded the institution as a college preparatory institute to promote Christian values.  Oberlin’s progressive history began during the antebellum period.  In 1835 it became the first predominantly white collegiate institution to admit African American male students and two years later it opened its doors to all women, becoming the first coeducational college in the country.   In 1862, Mary Jane Patterson earned a B.A. degree in education from Oberlin, becoming the first African American woman to earn a degree from an American college. Other black women had graduated earlier but did not receive the collegiate degree (BA). Oberlin continued to be an important institution for African Americans for the next century.  By 1900, one third of all black professionals in the U.S. had undergraduate degrees from Oberlin.

Oberlin’s commitment to the abolition of slavery made it a welcoming and safe environment for 19th Century black students.  As part of the Underground Railroad, Oberlin’s intricate network of back road routes and safe houses, the college and town provided refuge for fugitive slaves bound for Canada.  In 1858, students, faculty, and residents of Oberlin and nearby Wellington, Ohio rescued a runaway slave John Price from U.S. marshals, and transported him to freedom in Canada.  The incident which became known as the Oberlin-Wellington Rescue, received significant press coverage. One year later three African American residents of the town of Oberlin, Shields Green, Lewis Sheridan Leary, and John Anthony Copeland, participated in John Brown‘s Raid on Harpers Ferry.

Oberlin College continued to promote social and racial justice for the next century.  During the early 1960s its campus chapter of the National Association for the Advancement of Colored People (NAACP) joined other activists in Cleveland sit-ins and boycotted Ohio businesses that practiced segregation.  During the decade the college also invited civil rights leaders like Roy Wilkins of the NAACP and Malcolm X of the Nation of Islam. Dr. Martin Luther King, Jr., spoke at Oberlin on numerous occasions throughout the 1950s and 1960s.   In 1965 Dr. King was the college’s commencement speaker.  Just before his address Oberlin officials awarded him an honorary degree of humane letters.

In the 1970s Oberlin College officials celebrated its abolitionist legacy with Cameron Armstrong’s “Underground Railroad Monument,” a sculpture of a railroad track emerging from the ground reaching skyward.  The city’s Martin Luther King Park contains other monuments honoring the Oberlin-Wellington Rescue and the Harpers Ferry Raid.