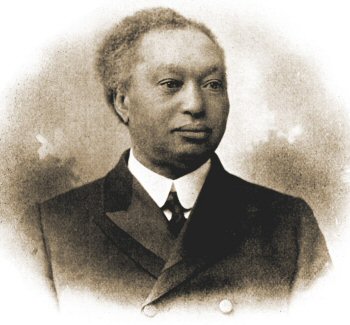 Born a slave, Thomas Rutling was one of only four Fisk Jubilee Singers who remained with the company through all three of their pioneering tours between 1872 and 1877. After completing a tour of Europe he refused to return to racist America, he lived the rest of his life in Great Britain as a performer and teacher.

Rutling’s mother spent so much time hiding from her master in the wilds of Wilson County, Tennessee that he often wondered if he had been born in the woods. She was always dragged back and savagely whipped, until her owners decided to sell her. “The very earliest thing I remember was this selling of my mother,” he recalled when he was a Jubilee Singer. In middle age, Rutling could still recall the feel of the lash licking his infant arm as they struck her for clinging to him.

When Rutling’s master died, his daughter traded two of her slaves for Rutling and brought him with her to her elderly husband’s plantation. As a young table servant, Rutling often overheard his owners conversing about the Civil War and relayed their news to his fellow slaves.  In 1863, a column of Union troops marched through Wilson County, announcing that from now on Rutling and his fellow slaves could consider themselves emancipated. “Tom, we are free!” exclaimed Rutling’s older brother. “Now we’ll have horses and carriages like master.” But the horses and carriages did not materialize, and Rutling and his brother moved to Nashville, where they lived with their sister, who taught Tom some rudiments of reading and arithmetic.  Eventually a Union Army surgeon recommended him to Erastus Milo Cravath, the President of the newly established Fisk Free Colored School, where he would remain for the next five years, waiting tables and “working and studying as I could.”

Rutling joined the Fisk Jubilee Singers in 1872 and became devoted to choir conductor George White, who was impressed by the young man’s tenor voice, which a white newspaper deemed the best in Tennessee. Rutling performed with the Jubilees for the full seven years of their first three tours, but refused to return to America, and spent the rest of his life as a soloist and music teacher in England.

In 1915, Rutling suffered a fatal stroke while seated on the beach at Morecambe, England, on the Irish Sea.