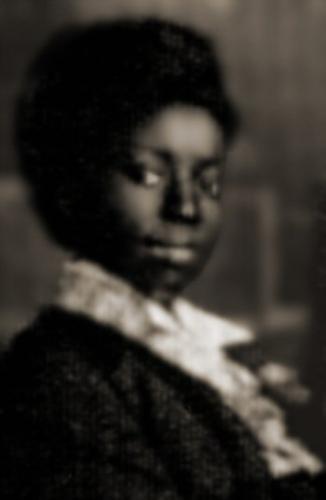 Jennie Jackson, Fisk Jubilee Singer, folklorist & impresario, was the granddaughter of President Andrew Jackson’s almost lifelong body servant. Jackson’s mother had been born a slave, and her father, George, also enslaved, had died before Jennie was born. But because her mother was the beneficiary of a slave holder’s deathbed manumission, Jennie was born free. The status of Nashville’s freedmen was always precarious, however. When the trustee appointed by her mother’s late mistress tried to destroy the family’s “free papers” so he could re-enslave them, Jennie’s destitute mother fled into the city with her three year-old daughter.

During the Civil War, mother and daughter returned to Union-occupied Nashville, where Jennie was among the first students admitted to the Fisk Free Colored School. Working at her mother’s washboard, Jackson learned many of the spirituals the Jubilees would popularize.

Jennie grew into a sturdy and resourceful young woman. Years of laboring with her mother over a washboard scrubbing the clothes of local whites and Northern officers had given her powerful hands and shoulders. Other Jubilee Singers would later claim that it was the novelty of Jackson’s almost jet-black complexion that made her so particularly popular with audiences in the Northeast, Britain and Europe. But it was just as likely her beauty. With her soft, buoyant features; sweetly forthright gaze; and clear, powerful soprano; she had all the makings of a star. Her mother was so protective of Jennie’s soprano that she refused even to let her sing in choirs. “Save your voice,” she told Jennie, “and you may have a chance to do some good with it some day.”

Jackson, who joined the Fisk Jubilee Singers in 1872, had one of the best voices in the troupe, and dazzled audiences with her renditions of “I’ll Hear the Trumpet Sound” and “Home, Sweet Home.” In Europe she was a sensation. “She had no peace,” wrote fellow Jubilee singer Mabel Lewis. “She would take her umbrella and beat her way along with it. One time a crowd was following us, and she went into a store and asked if she could go through the store and out the back door. We looked back, and there they were, all following us into the store.”

Jackson remained with the troupe for five years, but the wear and tear of touring eventually forced her to return to Nashville in 1877. Jackson eventually returned to the stage, performing first with George White’s troupe, then with Frederick Loudin’s, and finally with Maggie Porter’s Original Jubilee Singers. In 1884 she married Rev. A.J. DeHart of Nashville’s Jackson Street Church and toured with her own troupe, the Jennie Jackson DeHart Jubilee Club. She died May 4, 1910 in Cincinnati.