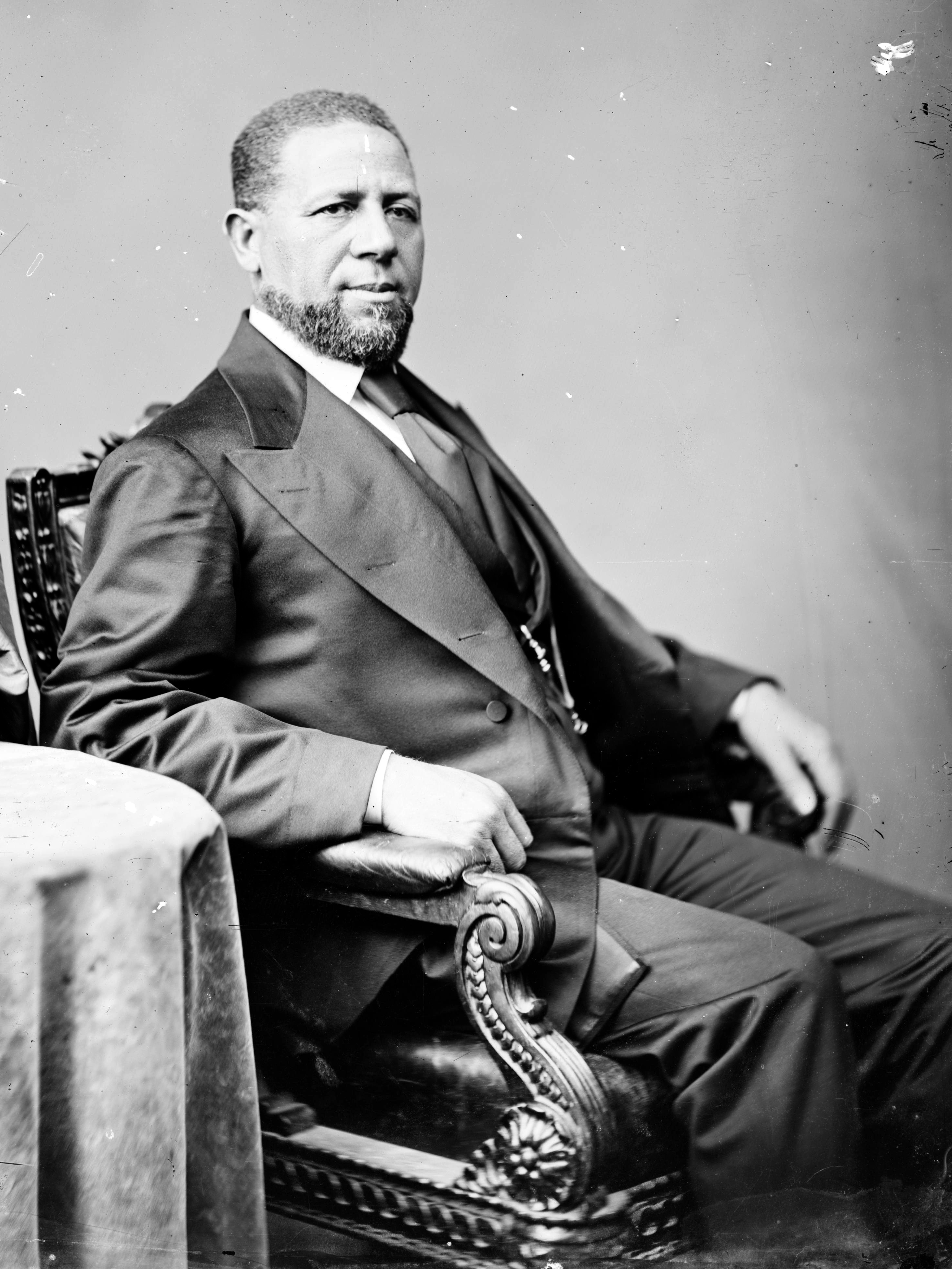 Hiram Rhodes Revels was a Republican U.S. Senator, minister in the African Methodist Episcopal (AME) Church, and the first African American to serve in the U.S. Senate. Revels was born in Fayetteville, North Carolina on September 27, 1827, to a family that had been free for several generations. His father was an African American and his mother was of Scottish descent. Revels was home schooled by a local African American woman. The family moved to Lincolnton, North Carolina in 1838, and Revels trained and worked as a barber in the shop of his older brother, Elias. After Elias died in 1841, his wife, Mary, deeded the shop to Hiram, who was then fourteen-years old.

Revels attended Beech Grove Quaker Seminary in Indiana and Darke County Seminary in Ohio in 1844. Although his education was incomplete, he was ordained into the African Methodist Episcopal Church, at Allen Chapel, Terre Haute, Indiana, in 1845. Revels traveled extensively, preaching in Illinois, Ohio, Kansas, Kentucky, Missouri and Tennessee. He spent a brief time in jail in Missouri in 1854 “for preaching to negroes.” From 1855 to 1857, Revels took additional classes at Knox College in Galesburg, Illinois, graduating with a degree in divinity and theology. He then took a minister position in Baltimore, Maryland and also served as principal at a local black school.

At the start of the Civil War in 1861, Revels joined the Union Army in Maryland and became a chaplain. He helped raise the first two regiments of African American soldiers in Maryland and Missouri and took part in the Battle of Vicksburg in Mississippi. Revels also established a school in St. Louis, Missouri for freedmen in 1863. He left the AME church in 1865 and joined the Methodist Episcopal church; he was briefly assigned to churches in New Orleans, Louisiana and Leavenworth, Kansas. It was during this time that he met and married Phoebe A. Bass, and the couple had eight children together, five girls and three boys. In 1866, Revels took a position as pastor at a church in Natchez, Mississippi, and founded more schools for African American youth. He was later elected presiding elder of his church and the southern portion of the state.

In 1868, Revels was elected alderman in Natchez, and the following year he was elected to the Mississippi State Senate. On February 25, 1870, after a two-day debate, Revels was elected by a vote of 81 to 15 in the Mississippi State Senate to finish the term of one of the state’s two seats in the U.S. Senate, which had been left vacant since the Civil War by Albert Brown. With this election, Revels became the first African American in the U.S. Senate. His term ended on March 3, 1871 and it would be 100 years until the next African American was elected.

Revels later served as the first president of Alcorn Agricultural and Mechanical College (now Alcorn State University). He held that position from 1871 to 1874, and again from 1876 to 1882. In 1873, he briefly served as Mississippi Secretary of State. During the last several years of his life, Revels taught theology at Shaw College (now Rust College), where he also served on the Board of Trustees. He also remained active as a minister in Holly Springs, Mississippi. Revels died at a church meeting in Aberdeen, Mississippi on January 16, 1901. He was 73 at the time of his death.