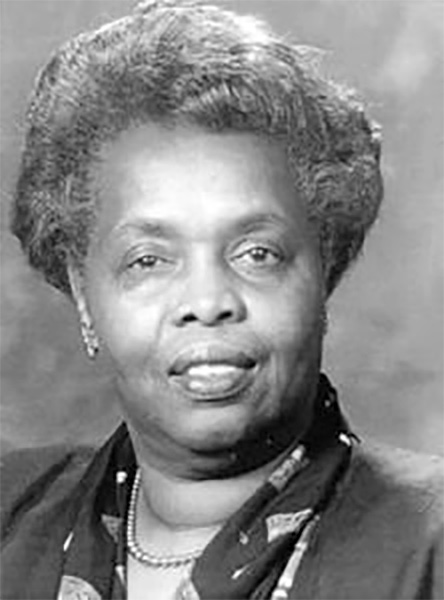 In 1990, more than thirty years after moving west with her family from rural Alabama, Hattie Canty was elected president of the Las Vegas Hotel and Culinary Workers Union Local 226, a position that enabled her to significantly improve the standard of living for tens of thousands of workers in Las Vegas’s booming hotel and casino industry.

After five years in California, Canty moved to Las Vegas in 1961 where her husband worked in construction until his untimely death of lung cancer in 1975.  With ten children to care for, Canty joined the Culinary Union in hopes of securing a decent salary as a hotel maid.  Throughout the late 1970s and early 1980s, she made ends meet by cleaning rooms at the Maxim Hotel and Casino on the Strip.  Her perseverance in this physically demanding job helped her to overcome lingering racism in the hotel casino industry.  In 1984, union members elected Canty to the executive board and in 1987 she was promoted to a better paying position as a uniform attendant.

In 1989, professional organizers from the Hotel Employees and Restaurant Employees International Union saw in Canty the dedication and leadership skills needed to secure higher wages and respectable benefits for workers in Las Vegas’s thriving gaming and tourism industry.  Upon her election to the union presidency in 1990, Canty thrust herself into limelight by leading a series of highly publicized strikes.

Following a successful strike of the famous Binion’s Horseshoe Hotel and Casino in downtown Las Vegas, Canty and the Culinary Union set their sights on the staunchly anti-union New Frontier Hotel and Gambling Hall on the Strip.  Between 1991 and 1997, the union mounted one of the longest strikes in American history, an effort that cost Margaret Elardi, the owner of the New Frontier, an estimated one billion dollars when she finally sold the property.

Canty’s unifying presence helped dissolve racial animosities in the ethnically diverse union, convincing members that solidarity in labor organization could bring about tangible gains.  As a result, by the mid-1990s, maids and other hotel employees in Las Vegas could earn more than double the average wage of service workers in other cities.  Due in large part to the efforts of Canty who in addition to holding the union presidency also organized a job training program for new members, unionized hotel workers in Las Vegas at the start of the twenty-first century could buy their own homes, send their children to college, and live a middle-class lifestyle.