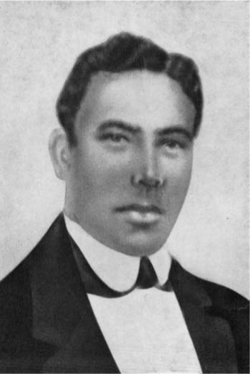 William Johnson, known as the Barber of Natchez, was one of the most prominent African Americans in pre-Civil War Mississippi.  Johnson was born enslaved on December 20, 1809, in Mississippi Territory. His father, also named William Johnson, was his owner, and his mother Amy was one of the elder Johnson’s slaves. Amy also had a daughter, Adelia, who was also fathered by her owner.

Young William Johnson was publicly raised as if he were his owner’s legitimate child. Johnson learned to read and write, educated by his father as stipulated in his emancipation petition.

Johnson freed Amy from slavery in 1814 in Louisiana since at the time it was illegal to do so in Mississippi Territory. In 1818, the elder Johnson sent his daughter Adelia to Pennsylvania where she could be freed, and in 1820, he filed a petition in Mississippi to free 11-year-old William. Governor George Poindexter approved the petition freeing Johnson on February 20, 1820.

Adelia married James Miller, a free black man and barber by profession who had established a successful barber shop in Natchez.  Miller trained his brother-in-law William Johnson as a barber.

In 1830, Johnson, at age 21, purchased Miller’s barber shop in Natchez. Johnson’s business prospered, and he eventually owned three barbershops, a bathhouse, and an 800-acre plantation. He also became a slaveholder. By 1850, Johnson owned fiteen slaves, eight of whom he inherited from his mother. When he died in 1851, Johnson’s property was valued at $25,000, making him the wealthiest African American in Mississippi.

The Johnson family saga is well known today in part because William Johnson, Jr. kept a diary from 1835 until his death in 1851.  That diary allowed a rare glimpse into the life on this unusual antebellum Mississippi family.

William Johnson, Jr. was fatally shot on June 16, 1851 (succumbing the following morning), by a mixed-race neighbor, Baylor Winn.  Winn was brought to trial but escaped conviction because the court proceeding was held in a neighboring town where he claimed to be half-white and half Native American. Since Mississippi law forbade blacks from testifying against whites in criminal cases, Defense attorneys for Winn successfully claimed that the only witnesses to the murder, Johnson’s son and one of his slaves, could not testify against their client.

Johnson’s diary was rediscovered in 1938 and published in 1951. It reveals much of the daily life of a 19th-century Mississippi businessman. His papers are archived at Louisiana State University.  Through an act of Congress in 1990, the home of William Johnson, Jr. became part of the Natchez National Historical Park.