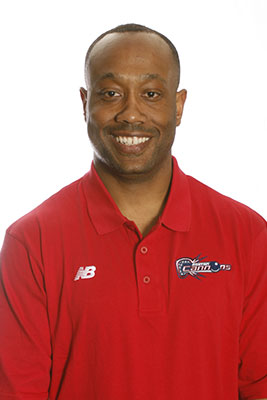 Billy Daye is one of the most influential role models for African Americans in lacrosse.  He began his freshman year at University of North Carolina, Chapel Hill in 1989, playing in the 1990 spring season.  He was one of the first black lacrosse players in the newly-founded league.

As a freshman, Daye played some games, but he was not the leading goalie for the team.  Daye’s team made it to the semi-finals before losing to Syracuse University, the team that went on to win the tournament.  Daye continued to train and push himself although he was one of the few black players in the league.  He was quoted saying that his primary school friends would ask him why he was playing a sport only white kids play.  Daye received more playing time in the 1991 season and would help his team pursue and win a National Championship.

Daye became the main goalie for North Carolina in the 1992 season.  He helped his team move all the way to the semi-finals where they were beaten by Princeton, University who would later win the tournament.  Throughout his senior season in 1993, Daye was an exceptional goalie.  His performances helped North Carolina advance through the NCAA tournament.  Daye broke his neck during a game and was unable to play in the championship game against Syracuse.

Refusing to let this injury keep him away from lacrosse, Daye began to play professionally, becoming the first black person to play in the Major League Lacrosse (MLL) in its inaugural season in 2001.  He was a goalie for the Boston (Massachusetts) Cannons.  During the 2002 season, Daye received another neck injury which would end his career as a player.  He took a step away from the league until 2004 when he tried to return but had an Achilles injury.

The Boston Cannons selected Daye as their head coach in 2006.  He coached the team for six years bringing them through four playoff runs. During his final playoff run in 2011, the Cannons won the championship, making Daye the first black coach to win an MLL championship.  Daye quit the league to spend more time with his wife and his two daughters.  Currently, Daye works for Nike as a lacrosse specialist and a sales director.