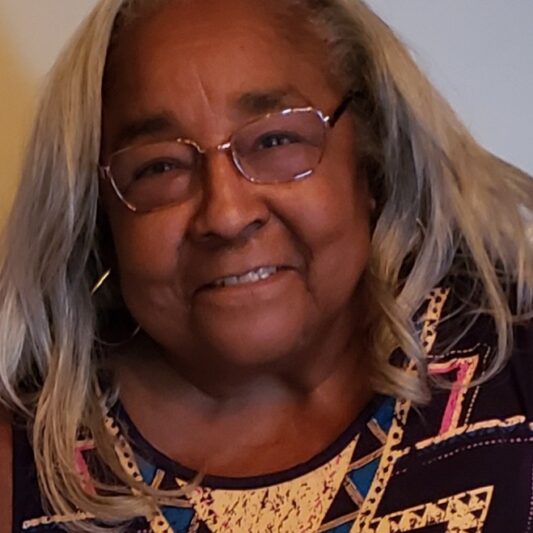 Joyceann Gray is honorably retired from United States Army after 20 years, during which time she was most notably recognized for her two-year tenure as the Non-Commissioned Officer of the Fort Gordon Protocol Office. During her tours of field duty, she served as Communications Chief, and Platoon Sergeant. Concurrently, as a resident of Augusta, GA., she served as the Director of Augusta’s Heritage Unity Festival, Georgia’s largest festival second only to the Olympics.  This commitment to the community culminated with the Mayor of Augusta declaring 18 July as Annual Unity Day for the City.

After retirement from the military, she went on to work with her brother increasing B.P. & Associates, a real estate appraisal firm, from a three (3) person operation up to a twenty-five (25) member firm with accredited courses offered.  After 40 years in the work force, Mrs. Gray retired again and began devoting her time to historical research and the genealogy of her family. At the same time obtaining her Masters in Psychology.

She has written three books, one of which, DeWitty & Now We Speak, has received a prestigious award from the Afro-American Historical & Genealogical Society (AAHGS) and presented some of her work at their annual conference.  Her most recent endeavor is Proofing the Claim about the Black Nebraska Homesteaders.  She has accepted the call for contributing to Blackpast.org with submitting numerous writeups on Black female Ambassadors and other notable Black Doctors, Politicians and Educators.

On July 2, 2009 President Barack Obama appointed Gayleatha Beatrice Brown to be the United States ambassador to Burkina Faso, a nation in West Africa.  This was her second ambassadorial appointment. Previously, Brown had been appointed by President George W. Bush to serve as U.S. … END_OF_DOCUMENT_TOKEN_TO_BE_REPLACED

Ambassador Sue Katherine Brown is a career member of the Senior Foreign Service with the rank of Minister Counselor.  In 2011 President Barack Obama nominated her to become the U.S. Ambassador to Montenegro, the first African American to hold this post and only the second … END_OF_DOCUMENT_TOKEN_TO_BE_REPLACED

“Image Ownership: Public Domain” Hamilton Hatter, educator and inventor, was the first principal of Bluefield Colored Institute in Bluefield, West Virginia.  Hatter was born enslaved on April 24, 1856, in Jefferson County, Virginia, which became part of West Virginia in 1863. His parents Frank and … END_OF_DOCUMENT_TOKEN_TO_BE_REPLACED

Sylvia Stanfield, a career member of the Senior Foreign Service with the rank of Minister-Counselor, took up her post as U.S. Ambassador Extraordinary and Plenipotentiary of the United States of America to Brunei in November 1999. President William J. Clinton appointed Ambassador Stanfield to the … END_OF_DOCUMENT_TOKEN_TO_BE_REPLACED

Barbara M. Watson, businesswoman, lawyer, government executive, and diplomat, was born in New York City, New York on November 5, 1918. She was the daughter of James S. Watson, the first black judge elected in New York State, and his wife, Violet Lopez Watson, one of the founders of the National Council of … END_OF_DOCUMENT_TOKEN_TO_BE_REPLACED

Anne Forrester Holloway was appointed U.S. Ambassador to Mali on November 6, 1979 by President Jimmy Carter. She was the first African American woman to hold that post. Forrester was born in Philadelphia, Pennsylvania on June 2, 1941.  She attended public schools in Philadelphia but then transferred … END_OF_DOCUMENT_TOKEN_TO_BE_REPLACED