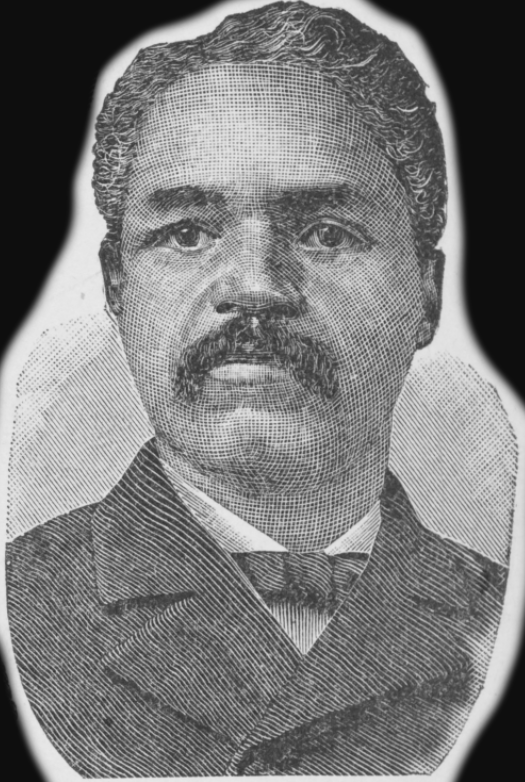 Newspaper owner John Robert Clifford was born September 13, 1848 in Williamsport, West Virginia to Isaac and Saltipa Clifford. During the Civil War he rose to the rank of Corporal in the U.S. Colored Troops, entering U.S. military service in 1864 at the age of 16 with the 13th Regiment, U.S. Heavy Artillery, Company F, at Camp Nelson, Kentucky. During the rest of the war he saw service in Kentucky, Tennessee, and Eastern Virginia under General Ulysses S. Grant.

After the war, Clifford enrolled in Storer College, an all-black institution in Harper’s Ferry, West Virginia and received a diploma and an A.M. degree from the institution in 1875. He taught at the Sumner School in Martinsville, West Virginia. between 1875 and 1885 as a teacher and was eventually named principal.

In 1882 Clifford started publishing The Pioneer Press, in Martinsville which became West Virginia’s first black-owned newspaper and which he proudly proclaimed was devoted to “the uplift of the race.” It was published continually until 1917 (35 years) until 69-year-old Clifford’s health began to fail. At that time, it was the oldest continuously-operating African American newspaper in the United States.

While still managing the paper Clifford in 1887 became the first African American admitted to the West Virginia bar. In 1898, he won a landmark civil rights in education case before the West Virginia Supreme Court of Appeals: Williams vs. Board of Education Fairfax District. The Tucker County School Board of Education tried to reduce the public school year for African American students from nine months to five months. White students would continue to attend nine months. Clifford encouraged a Tucker County teacher, Mrs. Carrie Williams, to continue teaching the entire nine months. Together they filed a lawsuit against the school board for her back pay. The case eventually came before the West Virginia Supreme Court of Appeals which upheld a lower court decision to provide equal educational opportunity to African American students in West Virginia. This legal victory occurred 56 years before the landmark Brown vs. Board of Education decision and was one of the few civil rights victories for African Americans in a southern state in the 19th century.

In 1897, Clifford was elected as a charter member of the American Negro Academy, a national group of black intellectuals who through their scholarship and writing were dedicated to the promotion of higher education, the arts, and science for African Americans as part of the overall struggle for racial equality. Clifford served a term as vice president of the organization.

In 1905, 57-year-old Clifford became a founding member of the Niagara Movement, the forerunner to the National Association for the Advancement of Colored People (NAACP). He was the chairman of the committee on arrangement of the 1906 meeting of the Niagara Movement, which was held at Harper’s Ferry. Clifford’s daughter delivered the opening Credo at the 1906 meeting, written by W.E.B. Du Bois and recognized as one of the most important pieces of 20th Century African American political writing.

John R. Clifford was married to Mary Franklin in 1859 and had three children, Albert, Maud, and Paul. Clifford continued to be an active leader in African American efforts for justice until his death in 1933 at the age of 85. He is buried at Arlington National Cemetery.