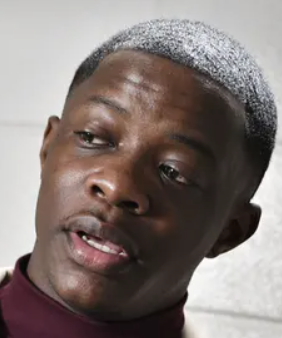 The quick, desperate actions of James Shaw Jr. saved the lives of a number of diners and others at a popular restaurant and focused national attention on him months after the event. Born and raised in Nashville, Tennessee, the son of James Shaw Sr., and Karen Shaw, he played on the basketball team during his sophomore and junior years at Hunters Lane High School. After graduating from Tennessee State University in 2014 where he was a member of Alpha Phi Alpha fraternity, Shaw finished Brightwood College, a for-profit vocational school, with a diploma that allowed him to seek employment as an electrical technician at AT&T, his current employer. The owner of the small business, Imount Electric, he and Jalicia Collins are the parents of a daughter, Brooklyn.

On April 22, 2018 Shaw and a friend entered a Waffle House restaurant in nearby Antioch, Tennessee, in the early morning of April 22, 2018. At 3:25 a.m. Travis Reinking, a mentally unstable 29-year-old white male, opened fire with an AR-15 rifle, randomly targeting people in the restaurant. Shaw was shot at twice and dashed into a nearby restroom. A pause in the gunfire (probably Reinking had to reload or unjam his weapon) gave Shaw the opportunity to rush the shooter. He charged through the restroom door surprising Reinking, tore the rifle from his hands, flung it over a counter, then shoved the madman out of an exit door into a parking lot where he escaped, naked, into the darkness. Before Shaw’s response, Reinking had killed four and wounded four other individuals at the Waffle House but the outcome could have been much worse had it not been for Shaw’s courageous intervention.

With bandages on his arm and hand (from grabbing the hot rifle barrel), hours later at a news conference, Shaw refused to accept the notion that he was somehow a hero, telling reporters: “I did that completely out of a selfish act. I was completely doing it just to save myself…. I did save other people. But I don’t want people to think that I was the Terminator, or Superman or anybody like that. . . . I figured if I was going to die, he was going to have to work for it.” When asked if he had military training he replied: “I haven’t had any specific combat training. I just fight my daughter every night, so I can put her to bed.”

More than humble and self-effacing, Shaw proved also to be a humanitarian as he soon thereafter established a GoFundMe account that raised $240,000 that was given to victims of the attack. In recognition of his good deeds he was invited to appear on the television’s The Ellen DeGeneres Show, The Steve Harvey Show, and was interviewed by national and local media outlets. His alma mater used his name on a new scholarship fund; he was honored by local sports teams including the Tennessee Titans and the Nashville Predators; was presented the 2018 BET Humanitarian Award; and actor Chadwick Boseman of Black Panther fame summoned him to the stage to give to Shaw the MTV 2018 Best Superhero award that had initially been presented to him. On April 12, 2019, The Justice Department presented Shaw with the Special Courage Award during the annual National Crime Victims’ Service in Washington, D.C.