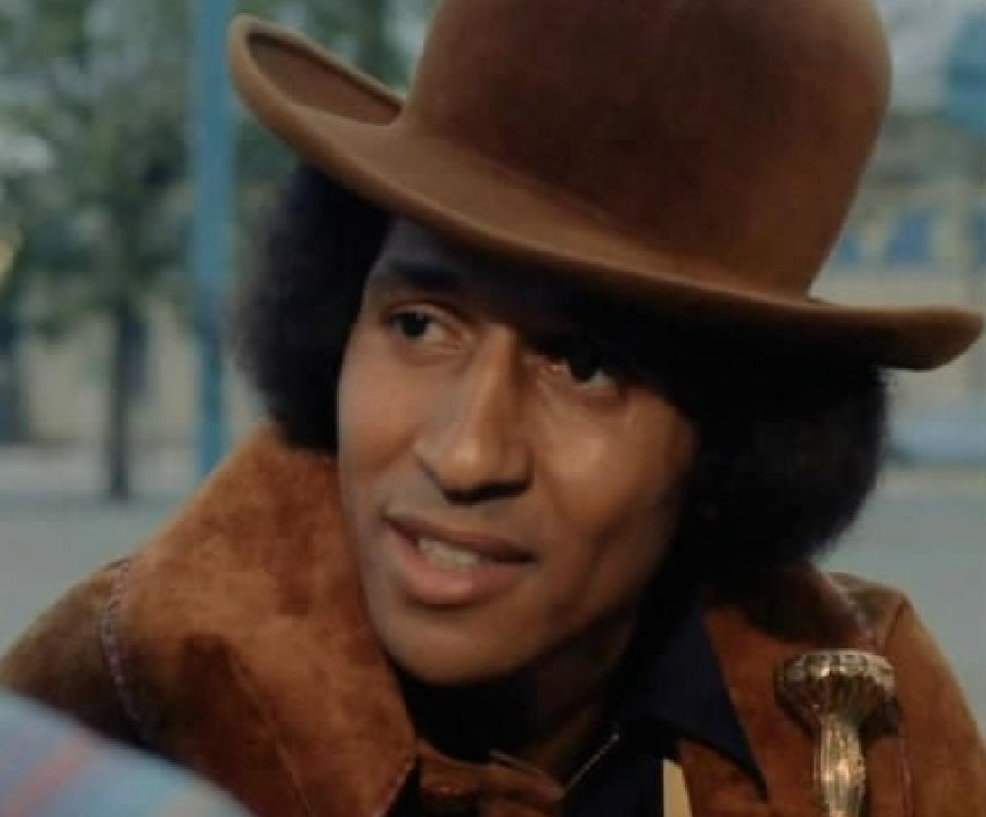 Max Julien is an American actor, sculptor, and clothes designer. He was born January 1, 1945 in Washington D.C. Julien grew up in Palmer Park, Maryland, graduating from high school in 1963.

Julian, a classically-trained actor began his career in New York in off-broadway plays and in theatrical series such as Shakespeare in the Park. He left New York for California in the late 1960s pursue other opportunities in the entertainment field. He obtained roles in two films, Psych Out (1968), and Getting Straight (1970), which was a box office hit. He also had a role in the 1968 film Uptight.

Julien then traveled to Italy in 1972 and while there began his career in blaxploitation films. In 1973 he produced and starred in The Mack, which still ranks as one of the most influential of the blaxploitation films. The story revolves around the character “Goldie,” who is involved in a shootout with the police, goes to prison, and upon his release becomes the biggest “mack” (pimp) in New York City before leaving that life by the end of the film.

While still in Italy he wrote and co-produced Cleopatra Jones, a film about a special agent for the U.S. government who drives a fancy car, wears nice clothes, and fights crime. Pam Grier starred as Cleopatra Jones, a role that made her one of the most well-known actors of the 1970s. Although Cleopatra Jones became one of the most financially successful of the blaxploitation films and generated a sequel, Cleopatra Jones and the Casino of Gold, set in Hong Kong and based on Julian’s character, he did not participate in the film. Julien also wrote and produced the documentary Trastevere.

Julian returned to the United States and acted in a series of films and television series from the 1970s to the 1990s including The Mod Squad, The Name of the Game, The Bold Ones, and Def Jam’s How to Be a Player.

In 1974 Julien wrote, produced, and starred with Vonetta McGee in the western, Thomasina and Bushrod Although his earlier blaxploitation film, The Mack, was by film critics and civil rights organizations as perpetuating stereotyped images, Thomasina and Bushrod, about struggling black homesteaders in the West, was lauded by the NAACP and he was nominated for the organization’s image award in 1974.

After Thomasina and Bushrod, Julian took a break from acting to travel around the world. During this time, he wrote a novel, Dark Clowns Kickin’ Ass and sculpted a dozen pieces of artwork shown across the United States. By the 1990s Julian had become a cultural icon for rap artists as many of them sampled his voice in their music. Snoop Dogg, for example, claimed that he modeled his image after Goldie from The Mack.

In 1990 Julian wrote and directed The Charles Drew Story and then moved to Nigeria where he directed Sangu: the Silent One. Both works were praised by film critics although neither was commercially successful. He also had cameo roles in the 1997 film, How To Be a Player and the 1999 documentary The American Pimp. In 1991 he married Julien Arabella Chavers after living for years with Vonetta McGee. By this point he pursued other avenues, designing clothes and accessories, making cologne, and producing video games.