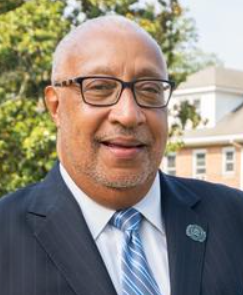 Dr. Irving Pressley McPhail was a professor, mentor, President of the National Action Council for Minorities in Engineering, Inc (NACME), and most recently President of Saint Augustine’s College in Raleigh, North Carolina.

Irving McPhail was born on March 27, 1949 in Harlem, New York. He was educated in the NY school system, graduating from Stuyvesant High School in 1967. McPhail obtained his Bachelors’ degree in development sociology from Cornell University in 1971, his Masters’ degree in reading from the Harvard Graduate School of Education in 1975, and his Doctoral degree in reading/language arts from the University of Pennsylvania in 1979. While there he was a National Fellowships Fund Fellow.

Dr. McPhail served as Secretary of the Board of the American Council on Education in 2005, and he is the founder and Chief Strategy Officer at the McPhail Group LLC, a higher education consulting practice. He was the 6th President and CEO of the National Action Council for Minorities in Engineering for the National Academy of Engineering, joining the company in 2007 as executive vice president and Chief Operating Officer.

He was awarded the Doctor of Engineering Honoris Causis by the Polytechnic Institute of New York University in 2010 and the Doctor of Humane Letters Honoris Causa by the New Jersey Institute of Technology in 2015. Dr. McPhail was an American Council on Education Fellow in Academic Administration at John’s Hopkins University, and had completed the Presidents Academy Summer Institute at the American Association of Community Colleges and the Institute for Educational Management at Harvard University. He was an Emergenetics Certified Associate, co-editor of the book Teaching African American Learners to Read: Perspective and Practices (2006), co-author of Success Factors for Minorities in Engineering (2019), and author of more than fifty journal chapters, articles, and technical reports.

Dr. McPhail was a professor at the Dr. John E. Roueche Community College Leadership Center at Kansas State University, when he was named the 12th President of St. Augustine’s University, in Raleigh, North Carolina on July 15, 2020. In September, Dr. McPhail was notified that he had come into contact with someone infected with the corona virus, and he immediately went into self-quarantine. He gave his Fall Convocation via a pre-recorded message on September 17. Dr. McPhail went to WakeMed Health and Hospitals in early October, after having trouble breathing. He died of Covid-29 at the age of 71 on October 15, 2020, just two weeks after his diagnosis. He is survived by his wife, Dr Christine Johnson McPhail, and his two children, Dr. Kamilah McPhail and Ralph Bessard McPail, and five grandsons.