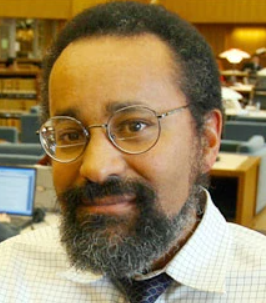 Law professor and federal government official Christopher F. Edley jr. was born January 13, 1953, in Boston, Massachusetts to Christopher Edley Sr. and Zaida Coles. Edley attended Swarthmore College in Pennsylvania where he studied math and economics. After graduating in 1975, he followed in his father’s footsteps and attended Harvard Law School graduating in 1978 with a dual degree, J.D. from the law school and a M.A. in public policy from the John F. Kennedy School of Government. His father also graduated from Harvard Law School 25 years earlier in 1953. This was a historic first as Edley Jr. was the first second-generation African American graduate of the law school.

After graduating he went to work for the Jimmy Carter Presidential Administration as Assistant Director on the White House domestic policy. Later he took a position as Special Assistant to the U.S. Secretary of Housing, Education, and Welfare (now Health and Human Services). With the change to a Republican administration he returned to Harvard Law School in 1981 to teach and later became only the fourth African American to receive tenure in the school’s history.

Edley took time from teaching to work for Massachusetts Governor and 1988 Democratic Presidential candidate Michael Dukakis as his National issues Director in 1987. Then he worked for President-Elect Bill Clinton on his transitional team in 1992. Between 1993 and 1995 Edley was Associate Director of Economics and Government in the U.S. Office of Management and Budget.

In 1995 President Clinton established the White House Review of Affirmative Action Commission and named Edley its director. In this role he was charged with trying to shape White House policy on the issue and provide new federal guidelines. Some in the White House thought such programs could be retooled to be more class-based. Edley, argued in favor of maintaining rules based on race and that policy continued. The reviews and suggestions were collated in Clinton’s official “Mend It, Don’t End It” policy.

Edley returned to Harvard and in 1996 he co-founded the Civil Rights Project (CRP). His involvement in the CRP lead him to write Not All Black and White: Affirmative Action, Race and American Values in 1996. Edley’s high profile brought him another presidential appointment in 1999, to the U.S. Civil Rights Commission. He also was a senior advisor for Vice President Al Gore’s 2000 presidential campaign.

In 2003 Edley beat out 200 other candidates to be appointed as Dean of the University of California’s Boalt Hall School of Law. The campus, long known for its political activism and liberal minded spirit, would become the new home to a new Civil Rights Project. Edley served as dean from 2004 to 2013.

Edley in 2008 was a board member for President Barack Obama’s presidential transition, with general responsibility for healthcare, education, and immigration. His post there would mean he had worked for three Presidents (and two unsuccessful presidential candidates) between 1978 and 2008.

Edley is a member of the American Academy of Arts & Sciences, National Academy of Public Administration, Council of Foreign Relations, and the Gates Foundation’s National Programs Advisory Panel He is married and has three children and continues to teach at UC-Berkeley.