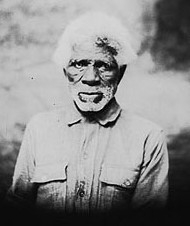 Pompey Factor, former slave, scout for the United States Army and Congressional Medal of Honor winner, was born in Arkansas in 1849 to Hardy Factor, a black Seminole chief and an unknown Biloxi Indian woman.

By the end of that 2nd Seminole War (1835-1842), most of the Seminole Indians and runaway slaves were captured and removed to the Indian Territory. The fear of enslavement drove many black Seminole to Mexico in the 1850s. Factor’s family was among those who emigrated.
On August 16, 1870, Factor enlisted in the Army and was assigned the rank of private with the Detachment of Seminole Negro Indian Scouts who worked with the Twenty-fourth Infantry, an all-black regiment. As a scout, he performed reconnaissance duties in Texas for the Army, tracking the movements of Comanches, Apaches, Kiowa, and other Native Americans who refused to go to reservations.

Factor and his fellow scouts were awarded the Congressional Medal of Honor for the bravery they exhibited at Eagle’s Nest Crossing near present-day Langtry, Texas. During the Red River War (1874-1875) between the Comanche and Kiowa and the United States, Factor, Sergeant John Ward and Trooper Isaac Payne, all Seminole Scouts, along with their commander, Lieutenant John L. Bullis, were surrounded by Comanche warriors. Factor and Payne mounted their horses to make their escape.  Sergeant Ward noticed that Lieutenant Bullis could not mount his frightened horse.  While Ward helped the Lieutenant, Factor and Payne held off the Comanche attack until all four could ride to safety.  On May 28, 1875, Factor, Ward and Payne were given the Congressional Medal of Honor for their bravery.  They were three of only eighteen black soldiers during the Indian Wars who received such an honor.  Despite this honor, after two years Factor left the Scouts and returned to Mexico, dissatisfied with the treatment of the Scouts by the white settlers in Southern Texas.

In 1926, Pompey Factor applied for a pension.  His military records were lost and thus he could not initially prove he had been in the Army.  Two years later the Army granted his pension but Factor nonetheless died destitute on March 28, 1928 and was buried in the Seminole Indian Scout Cemetery at Brackettville, Texas.