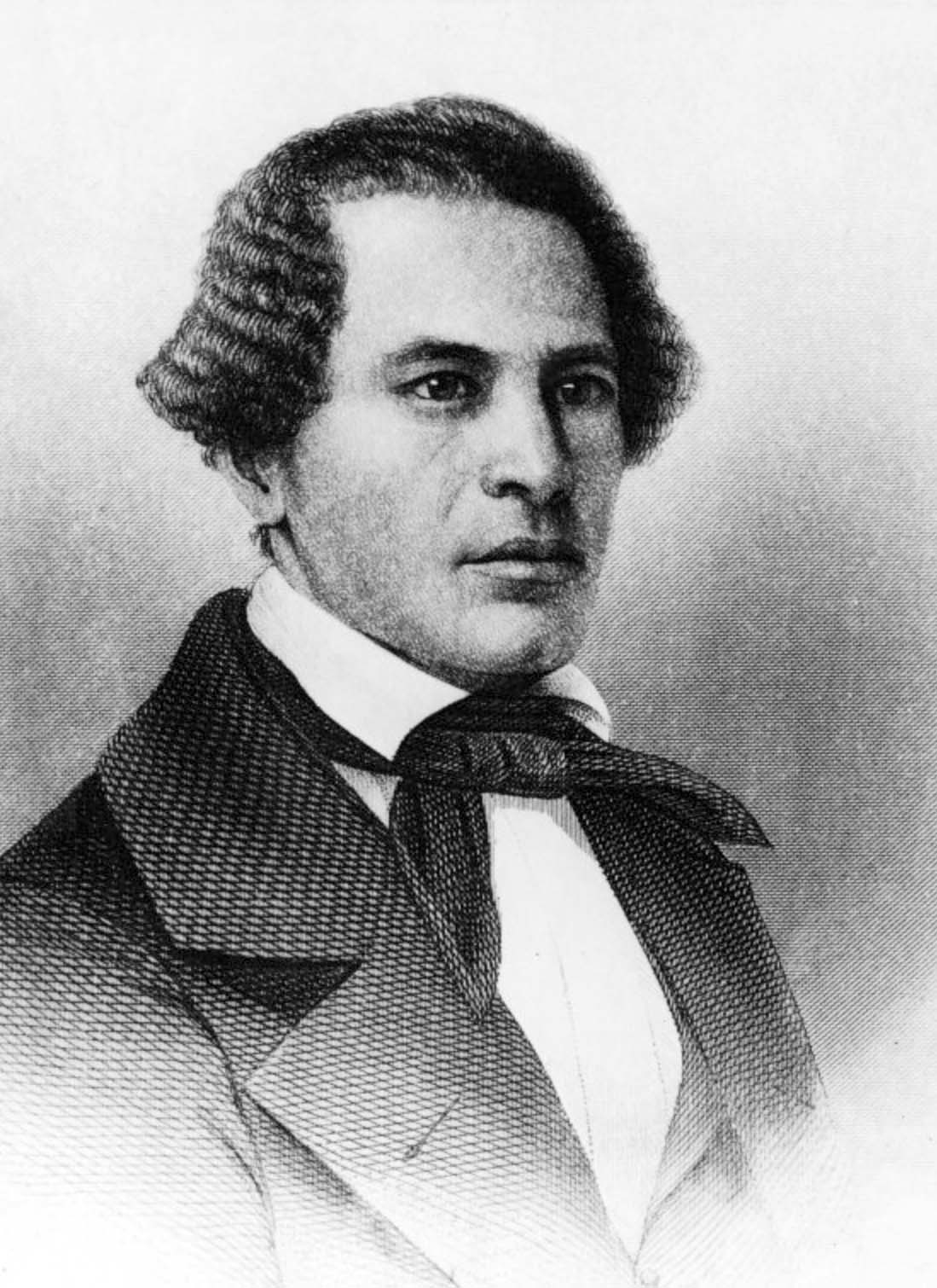 William Wells Brown was an African American antislavery lecturer, groundbreaking novelist, playwright and historian.  He is widely considered to have been the first African American to publish works in several major literary genres. Known for his continuous political activism especially in his involvement with the anti-slavery movement, Brown is widely acclaimed for the effectiveness of many of his writings.

Brown was born to a white father and enslaved mother on a plantation outside of Lexington, Kentucky, most likely in 1814.  He spent his childhood and much of his young adult life as a slave in St. Louis, Missouri working a variety of trades.  Brown slipped away from his owner’s steamboat while it was docked in Cincinnati, Ohio and thereafter declared himself a free man on New Year’s Day 1834.  Shortly thereafter he was taken in and helped to safety by Mr. and Mrs. Wells Brown, a white Quaker family. William would adopt their names in respect for the help they provided him.

William Wells Brown settled briefly in Cleveland, Ohio where he married a free African American woman.  They had two daughters.  Later Brown moved his family to Buffalo, New York where he spent nine years working both as a steamboat worker on Lake Erie and a conductor for the Underground Railroad.

By 1843 Brown was lecturing regularly on his experiences in slavery for the Western New York Anti-Slavery Society. By that time he also became deeply committed to lecturing on behalf of women’s rights and temperance laws.  It was this involvement as a prominent speaker that many historians and scholars suggest provided the trajectory for his later career as a writer.  By 1845, in the wake of the tremendous success of Frederick Douglass’s narrative autobiography, Brown published his own Narrative of William W. Brown, a Fugitive Slave, Written by Himself.  The resounding success of his narrative led Brown to travel across Europe between 1849 and 1854 where he delivered more than a thousand speeches.  He also wrote two additional books.  Three Years in Europe, published in 1852, was the first travel book ever to be written by an African American while Clotel, which appeared a year later, is one of the earliest novels written by an African American and the first to be published by a British publishing house.  In 1858 his play The Escape became the first play ever to be published by an African American.

As slavery ended, Brown’s career as a traveling speaker slowed and he eventually settled in Boston where he lived until his death in 1884.