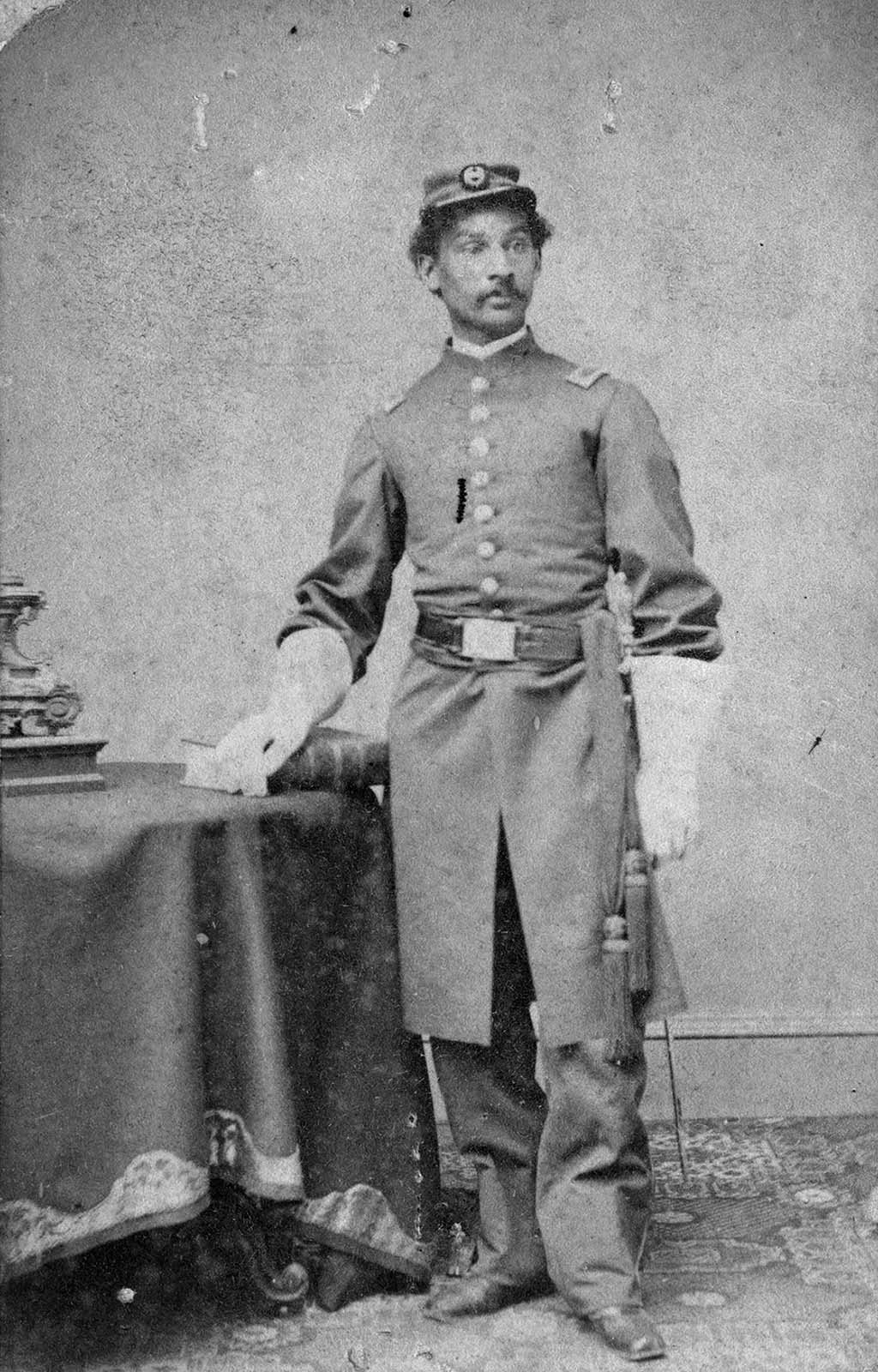 Anderson Ruffin Abbott, Canada’s first black doctor, was born April 7, 1837 in Toronto, Ontario.  He was the son of free black property owners William Ruffin Abbott and his wife Ellen (Toyer) Abbott who left Alabama after their store had been destroyed.  They settled briefly in New York until racial tensions forced them to relocate to Toronto, Canada in 1835.  William Abbott began buying property in and around Toronto and the family became wealthy.

Having access to the best education, because of his family’s wealth, Abbott attended private and public schools including William King’s School in North Buxton, Ontario, the Toronto Academy, and Oberlin College in the United States. In 1860 Abbott graduated from the Toronto School of Medicine at the age of twenty-three.  After graduating he studied for four years under Alexander Thomas Augusta, a black U.S.-born doctor who was then working in Toronto.  In 1861 Abbott received his license to practice medicine from the Medical Board of Upper Canada, becoming the first Canadian-born black doctor.

In February 1863, during the U.S. Civil War, Abbott applied for a commission as an assistant surgeon in the Union Army but was refused.  He reapplied as a medical cadet in the newly-formed U.S. Colored Troops (USCT), all-black regiment and was hired as a civilian surgeon.  Abbott served in several U.S. hospitals between June 1863 and August 1865 including Freedmen’s Hospital which eventually became part of Howard University.  In 1865 he was assigned to administer a hospital in Arlington, Virginia. Dr. Abbott was one of several doctors in attendance when President Abraham Lincoln was fighting for his life after he was shot by John Wilkes Booth in April 1865.  Mary Todd Lincoln, the widow of the President, later presented Abbott a plaid shawl worn by Lincoln at his first inauguration in appreciation for his attempt to save the President’s life.

Abbott resigned from the Arlington hospital in 1866 and returned to Toronto, Canada.  In 1871 he opened his own medical practice and on August 9 of that year he married Mary Ann Casey of Toronto.  The couple moved to Chatham, Ontario and eventually had three daughters and two sons.

Abbott became prominent in Chatham.   He was appointed coroner for Kent County, Ontario in 1874 and by 1878 he was president of both the Chatham Medical Society and the Chatham Literary and Debating Society.  As president of the Wilberforce Educational Institute between 1873 and 1880, he fought against racially segregated schools in Canada.