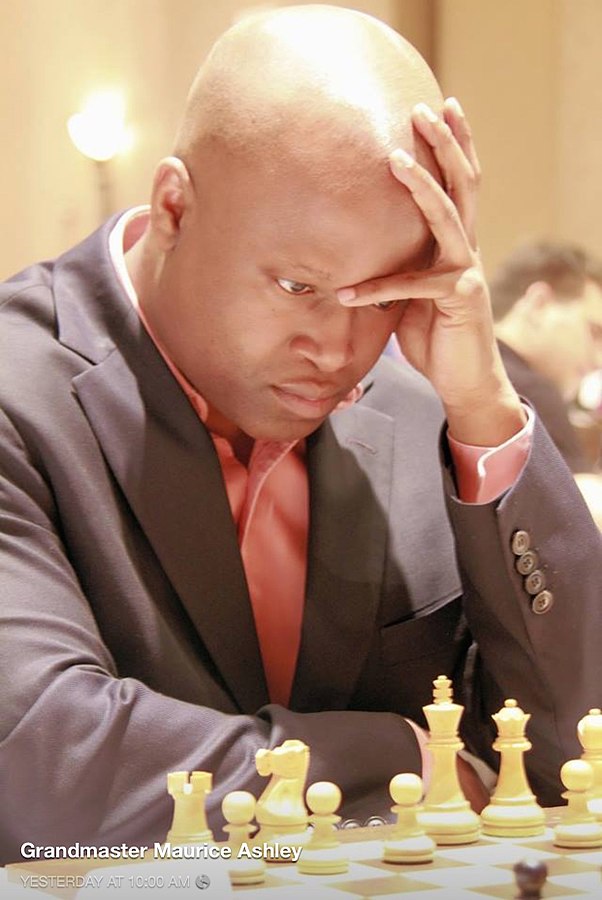 Maurice Ashley, the first African American chess grandmaster, was born in St. Andrew, Jamaica on March 6, 1966. At age 12, his family moved to Brooklyn, New York, where Ashley began to develop an interest in chess. Although he spent several hours a day playing and studying the game, he did not play well enough to qualify for his high school chess team, and instead had to develop his skills by playing in tournaments and informal games.

Ashley became a chess coach for New York City youth, a role which he filled from 1991 to 1997. Two of his youth teams, the “Raging Rooks” and the “Dark Knights,” won championships at a national level in the early 1990s. Ashley’s experience coaching young people in the city, where academic distractions were many, made advocating chess to youth an integral part of his life.

In 1993, Ashley graduated from the City College of New York. The same year, he married Michele Johnson. Their daughter, Nia, was born in 1994. Ashley released a CD-ROM called Maurice Ashley Teaches Chess in 1995. He also became a commentator for chess matches around this time, and commentated several of grandmaster Garry Kasparov’s famous chess matches, including those against Viswanathan Anand in 1995 and the IBM supercomputer Deep Blue in 1996 and 1997.

Ashley felt that his personal playing skills were suffering, and chose to take time away from coaching in 1997 to focus on his own game. He spent much of each day studying and playing chess, and tournament wins naturally followed. In October 1999, he was officially awarded grandmaster status, the highest skill level in chess. Ashley was the first African American to hold the title.

As a new grandmaster, Ashley returned to advocacy and publishing. In 1999, he opened the Harlem Chess Center, although it closed in 2002 when funding fell short. In 2003, the US Chess Federation named Ashley Grandmaster of the Year. Ashley’s 2005 book Chess for Success describes how chess can be used to keep children away from trouble and focused on academics. In 2009, he published a chess strategy guide for beginners, The Most Valuable Skills in Chess. He also runs the Maurice Ashley Foundation, which promotes chess as an activity for young people.

As one of just over a thousand grandmasters, Ashley remains in the world chess spotlight.