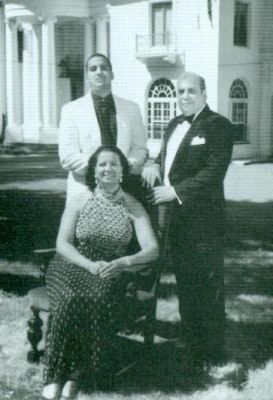 Ambassador Harold E. Doley, Jr is the founder of Doley Securities, LLC, the oldest African American owned investment banking firm in the nation. Doley is the only African American to have owned a seat on the New York Stock Exchange.

Born on March 8, 1947 Harold Doley was one of two boys born to Harold, Sr., a grocer and Kathryn Doley in New Orleans, LA. The Doley family has lived in Louisiana since 1720. The Doley’s had been free people before the Civil War and enjoyed the relatively liberal racial atmosphere of New Orleans as compared to other parts of the Southern United States.  Nonetheless they were always well aware of the disadvantages they faced. Ambassador Doley attended segregated schools in the Louisiana area before matriculating at Xavier University in New Orleans where he majored in Accounting and Business Administration and started an investment club. He graduated from the Harvard University Graduate School of Business’s Owner/President Management Program an Executive Education Program.

Doley began his career as a stock trader working for Bache & Company Inc., a brokerage house in New Orleans in 1968 immediately after graduating from Xavier University. In 1973, he borrowed $90,000 and bought a seat on the New York Stock Exchange (NYSE).  Although there were two other African American firms holding seats on the exchange, Doley’s move brought him national attention and with it an ever growing client portfolio. In 1975, Doley founded his own firm, Doley Securities, LLC.  Undaunted by those critics who said white people wouldn’t give money to an investment company founded by an African American, Doley proved them wrong by consistently making his clients wealthy. Doley also managed the merger of several National Insurance Association companies and helped found the Republic National Bank and later became the largest stockholder of the United Bank before its merger.

An active Republican, Doley’s success attracted the attention of the Ronald Reagan Administration.  In 1981 he was named the Founding Director of the Minerals Management Service of the United States Department of Interior. Under Doley, Minerals Management became the second largest income source to the United States Government.  Two years later President Reagan appointed Doley as the American Ambassador to the Ivory Coast.  He was also named Executive Director of the African Development Bank a multi-lateral development institution, a sister institution of the World Bank. Serving as Executive Director, Doley developed the structure that increased the AFDB’s capital by more than 300%. Upon his return to the United States in 1985, Doley continued his African development work by founding the U.S.-Africa Chamber of Commerce to increase trade between African nations and the United States.

In the early 1990s, Doley, a member of Sigma Pi Phi fraternity, and his wife, Helena, purchased the Madam C.J. Walker Estate, Villa Lewaro which is listed on the National Register of Historic Places.