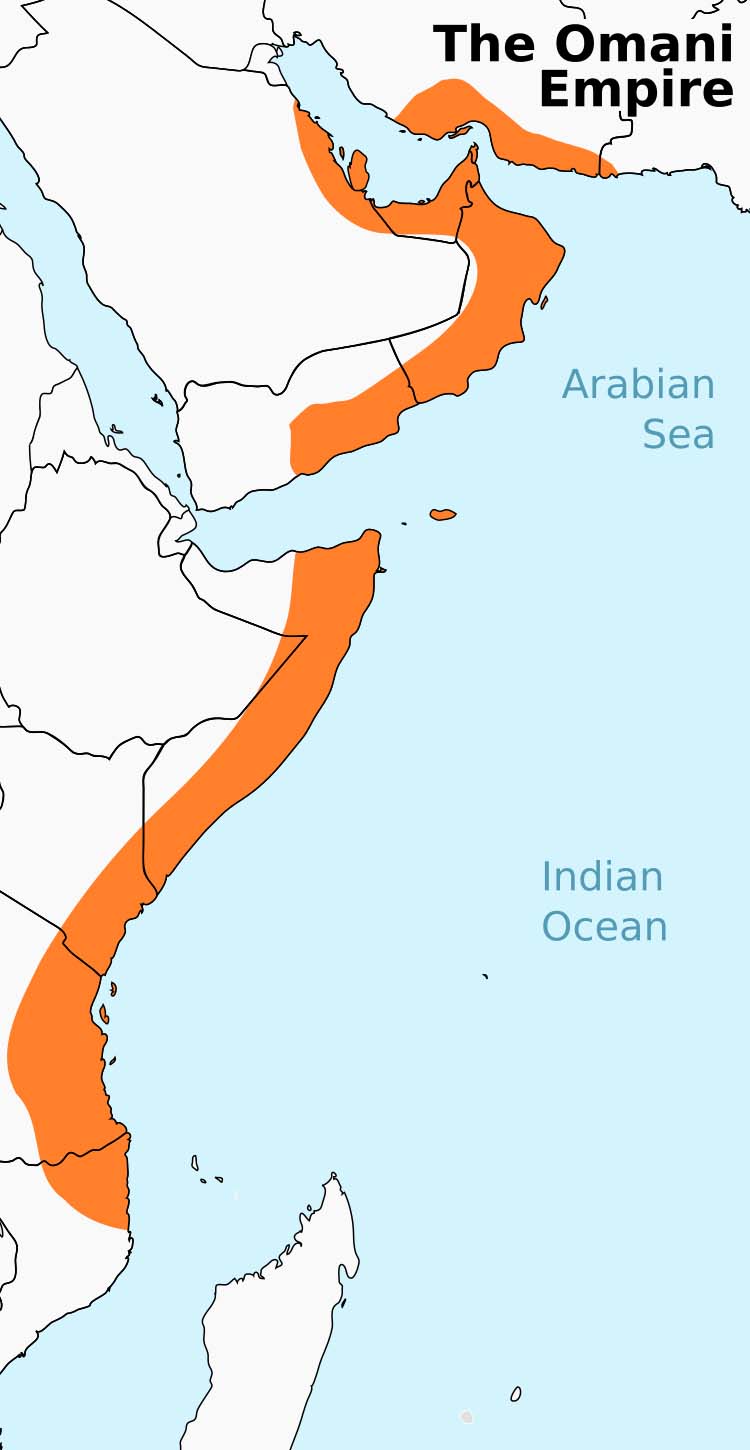 The island of Zanzibar, now a part of Tanzania, was a nineteenth century East African trading empire that fell under the domination of the British who controlled it until the mid-twentieth century. Zanzibar is the leading producer of cloves in the world, which earned it the nickname “Spice Island.”

Zanzibar first became a sultanate in 1840 when the ruler of Oman, Said bin Sultan, moved his capital from Muscat, Oman, to Stone Town, Zanzibar, after defeating the Portuguese in Mombasa, Kenya. Said recognized the island’s suitability for clove growth and encouraged the development of clove plantations using the island’s slave labor. Zanzibar was separated from Oman after Said’s death in 1856 when his son Majid bin Said became the first sultan of Zanzibar. Although Majid consolidated his power around local slave trade, his successor Barghash bin Said helped abolish slave trade and largely developed the country’s infrastructure. This was done through a treaty with the British in 1873 that aimed to replace slave revenue with legitimate economic activities such as trade of rubber and ivory.

However, in 1885, Barghash began to lose control over trading routes when the Society for German Colonization forced local chiefs to agree to German protection. In 1886 the British and Germans colluded to gain control over Zanzibar’s trading routes and agreed on dividing the territories. Both countries leased coastal territory from Zanzibar and established trading stations and outposts which they used in the following years to take over mainland possessions that eventually became solely administered by European imperial powers.

In 1890 the United Kingdom and the German Empire signed the Helioglan-Zanzibar Treaty which established Zanzibar as a British protectorate; this lasted for several decades. During the period of this protectorate, the sultan’s authority was greatly reduced and the island’s slave trade curtailed. Although most sultans were generally aligned with the British, Khalid ibn Barghash was a notable exception. In 1896 when Khalid seized the throne instead of the British-supported candidate, Hamud ibn Mohammed, he was given a choice between relinquishing control of the nation and going to war with Great Britain. Khalid’s refusal to stand down initiated the Anglo-Zanzibar War which is considered the shortest war in history, having lasted less than an hour before his forces surrendered.

The British protectorate ended on 10 December 1963 through the Zanzibar Act of 1963 which made provision for full self-government in Zanzibar as an independent country within the Commonwealth. Upon the removal of the protectorate, Zanzibar became a constitutional monarchy under Sultan Jamshid bin Abdullah who was overthrown a month later by the Zanzibar Revolution. Shortly after, in April of 1964, the short-lived communist republic was united with Tanganyika to form modern-day Tanzania.