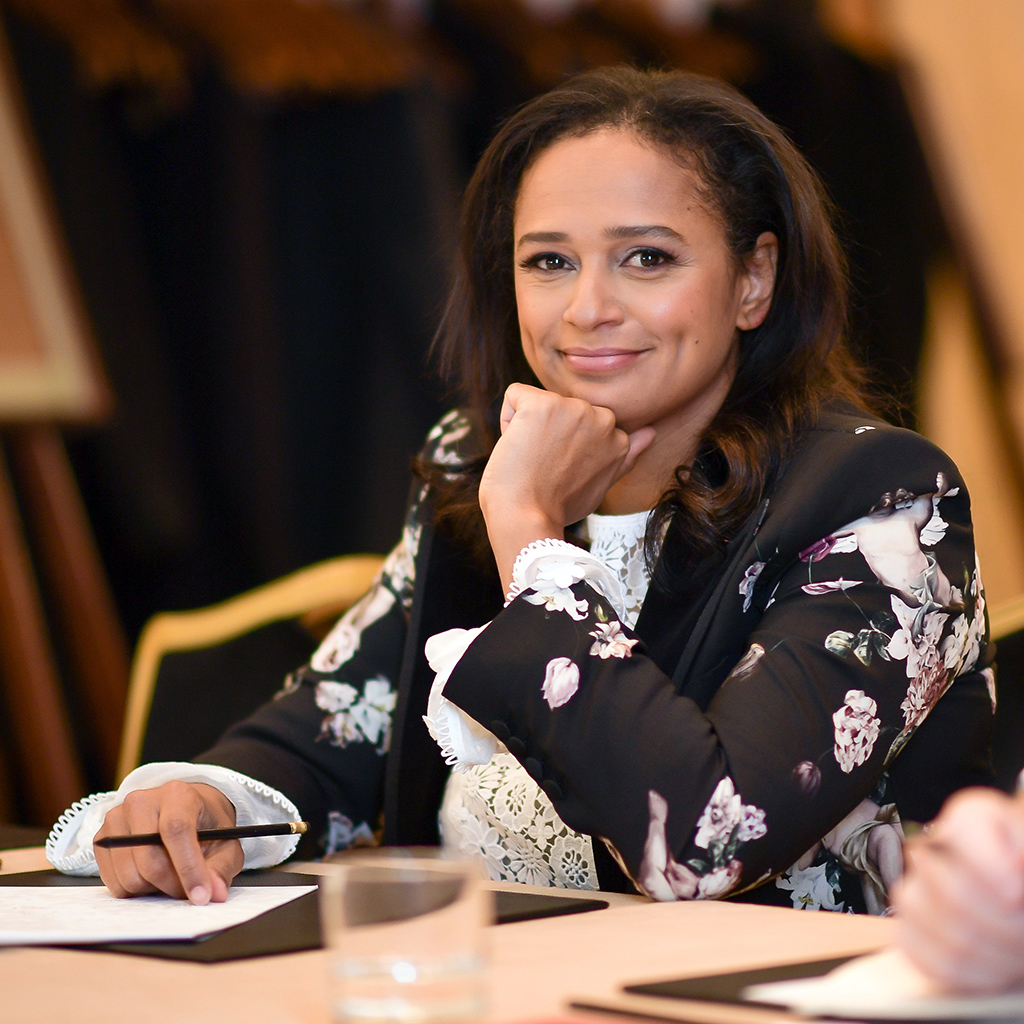 Isabel Dos Santos, with an estimated net worth of $3 billion, is the youngest billionaire on the African continent and the only woman in that category. Most of her fortune has come from owning various stakes in cement, diamond, oil, and telecommunications corporations which she derived from her father, Jose Eduardo Dos Santos, the longtime president of Angola.

Isabel Dos Santos was born to Tatiana Kukanova and Jose Eduardo Dos Santos on April 20, 1973, in Baku, Azerbaijan, a currently independent nation which at that time was part of the Soviet Union. She is the oldest daughter of the couple. When Angola gained its independence from Portugal in 1975, her family returned to that nation, and Isabel first attended public school in the capital, Luanda.

Jose Eduardo Dos Santos became president in 1979, and shortly afterward he divorced Isabel’s mother who took her to London where she received an education at St. Paul’s public school for two years. She then studied business management and electrical engineering at King’s College London, UK, graduating in 1995.

In 1997 at the age of twenty-four, Dos Santos entered her first business venture when she became a partner in a Luanda restaurant called Miami Beach. The owner, Rui Barata, allowed a small ownership stake, correctly believing her association with the restaurant would make it successful.

Dos Santos’s first venture that would generate significant wealth came in 1999 when she created Trans-Atlantic Investment Services, an investment company headquartered in Gibraltar.  Through her father’s influence, the company obtained a 24.5 percent stake in a diamond marketing partnership that sold African diamonds around the world. Dos Santos transferred her stake in Trans-Atlantic to her mother after only one year, however, due to growing international scrutiny of “blood” diamonds that were usually mined by coerced labor.

Later in 2000, her father granted Unitel, a Netherlands-based international telecommunications company, the right to become the first mobile telephone company to operate in Angola.  Isabel Dos Santos received a 25 percent stake in the company estimated to be worth at least $1 billion.

In 2005 Dos Santos formed a partnership with Fernando Teles, a Portuguese-born Angolan banker. Together they opened Banco Internacional de Credito which quickly became one of the largest banks in Angola. Dos Santos owned 25 percent of the bank which generated personal earnings for her of approximately $160 million a year. Later that year, she acquired a 7 percent stake in Galp Energia, a Portuguese energy company, and nearly 19 percent of Banco BPI, Portugal’s largest bank. She is a controlling shareholder of the Portuguese cable TV and telecom firm, Nos SGPS. In June 2015, she spent $200 million to become part owner of the Portuguese electric power equipment firm, Efacec Power Solutions. She also has stakes in supermarkets and cement companies in Angola. In 2015 the British Broadcasting Corporation (BBC) named Dos Santos one of the 100 Most Influential Women in the World.

Dos Santos and her husband, Sindika Dokolo, a Congolese art collector and the son of the founder of Bank of Kinshasa, have been married since 2003. They have three children and divide their time between Luanda, London, Lisbon (Spain), and Johannesburg (South Africa).