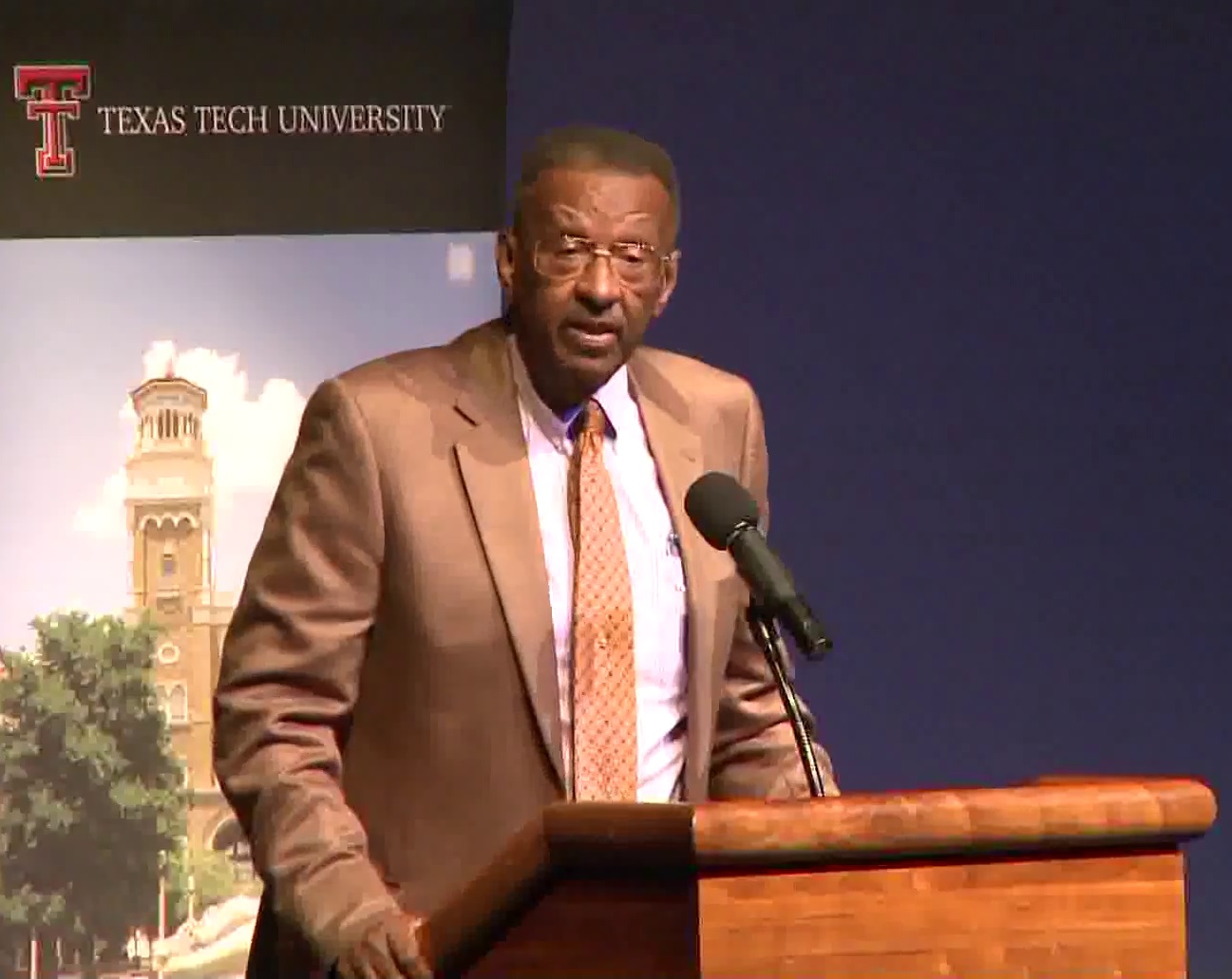 Walter Edward Williams, economist, educator, political pundit, radio personality, and syndicated columnist, was born in Philadelphia, Pennsylvania in March 31, 1936.  Williams and his sister were raised by a single mother in the Richard Allen Housing Project in North Philadelphia.  Williams was educated in Philadelphia public schools and some of his neighborhood acquaintances included Bill Cosby and the children who inspired the comedian to create the popular cartoon series Fat Albert and the Cosby Kids (1972–1985).

After graduating from high school, Williams moved to California.  He completed one semester at Los Angeles City College in 1959 before joining the US Army.  While stationed in the Deep South, he challenged the military’s Jim Crow policies by writing protest letters to Army officials.  Because of his activism, Williams faced court martial and avoided prosecution only because military officials transferred him to an Army base in Korea.  While stationed in Asia, he continued to raise issues related to racial discrimination on military bases and once shared his concerns and experiences in a letter to President John F. Kennedy.

During the 1970s, Williams held a series of teaching positions at Los Angeles City College, California State University, Los Angeles, Temple University, and Grove City College.  In 1980 he joined the faculty in the economics department at George Mason University where he remained to his death.

As a staunch libertarian capitalist, Williams’s political and economic philosophy included supporting a free market.  He has opposed social programs such as welfare for the poor and ethnic minorities, arguing that such programs sap the personal initiative of people in those communities.  He has also criticized anti-discrimination legislation as well as minimum wage and affirmative action laws.

Williams has also authored ten books and hundreds of news articles and scholarly essays on topics ranging from economics to race.  Some of his books include America:  a Minority Viewpoint (1982), All It Takes Is Guts:  A Minority View (1988), Do the Right Thing:  The People’s Economist Speaks (1995), More Liberty Means Less Government:  Our Founders Knew This Well (1999), Liberty versus the Tyranny of Socialism:  Controversial Essays (2008), and Race & Economics:  How Much Can Be Blamed on Discrimination? (2011). In 2010, his memoir Up from the Projects:  An Autobiography was published.

Since 1981, Williams’s libertarian views have been expressed in his popular weekly column “A Minority View” which appears in hundreds of newspapers and on news websites.  His 1984 book The State Against Blacks led to his serving as host of the documentary Good Intentions.  He was also a regular contributor and sometimes guest host on the syndicated Rush Limbaugh Show.

During his distinguished career, Walter Williams earned numerous awards and recognitions for his teaching, research, and newspaper columns.  He also serves on several advisory boards, including the Cato Institute, the Institute of Economic Affairs, the Heritage Foundation, the Bruin Alumni Association, and the Landmark Legal Foundation.

Williams’s wife passed away in 2009.  He last served as the John M. Olin Distinguished Professor of Economics at George Mason University. Williams passed away on December 2, 2020, in Arlington, VA. He was reported to have been suffering from chronic obstructive pulmonary disease.