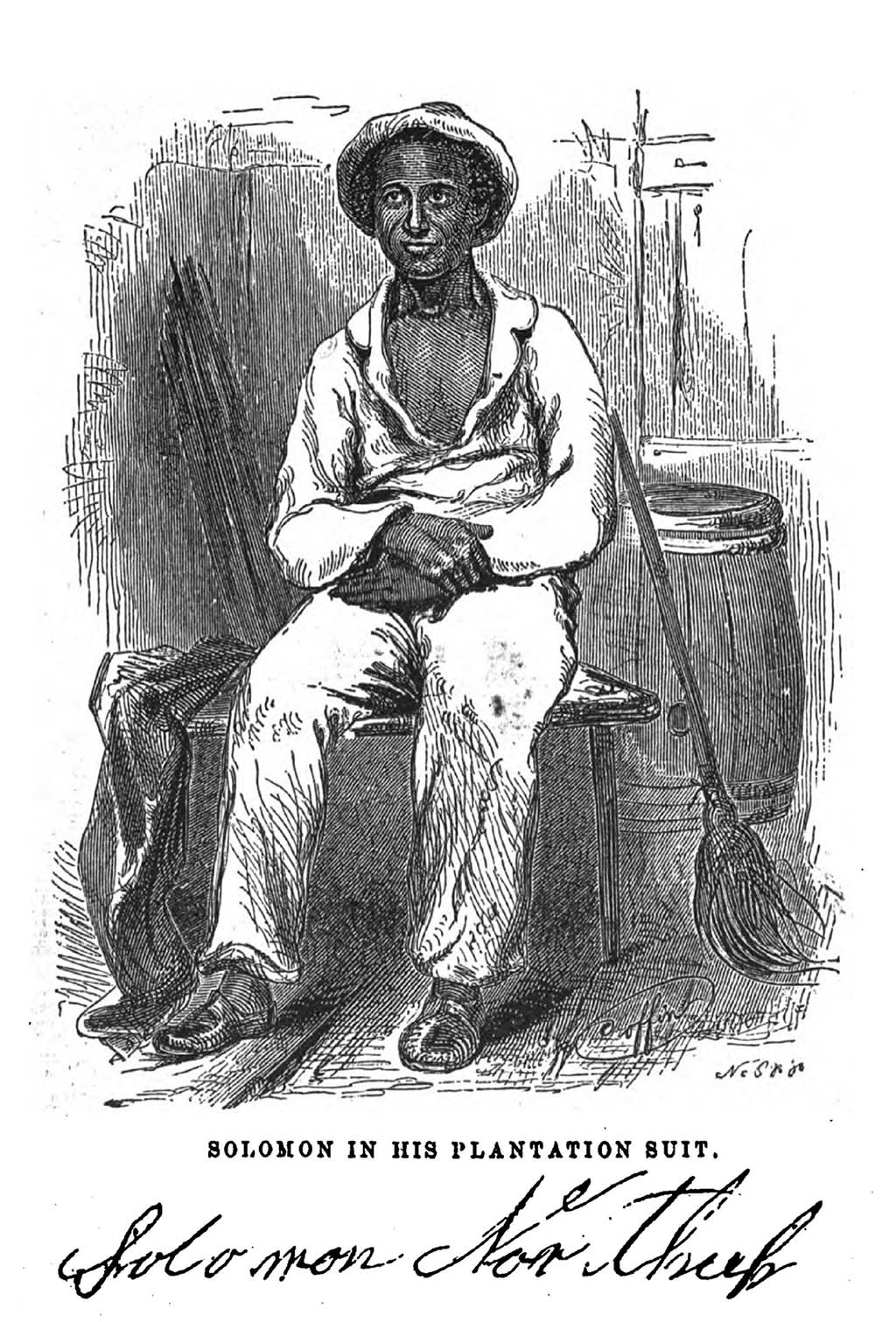 Solomon Northup was a free black man who was illegally held in bondage for twelve years before he regained his freedom.  Northup was born to free parents in Minerva, New York in 1808. Little is known of his mother other than she was born a free mulatto.  His father Mintus Northup, an emancipated slave, was a farm owner, voted in local elections, and valued education for his sons, Solomon and elder brother Joseph.

On December 25, 1829 Solomon Northup married Anne Hampton and the couple had three children:  Elizabeth, Margaret, and Alonzo. The Northup family sold the family farm and moved to Glens Falls, New York where he worked numerous seasonal jobs around their county of residence.  His wife also contributed to the family’s income as a part-time cook at various taverns in rural New York State.  Northup eventually gained a reputation as a brilliant violinist who entertained large audiences throughout rural New York.

While seeking temporary employment in Saratoga Springs, New York in 1841, Northup was propositioned by Merrill Brown and Abram Hamilton to play his violin at an event in New York City. Without notifying his wife and collecting his free papers, he departed with the men.  Following his performance in the city, the men convinced Northup to attend a circus with them in Washington City (Washington, DC), where slavery was legal.  During the trip, Brown and Hamilton drugged Northup, kidnapped him, and stripped him of his identity.  They renamed him Platt and sold him to James H. Birch, a slave trader, in Washington, DC.  Eventually Northrup was sold to a Louisiana planter.

Northup recounted his experiences in his memoir, Twelve Years a Slave: Narrative of Solomon Northup, a Citizen of New York, Kidnapped in Washington City in 1841 and Rescued in 1853, from a Cotton Plantation near the Red River in Louisiana which appeared a decade before the Emancipation Proclamation.  The book describes in vivid detail the harsh but at times humane treatment he experienced while serving on four cotton and sugar cane plantations.  His memoir also describes the torture of other slaves, including the rape of a slave woman.

Northup was finally rescued from slavery with the help of Samuel Bass, a carpenter from Canada, who sent letters to Northup’s family detailing his location.  With the assistance of Henry B. Northup, a relative of Mintus Northup’s former owner as well as Washington Hunt, the Governor of New York, and Louisiana Senator Pierre Soule, Solomon Northup was finally located and released from slavery in 1853.

After reuniting with his family, Northup traveled throughout the North and Canada, speaking to abolitionist groups about his experiences as a slave in Louisiana.  He also attempted to sue the men involved in his abduction. However, the case was tried in Washington where blacks had no legal rights and standing in court.  After several attempts, legal proceedings were dropped in 1857.

There is some uncertainty of what happened to Northup after 1858.   At the time of his wife’s death in 1876, some obituaries stated she was widowed but others believe Northup had been kidnapped and again sold into slavery. Despite the confusion over Northup’s death, his memoir remains, along with Harriet Beecher’s Stowe’s Uncle Tom’s Cabin which was released a year earlier, a powerful indictment of the inhumanity of slavery.

Solomon Northup. Twelve Years a Slave: Narrative of Solomon Northup, a
citizen of New York, Kidnapped in Washington City in 1841 and Rescued in
1853, from a cotton plantation near the Red River in Louisiana