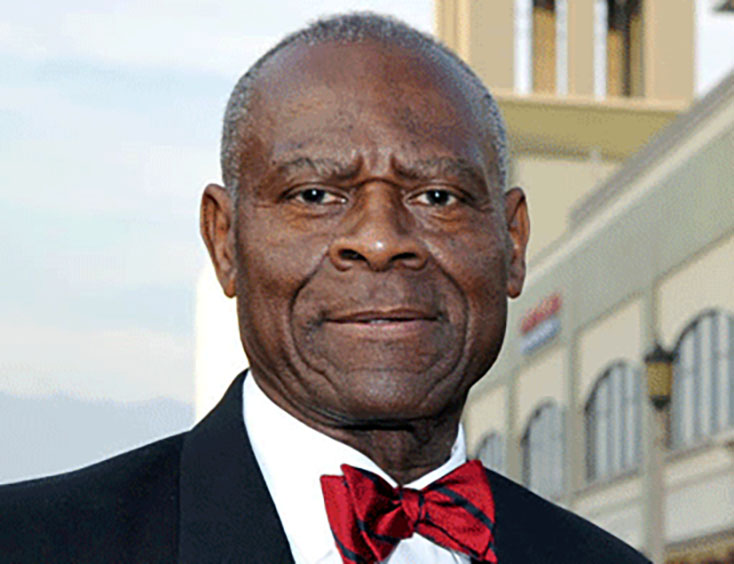 Former professional football player, businessman, and diplomat, Sidney Williams was born in Shreveport, Louisiana on March 24, 1942. Raised in Houston, Texas, he attended the city’s Phillis Wheatley High School and upon graduation in 1959 enrolled at Southern University in Baton Rouge, Louisiana. A standout on the university’s football team, he was drafted by the Cleveland (Ohio) Browns. In his rookie season as a defensive lineman in 1964 his team won the National Football League Championship with the help of legendary running back Jim Brown. Williams also played for the Washington (D.C.) Redskins, Baltimore (Maryland) Colts, and Pittsburgh (Pennsylvania) Steelers.  On June 4, 1967, along with other prominent African American athletes, Williams participated in a historic press conference in Cleveland to express support for boxing great Muhammad Ali, who was to stand trial for refusing to submit to the military draft.

Leaving the gridiron in 1969, Williams worked for the Black Economic Union (BEC) which focused on assisting small businesses and hopeful entrepreneurs. Williams earned a master’s degree at Pepperdine University in 1973, and from 1974 to 1976 he worked as a legislative aid and later chief of staff for Los Angeles City Councilman David S. Cunningham. In the late 1970s he was also a project manager for the Los Angeles Community Redevelopment Agency. He married then California State Assemblywoman Maxine Waters, a divorcée with two children, in 1977.  In 1979, Williams joined the sales force at a Los Angeles Mercedes-Benz dealership.

Williams was not at that time generally known to be interested in politics or public office. However, in early 1994, with the backing of his wife, now U.S. Congresswoman Maxine Waters, Williams was nominated by President Bill Clinton to become the first African American ambassador to the Commonwealth of the Bahamas. Although the nomination was controversial because of Williams’s lack of diplomatic or political experience, eventually he was confirmed by the U.S. Senate.  On March 27, 1994, Williams, just minutes after presenting his credentials to the Bahamian governor-general, fainted in the heat. Despite his inauspicious beginning, his four-year term as ambassador to the Bahamas was absent of crises.

Except for accompanying ousted Haitian President Jean-Bertrand Aristide in his escape by jet to Africa in 2004, Williams remained out of the public eye when his term as ambassador ended in 1998.  Ten years later, in 2008, in the wake of the Wall Street financial crisis, critics alleged that his wife, Congresswoman Waters, had abused her position on the House Financial Services Committee by favoring legislation that would benefit a bank that Williams owned stock in. Waters was exonerated by the House Ethics Committee.

Williams is a past board member of the Los Angeles Southwest Community College Foundation, the Kazi House (a drug rehabilitation center), and the Minority Golf Association.