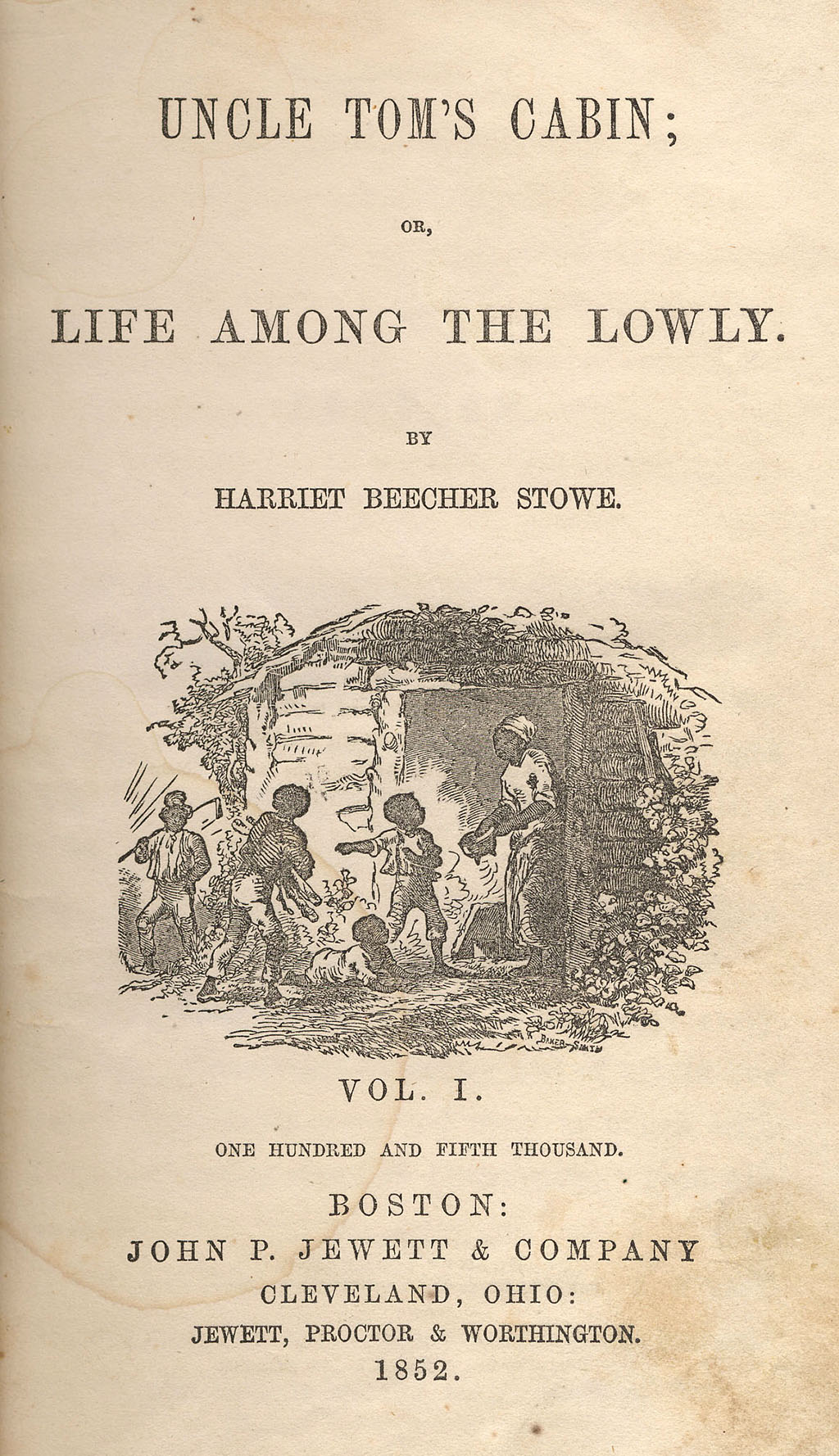 Uncle Tom’s Cabin, written and published by Harriet Beecher Stowe in 1852, was the most popular 19th century novel and, after the Bible, was the second-best-selling book of that century.  Over 300,000 copies were sold in the United States in its first year alone.  The book’s impact on the American public on the issue of slavery was so powerful that when President Abraham Lincoln met Harriet Beecher Stowe at the start of the American Civil War he stated “so this is the little lady who made this big war.”

This anti-slavery novel was controversial as soon as it appeared.  Stowe used Uncle Tom’s Cabin to publicize the horrors of slavery, bringing them to the attention of thousands who heretofore had not been particularly sympathetic to the abolitionist cause.  Its portrayal of slavery immediately increased the tensions between Southern slaveholders and non-slaveholding Northerners and as Lincoln’s comments suggested, brought the nation to civil war.

Despite Stowe’s desire to portray slavery as a powerful blight upon the nation, she also did much to expand anti-black sentiment through her presentation of stereotypical black characters in the novel. Some of these stereotypes include the darkskinned mammy, “pickaninny” black children, and Uncle Tom, the obedient and long-suffering servant to his white master.   Although these stereotypes exist within Uncle Tom’s Cabin, and existed before the book was published, most observers believe its good in advancing the abolitionist movement, leading to the downfall of the institution of slavery, outweighed the impact of the stereotypes.

Uncle Tom’s Cabin focuses on the struggles of a slave, Tom, who has been sold numerous times and has to endure physical brutality by slave drivers and his masters.  One of Stowe’s central themes is that Tom, despite his suffering, remained steadfast to his Christian beliefs.  He also inspired fellow slaves with his Christianity, leading to the bettering of the life his friend and fellow slave, Cassy.  Tom, through his preaching of the word of God, convinces her to escape.  His refusal to betray Cassy to his master leads to his own brutal death.

Stowe humanizes slaves by making Christianity a central focus of their lives.  She also establishes a commonality with devoutly Christian whites of that era.  Moreover her novel implies that Christianity condemns the immorality of slavery, further isolating those who support the institution.

Uncle Tom’s Cabin is roughly based on the life a former Maryland slave, Josiah Henson, who struggles against slavery and who unlike the novel’s main character, eventually escapes to Canada.   By relating the institution of slavery through the eyes of the slave and by focusing on the heroic struggle of one woman to gain freedom for herself and her child, Harriet Beecher Stowe’s message did much more than hundreds of abolitionist presentations to persuade Americans to oppose slavery. The book, read by hundreds of thousands of Americans and the plays it inspired, viewed by millions more, proved a powerful weapon in the campaign to end human bondage in the United States.