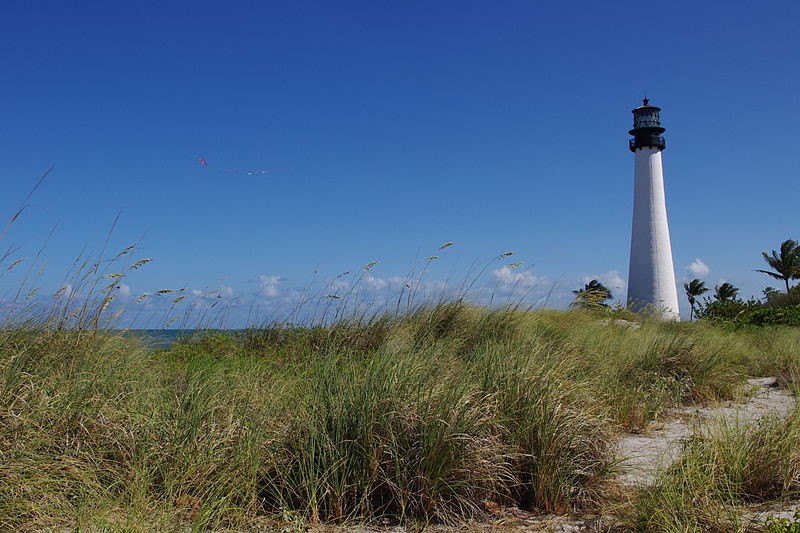 The “Saltwater Railroad” refers to the coastal waterway followed by many enslaved people escaping from the Southern slave states into the British-controlled Bahamas. The saltwater railroad served a similar function as the Underground Railroad, a land pathway, that allowed enslaved people to flee to northern states and ultimately to Canada.

Movement to the Bahamas began as early as 1821. In 1818, future President Andrew Jackson, a supporter of slavery, invaded Spanish Florida which had previously served as a slave refuge. The official American takeover of Florida in the 1819 Adams-Onis Treaty prompted the flight of hundreds of blacks into the British-held Bahamas, beginning the four decades-long movement.

In the early 1800s, enslaved people from the deep South were limited in their options for escape: the northern states and British Canada, where slavery was either restricted or abolished by the 1820s, were thousands of miles away, making the Bahamas a more viable option.

The Bahamas were an attractive destination for numerous reasons. The majority of the population was black, a condition that allowed for slave resistance movements in the islands to take root. Free blacks in the Bahamas began to fight for rights not yet acknowledged in the slaveholding South. Black residents of the Bahamas could own land, marry and seek education. In 1825 the British government declared that anyone who traveled to British grounds, regardless of their prior status, was free and nine years later in August 1834, slavery was abolished throughout all British territories including the Bahamas. As an island chain which at some points was only 154 miles from Florida, growing numbers of black slaves sought and used the Saltwater Railroad to gain their freedom.

Fugitives who escaped Southern plantations took refuge on the beaches of Southern Florida. Those with money paid for their passage to the Bahamas on Bahamian boats, while those without embarked on the perilous journey in handmade canoes. Once in the Atlantic, runaway slaves faced recapture by pirates as well as ocean storms.

Those who made it to the Bahamas assimilated into a community populated by the Bahamian descendants of African slaves and “Black Seminoles,” runaway slaves from the deep South who first took refuge with the Seminole Indians in Florida, and then made their way to the Bahamas as the tribe was forced to Indian Territory on the Trail of Tears.

By the 1830s, an estimated 6,000 enslaved people had escaped to the islands. Notably, in 1841, a revolt on the Creole, a ship transporting slaves from Virginia to Louisiana, led to the liberation of over 100 people who sailed the ship to Nassau, Bahamas. Their escape inspired many other escapes, especially from Florida Territory.

Given the proximity of Florida (whose population in 1850 was 40% enslaved) to the British-controlled safe haven in the Bahamas, the potential for drastic losses led American officials to demand the return of fugitives from the United Sates. The British, however refused to returned fugitives but negotiations with U.S. diplomats led to the compensation of slave owners under the British Emancipation Act. The British-American relationship however remained strained by the saltwater migrations until after the Southern secession in 1861.

Today, the traditions and stories of the Southern runaway slaves and their journey on the Railroad are kept alive in the Adelaide and Gambier communities in the Bahamas, which are mainly populated by descendants of the early black escapees.