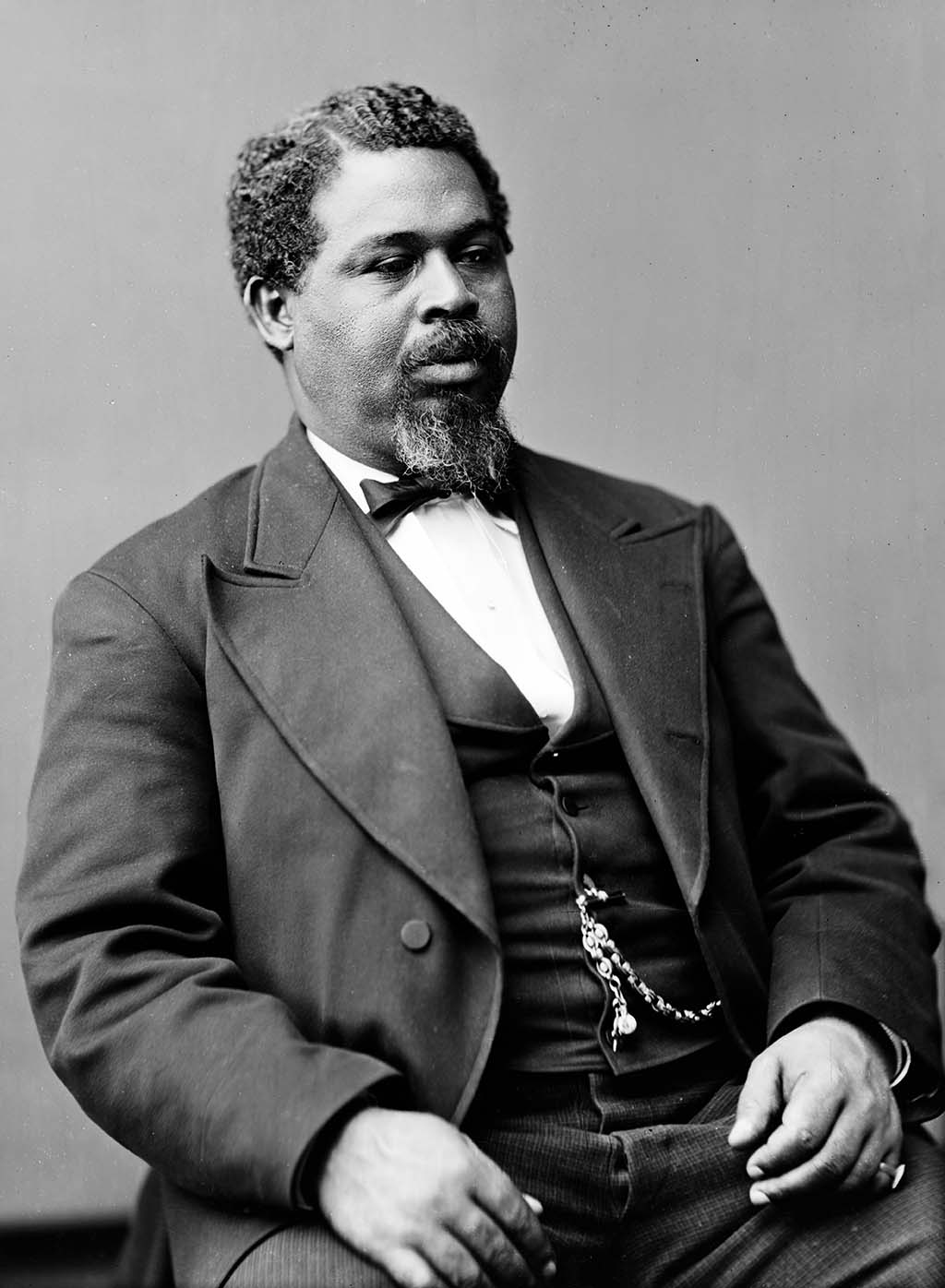 Robert Smalls was born in Beaufort, South Carolina, on April 5, 1839 and worked as a house slave until the age of 12. At that point his owner, John K. McKee, sent him to Charleston to work as a waiter, ship rigger, and sailor, with all earnings going to McKee. This arrangement continued until Smalls was 18 when he negotiated to keep all but $15 of his monthly pay, a deal which allowed Smalls to begin saving money. The savings that he accumulated were later used to purchase his wife and daughter from their owner for a sum of $800. Their son was born a few years later.

In 1861 Smalls was hired as a deckhand on the Confederate transport steamer Planter captained by General Roswell Ripley, the commander of the Second Military District of South Carolina. The Planter was assigned the job of delivering armaments to the Confederate forts. On May 13, 1862, the crew of the Planter went ashore for the evening, leaving Smalls to guard the ship and its contents. Smalls loaded the ship with his wife, children and 12 other slaves from the city and sailed it to the area of the harbor where Union ships had formed their blockade. This trip led the ship past five forts, all of which required the correct whistle signal to indicate they were a Confederate ship.  Smalls eventually presented the Planter before Onward, a Union blockade ship and raised the white flag of surrender.  He later turned over all charts, a Confederate naval code book, and armaments, as well as the Planter itself, over to the Union Navy.

Smalls’s feat is partly credited with persuading a reluctant President Abraham Lincoln to now consider allowing African Americans into the Union Army.  Smalls went on a speaking tour across the North to describe the episode and to recruit black soldiers for the war effort.  By late 1863 he returned to the war zone to pilot the Planter, now a Union war vessel.  In December 1863 he was promoted to Captain of the vessel, becoming the first African American to hold that rank in the history of the United States Navy.

When his last term ended Smalls moved back to Beaufort, South Carolina to become the United States Collector of Customs.  He also purchased and resided in the house in which he had once been a slave. Robert Smalls died in Beaufort on February 22, 1915 and is buried there with his family.  He was 76 at the time of his death.