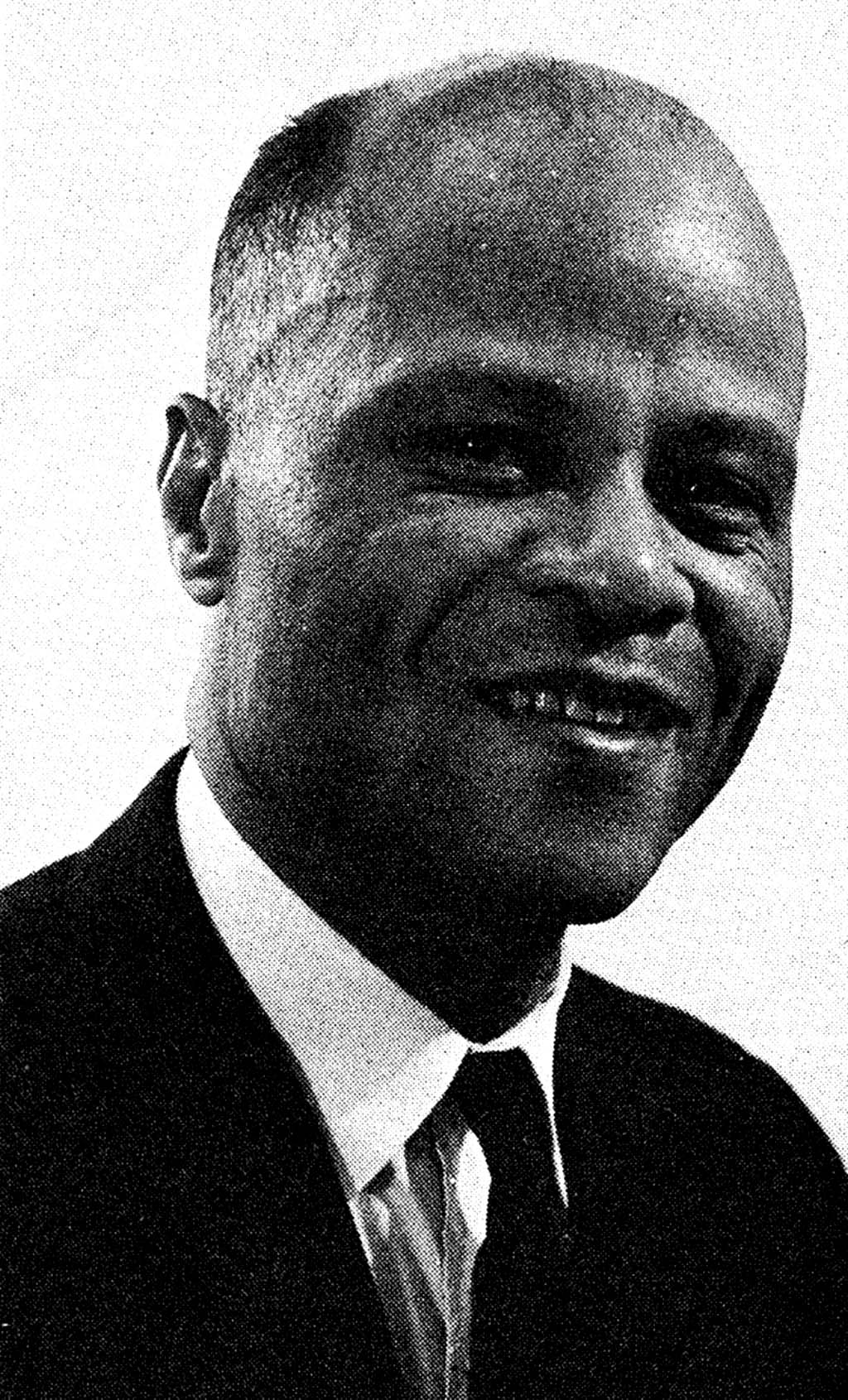 John Edward Reinhardt, ambassador and diplomat, was born in Knoxville, Tennessee in 1920. After serving in World War II, he received a Bachelor of Arts degree from Knoxville College in 1939, a Masters degree from the University of Wisconsin in 1947, and a Ph.D. in English from the University of Wisconsin in 1950. Reinhardt was the first African American to serve as U.S. Ambassador to Nigeria, Africa’s most populous nation. He was assigned there from 1971 to 1975.

Reinhardt joined the Foreign Service in 1957 as a Foreign Service Officer in the U.S. Information Agency (USIA).  During his tenure he served as a Cultural Officer in Japan, the Philippines, and Iran.  From 1966 to 1971 he was the USIA Assistant Director for Africa, and the Far East. Other positions included Assistant Secretary of State for Public Affairs, Assistant Secretary for the Arts and Sciences, and Director of International Activities at the Smithsonian Institution. He also headed the Bureau of Education and Cultural Affairs of the State Department.

President Jimmy Carter recognized his distinguished service and named him Director of the U.S. Information Agency (USIA), where he served from 1977 to 1981. In compliance with President Carter’s policy objectives of changing misperceptions between the U.S. and other nations over the nature of the agency, its name was changed during Reinhardt’s watch to the U.S. International Communication Agency (USICA). As Director of USICA Reinhardt announced to the United Nations General Assembly that the U.S. had funded a $25 million satellite system project to improve communication between the United States and developing countries.

After retirement from the Foreign Service Reinhardt continued his service to the United States in a variety of capacities.  Since 1998 he has been a member of the Advisory Council of the National Council for International Visitors (NCIV). Reinhardt has also served as a board member of the American Academy of Diplomacy, Georgetown University’s Institute for the Study of Diplomacy, the Population Council of America, and the Middle East Institute. He was a team member of the Global Academy for International Athletics, which promoted programs to train children for the Olympics, World Cup, and other international athletic competitions.

Reinhardt served on Secretary of State Henry Kissinger’s team for African diplomacy and negotiations for Rhodesian and Namibian initiatives. He was honored as a U.S. Institute of Peace Distinguished Fellow (1988-89).  The Institute was established by the U.S. Congress in 1984 to promote peaceful resolutions to international conflicts. In addition to relations between governments, as a fellow in the Institute Reinhardt helped develop strategies to improve direct communications between the U.S. and the people of various nations.

In 1996 Reinhardt and about 100 other former security experts took the unusual step of endorsing President Bill Clinton’s foreign policy initiatives during his reelection campaign. On June 16, 2004 Reinhardt joined “Diplomats and Military Commanders For Change,” a group that openly opposed the Iraq War.

Reinhardt died at a retirement community in Springville, Maryland after complications from a stroke. He was 95.