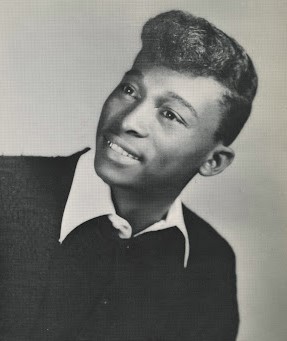 Sir Guy’s early education began in 1952 at Abraham Lincoln Elementary School, where he played trumpet and was a member of the band under the tutelage of Carl W. Clark. He also sang in the Gospel Choir at Saint Mark’s Baptist Church.

At 14, in 1960, Sir Guy was invited as a lead tenor of the local a capella doo-wop ensemble called The Visions (Earl Gordon, Robert White, Michael Smith, Harold Barron, Clayton Miller, Rizwell Finney) that embraced and promoted the Norfolk Sound. He remained with the group that only performed R & B covers principally for four years and left in 1964.

However, in 1965, encouraged by George Perkins, owner of a popular Liberty Street nightclub, to sing as a soloist. Sir Guy first signed on Frank Guida’s S.P.Q.R. label. In 1967 he released the singles “Broke Down and Cried” and “The Frog” on the label. After leaving Guida in 1967, the songs were re-worked as “The Frisky Frog” and “I Cried” for Perkins and Lenis Guess’ D.P.G. imprint.

In 1969, Sir Guy & The Rocking Cavaliers released two singles, “My Sweet Baby” and “Funky Virginia” which were joint compositions by Sir Guy and Perkins on the D.P.G. label The latter song was a regional hit.

The single “Let Home Cross Your Mind” was released in 1972, and within a few months, Sir Guy created a revised version with a new title, “I Need You, Baby.” Both compositions were regional hits.

Clarence Eugene “Sir Guy” Barron, whose performances at Norfolk’s Eureka Lodge, The Plaza Hotel, and Queen’s Topside Lounge on Church Street was a weekend treat, died on June 15, 2010, at his home of cancer in Aiken, South Carolina. He was 64. After his death, the singles ‎ “I Need You Baby” and “Let Home Cross Your Mind” were released again in 2011 with backup by the Speller Bros. Band. Those songs along with rereleases (2015) of Sir Guy’s “My Sweet Baby” and “Funky Virginia” continued the Norfolk Sound.