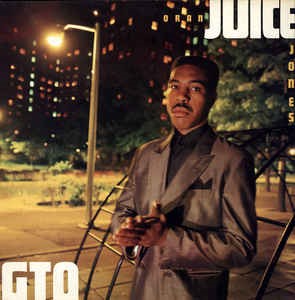 R&B singer Oran “Juice” Jones was born on March 28, 1957, in Houston, Texas. However, he was reared in Harlem, New York. He is the father of seven children. Jones graduated from the United States Naval Academy in 1981, receiving U.S. Marines Corps’ Scout Snipers, Reconnaissance Training, and was the second African-American Brigade Commander in the history of the Naval Academy. He remained in the military until 1986.

Upon leaving the Marine Corps, Jones became the first R&B artist on the hip-hop Def Jam/Columbia Records label, releasing a debut album entitled Juice at peaked at no. 4 R&B and no. 44 on Billboard Hot 200. On that album, the single crossover hit “The Rain” topped the charts in 1986, peaking at no.1 on R&B, no.4 UK Singles, no.7 US Dance, and no. 9 on the Billboard Hot 100. The song sold more than a million copies and earned him a nomination for “Best R&B Vocal Performance, Male” at the 29th Annual Grammy Awards in 1989. His single “Curiosity” reached no.45 R&B.

Jones’ second album released was G.T.O.-Gangsters Takin’ Over. Although it reached no. 36 on the R&B chart in 1987, the album was not as successful as the earlier work. “Cold Spendin’ My Money” last made it to no.41 on Hot R&B/Hip-Hop Singles. Also on the album were the singles “Rock The Night Away” and “How To Love Again,” the latter a duet with R&B labelmate Alyson Williams.

Jones’ 1989 album To Be Immortal, on Def Jam/Columbia Records, did not chart despite having the single “Pipedreams.” The track “Street Style” featured vocal input from Chuck Stanley, who also contributed to Oran’s previous albums. In 1992, Jones appeared in Spike Lee’s biographical film Malcolm X.

In 1997, Jones released Player Call on Tommy Boy Records. On this collection, he collaborated with Midori (Michele Watley), an inductee in the AVN Hall of Fame (Adult Video News). It, too, did not chart.

Ranked VH1’s top 100 One Hit Wonders of the 80s, Oran “Juice” Jones retired from the music recording and performing industry in 2008 to take care of his ailing mother.