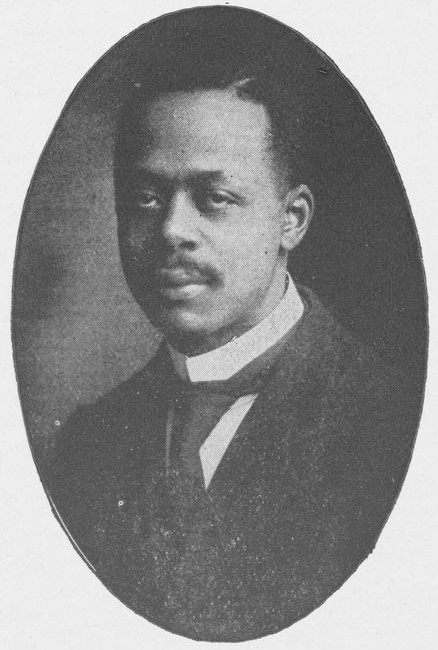 Wright graduated from Georgia State Industrial College for Colored Youth (now Savannah State University) in Savannah, Georgia in 1898. His father, Richard R. Wright Sr., was then President of the institution. Two years later Richard Wright Jr. was ordained an African Methodist Episcopal (AME) minister. Needing more formal education for his calling, Wright enrolled in the University of Chicago’s Divinity School and received a Bachelor of Divinity Degree in 1901 and a Master of Arts degree in Biblical Languages in 1904.

In 1903, Wright, influenced by sociologist W.E.B. Du Bois, worked as a cargo crew member to take a steamship to Germany where he studied for two years at the University of Berlin and later at the University of Leipzig in Berlin. There he completed a thesis, “The Historicity of the Acts of the Apostles.” Upon returning to the United States in 1906, he founded the Eighth Ward Building and Loan Association in Atlanta. In 1909 he became the editor of The Christian Recorder, the official organ of the African Methodist Episcopal Church, a post he held until 1936. In 1910, he and Charlotte Crogman, daughter of William H. Crogman, the first African American president of Atlanta University (now Clark Atlanta University), were married.

In 1911 Wright earned a Doctor of Philosophy degree in sociology from the University of Pennsylvania in Philadelphia, Pennsylvania. He was the second African American to receive that degree after Pezavia O’Connell who earned a PhD. in 1898 in Semitic Studies. Wright’s dissertation was “History of the Pennsylvania Negro.” Over time Wright published other works including “The Teaching of Jesus: a study in the theology of the gospels,” and “The Negroes of Philadelphia,” in the Philadelphia Ledger;” “The Economic Conditions of the Negro in the North,” in Southern Workman,” and “The Negro Problem; What It Is, and What It Is Not,” in African Methodist Episcopal Review.

In 1928, Wright became the pastor of Ward AME Church in Philadelphia. Wright joined his father, Richard R. Wright Sr., who in 1921, after serving 30 years a President of Georgia State Industrial College for Colored Youth in Savanah, founded Citizens and Southern Bank and Trust Company in Philadelphia which by 1940 had more than $5.5 million. There the younger Wright assisted thousands of African Americans in Philadelphia with employment, owning homes and properties, and developing businesses. In 1932, In 1932 Wright moved to Wilberforce, Ohio to become the 9th President of Wilberforce University. He held that post from 1932 to 1936 and again from 1941 to 1942. In 1936, Wright became a bishop of the AME Church with the assignment of traveling with a contingent to South Africa to open more than 50 new schools.