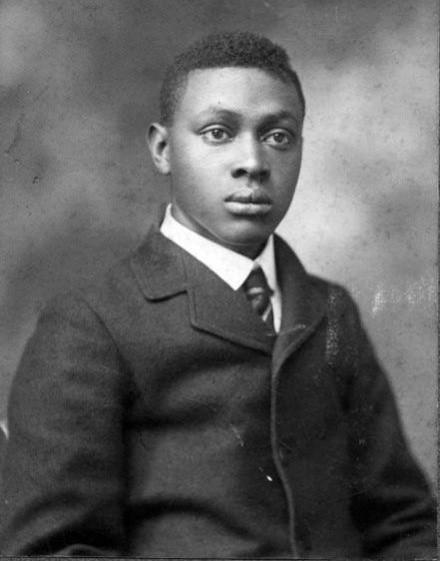 Ralph Elwood Brock is generally recognized as the first African American forester. Brock was academically trained and became an experienced manager of foresters in his home state of Pennsylvania. Born on February 15, 1881, near Pottsville, Pennsylvania, he was one of the seven children of Rev. John C. Brock, a Civil War Veteran, gardener, schoolteacher, and minister in the African Methodist Episcopal (AME) church, and homemaker Alcinda Jane (née Dickson) Brock. In 1901, 20-year-old Brock was recommended by family friend Prof. Addison Jones, superintendent of West Chester public schools, to work with Dr. Joseph T. Rothrock, Pennsylvania’s state forestry commissioner. Brock may also have briefly studied botany at the University of Pennsylvania. The following year, 1901, Gov. William. A. Stone appointed Brock a student assistant forester under the direction of forester George H. Wirt.

Brock helped Wirt found the state’s first forest nursery at Mont Alto (now Michaux State Forest). From 1903 to 1906, he trained at Pennsylvania’s new State Forest Academy, one of only three schools in the nation at that time tasked with producing foresters who would preserve natural resources and maintain a tranquil environment of flora and fauna in wooded areas. He was one of the six young men who comprised the academy’s first class of graduates, and the institution later employed him.

Not only did Brock manage students in the academy, but his technical reports and other writings were also collected by the Department of Forestry. His article, “The Raising of the Hardy Catalpa,” was published in Forest Leaves, the official organ of the Pennsylvania Forestry Association. He also developed his own method of manipulating soil to create compost.

Brock’s abrupt departure from the academy in 1911 was the result of the relentless racism he endured over several years dealing with white students who resisted his supervision, ignored his seniority, and refused to accept his expertise. As one white alumnus later recalled, “Brock had a hard time of it for none of the boys could quite content himself being ordered around by a darky, regardless of his ability.” Brock then began a new career as a private forester in Philadelphia and Chester County, where he worked in gardens and orchards on suburban and country estates. Brock and his wife, Pauline, resided in West Chester before relocating to Cleveland, Ohio, in the early 1920s.

By the late 1920s, he was the gardener at the Paul Laurence Dunbar Apartment complex in New York City’s Harlem, the Harlem River Houses. He may also have performed similar work at the city’s Riverside Park and Radio City Gardens in Rockefeller Center. Two years after his retirement in 1957, Brock died in a convalescent home in New Jersey on December 9, 1959, at the age of 78, and was buried in Chestnut Grove Cemetery in West Chester. His life and career are memorialized by, among others, a historic market at the entrance to Penn State Mont Alto campus, the Ralph E. Brock Environment Stewardship Scholarship Fund at the University of Pennsylvania, and a display in the State Museum of Pennsylvania’s Ecology Hall.