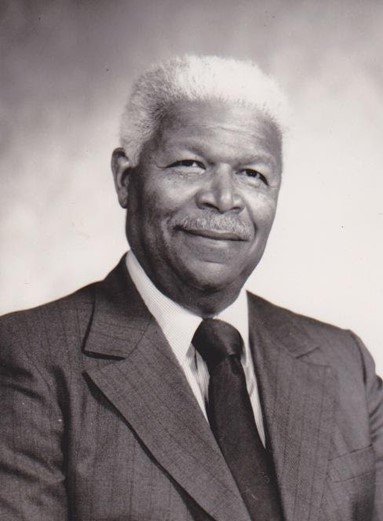 Psychiatrist Dr. Oscar Clement Allen was born in Baltimore, Maryland on May 21, 1921. The eldest of four siblings, Allen was reared in Gloucester, Virginia. His parents were John T. Allen, a farmer, and Bertha Frazier Allen, a homemaker. Allen attended the racially segregated Woodville Rosenwald School in Gloucester, Virginia, and graduated as valedictorian at 14 years of age in 1935. Allen then received a Bachelor of Science degree from Virginia State College (now University) in June 1940 and the Doctor of Medicine degree from Howard University College of Medicine in March 1944. He completed a rotating residency at the Freedman’s Hospital in the District of Columbia. His psychiatry residency was at the Northport Veterans Administration Hospital in Long Island, New York.

Allen practiced medicine privately and was the Medical Director of Willia Hardgrow Mental Health Clinic in Bedford-Stuyvesant, Brooklyn. He was also a senior psychiatrist for the New York City Board of Education from 1960 until his retirement in 1990. He devoted his medical practice to Child Psychiatry for half a century, emphasizing the underserved Black community in Brooklyn and Manhattan. He selected Psychiatry as his specialty because he was deeply moved by his experiences in World War II when he witnessed the severe impact of war on the United States soldiers’ psyche serving in Korea and Japan.

A veteran of the United States Army and its medical corps, from March 1944 until his honorable discharge in August 1946, Allen rose to the rank of Captain. He was honored as an outstanding psychiatrist in Brooklyn by the Provident Medical Society of New York in the 1985. He was also elected President of The COMUS Club in Brooklyn and honored as “COMUS Man of the Year” in 2003.

An avid photographer, musician, swimmer, chess player, world traveler, and pianist who concentrated on the works of Frédéric Chopin, Allen traveled with his family to all 50 states of the United States, throughout the continents of Europe and Africa, North and South America. He also visited the Union of Soviet Socialist Republics (now Russia), and People’s Republic of China.