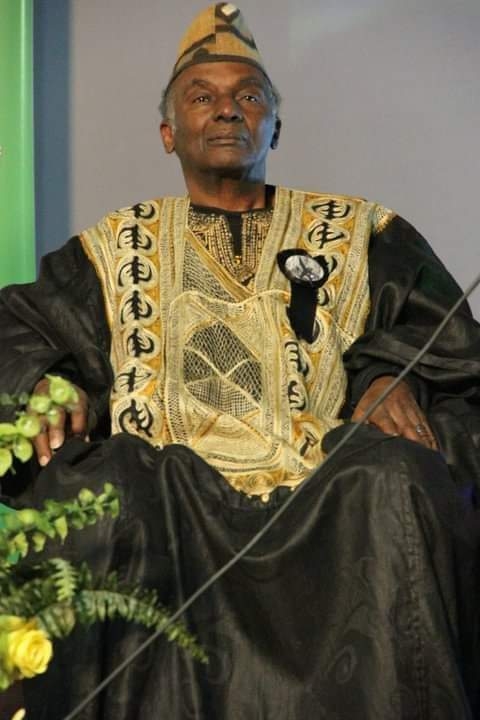 Jeffries was a government honors graduate of Lafayette College in Easton, Pennsylvania. Awarded a Rotary International fellowship to attend Switzerland’s University of Lausanne (1959-61), Jeffries studied law at NYU, and obtained a Columbia University M.A. (1963). A Rockefeller Foundation and Whitney Opportunity Fellow, Jeffries in 1972 earned a Columbia University Ph.D. in political science under the direction of Elliott Skinner, Immanuel Wallerstein, and L. Gray Cowan.

James H. Robinson inspired the French-speaking Jeffries to work for Operation Crossroads Africa from 1962 to 1969. This experience shaped his academic arc. During his career he has taken over 100 trips to Africa and the Caribbean as professor and United Nations consultant, including its agencies, UNDP, UNESCO, and UNAIDS, along with U.S. Agency for International Development (USAID).

While a City College of New York instructor in 1969, Jeffries and John Henrik Clarke established the African Heritage Studies Association (AHSA). From 1969 to 1973, Jeffries was chair of Black Studies at San Jose State College in San Jose, California, where he promoted the idea that unlike traditional academic disciplines, Black Studies was “intimately related to the community.” Thus, in 1971 Jeffries led protests against the police following their killing of John Henry Smith, an African American IBM research chemist. He vowed to be “a thorn” in the side of the powerful and called the court exoneration of Smith’s murderers “a judicial sham, a whitewash, a gross insult to the nonwhite community.”

In 1973, CCNY president Robert Marshak recruited Jeffries to return as tenured full professor and chair of the Black Studies Department, a post he held for 20 years, helping it become one of the largest academic programs in that field nationally. Jeffries became oral history director of the Carnegie-funded Kinte Library for Black Genealogical Research in Washington, D.C. He also consulted on Alex Haley’s Roots book and 1977 television miniseries that followed.