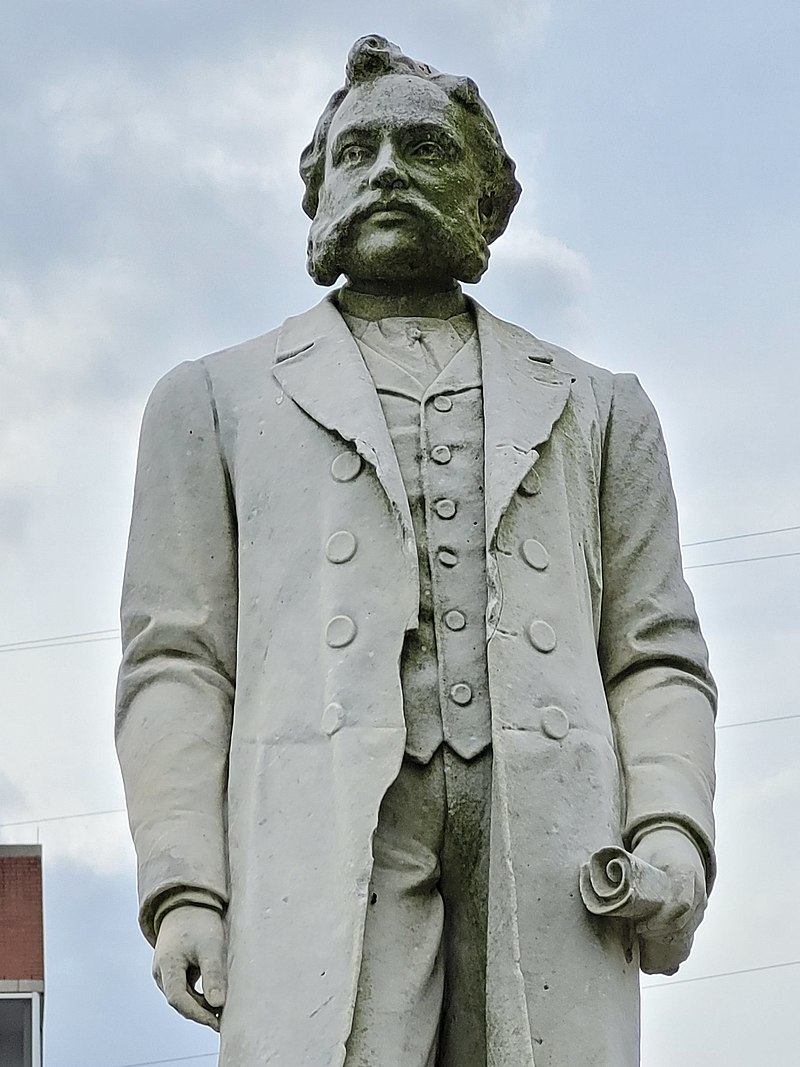 James W. Hill, the owner of the plantation where Hill was born and lived in slavery, was one of the county’s most prominent citizens. It is suspected that Jim Hill was his son. As a child, Jim Hill was taught to read and write by the slave owner’s two daughters. He continued his education as a youth and apprenticed as a machinist at the railroad shops in Holly Springs. A diligent student and worker, Hill quickly rose to the rank of first-class mechanic.

After the Civil War ended, Hill in 1867 held his first public office when he was appointed land registrar for Mississippi. In 1868 he was elected to the Mississippi State Legislature, representing Marshall County. He served a full term in that body and was among those who elected Hiram Revels to the U.S. Senate, the first African American in the nation to serve in that legislative body.

In 1874, Hill was elected secretary of state of Mississippi under Republican Gov. Adelbert Ames. Even after Ames left office, Hill held that position until 1878, remaining even after conservative Democrats had regained control of Mississippi’s state government. Hill served out the remainder of his term under Democratic Gov. John M. Stone. He was the last 19th century African American to be elected to statewide office in Mississippi.

After serving his term as secretary of state, Hill was appointed district internal revenue collector by President Rutherford B. Hayes. He held this position for 12 years before retiring. He was then named postmaster at Vicksburg in 1886. He was the only Mississippi postmaster to ever serve a full four-year term without being confirmed by the Senate. Although the Senate continually refused to confirm the appointment of Hill at each session, the president would reappoint him to office immediately after the adjournment of Congress.

In 1889 Hill was a candidate for land registrar again, but now newly elected President Benjamin Harrison did not support his reappointment, excluding him from the patronage list. Mississippi Democrats were opposed to the appointment, but now a growing number of white Mississippi Republicans also opposed him. Hill, however, did maintain his position as chair of the Republican State executive committee, a post he held continuously from 1884 until his death in 1903.

Hill never married and lived for many years with his mother in a little cottage on West Capitol Street in Jackson, Mississippi. He was a member of the African Methodist Church and deputy grand master of the Black Masons in Mississippi.

Prior to his death, Hill had been in poor health for over a year, struggling with liver trouble. He died suddenly from heart failure on June 12, 1903, at his home. In 1912, an elementary school for African American children in West Jackson was founded and named in his honor. The school was later relocated and renamed Blackburn Middle School. The current Jim Hill High School was constructed in 1966 on Fortune Street in Jackson, Mississippi.