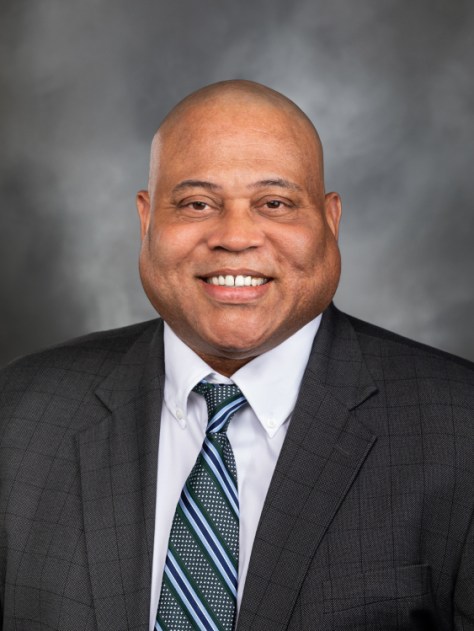 George David Hackney is the current Washington State Representative for the 11th Legislative District Position 1 representing the Georgetown and South Park neighborhoods of Seattle, Washington, as well as Tukwila and portions of Renton, Kent, and unincorporated King County.

Representative Hackney was born in Cleveland, Ohio, and grew up in five different states because of his father’s work for a large oil company.  He graduated from St. Francis DeSales High School in Columbus, Ohio, then in 1987 from Cornell University.  Johnson went on to earn his J.D. degree from Harvard Law School and a Master’s in Public Administration from Harvard’s John F. Kennedy School of Government, both in 1993.

Following graduation, Hackney served as a law clerk for U.S. District Court Judge Earl B. Gilliam in San Diego, California. After a year of private law practice, Hackney joined the U.S. Department of Justice as an assistant United States attorney from 1995 until 2006 serving in San Diego, Alexandria, Virginia, and Pristina, Kosovo, where he was regional legal advisor and developed a trial advocacy course for prosecutors and judges.

From 2002-2003, Hackney took a leave of absence from the Department of Justice, to become part of a trial team at the United Nations that convicted a Bosnian-Serb detention camp commander of crimes of war.

In 2006, Hackney practiced in the Washington, D.C. area as in-house counsel in the private sector, focusing on employment law and human resources. In 2011, he became the senior attorney for global human resources for the Nature Conservancy in Arlington, Virginia. He relocated to Seattle in 2016 to work as in-house employee relations attorney with Amazon.

In 2019, he became the director of talent and legal affairs for Raise Wages Now, funded by the Civic Ventures think tank. Also in 2019, Hackney was appointed by Washington Governor Jay Inslee to the Washington State Human Rights Commission.

Hackney was elected to represent the 11th Legislative District in November 2020, unseating the 18-year Democratic incumbent Zack Hudgins. In the legislature, Representative Hackney serves as vice-chair of the Capital Budget Committee, and as a member of the Public Safety and Transportation Committees.  He has been the primary sponsor for bills to improve state agency technology, fund light rail expansion, reduce sentences for drug offenses and for young offenders. He has also sponsored legislation to preserve affordable housing, expand paid medical and family leave, encourage urban forestry, and reform tax policies.

Representative Hackney is a board member of the Tukwila Children’s Foundation, the Alliance for Gun Responsibility, and the Idjwi Island Education Fund that raised funds to build a school in the Democratic Republic of Congo. He provided trial advocacy training workshops to prosecutors and defense attorneys in Tashkent, Uzbekistan from 2012 to 2016. He also serves as an adjunct professor at the University of Washington School of Law.