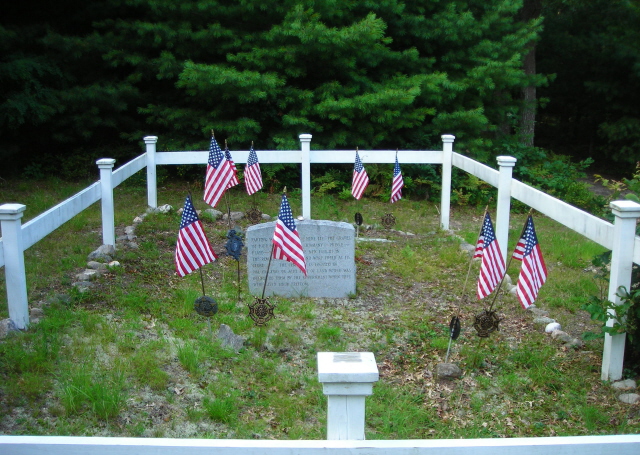 Cato Howe was an enslaved African-American who served in the American Revolutionary War as a courier and a spy. Service in the American Revolutionary War gives a person the status of Patriot. There is little information about the early life of Howe before the war. Howe enlisted as a private into the Continental Army in the spring of 1775, along with his enslaver Hercules Mulligan. Howe served with the 2nd Massachusetts Regiment, commanded by Colonel John Bailey. Mulligan owned a clothing and tailoring business and offered his services to the British and Hessian soldiers, giving his access to communications with the opposition. He used his position to operate as a spy for the Continental Army, sending messages directly to General George Washington through Alexander Hamilton.

Mulligan knew that the British would not suspect an enslaved person to be intricately involved in the practices and plannings of the war. Howe was used in this capacity, and was allowed to ferry packages directly to Washington. The packages contained intelligence and translations vital to the movements of the Continental Army. Howe’s regiment was instrumental in The Battle of Bunker Hill during the summer of 1775, and also served in the New York campaign the following year.

The 2nd Massachusetts Regiment was present at The Battle of Trenton (December 1776), the Battle of Princeton (January 1777), the Battle of Saratoga (September-October 1777). Howe is listed as being in Valley Forge, Pennsylvania between December 1777 into Spring of 1778, when the regiment went to participate in the Battle of Monmouth (June 1778). Mulligan was suspected of espionage, and Howe was captured and jailed briefly in New York after the battle. He was tortured and interrogated about his frequent deliveries out of town, but Howe refused to talk and was eventually released with the thought that he knew nothing.

Howe delivered a message in January 1779 to Alexander Hamilton that stated the British were planning an attack to kidnap American leaders, including Washington. This vital information allowed Washington to move quickly and take immediate precautions, avoiding disaster at a critical point of the war. Howe later delivered another critical message to Washington, thwarting a surprise attack by the British towards French allies at Newport, Rhode Island, but as unable to continue his position as courier and spy due to suspicions. He spent the remained of his service as part of the Highland Department, which served along the Hudson River. He was discharged and manumitted around 1783, and became a founding member of the Parting Ways community in Plymouth. He briefly received a pension for his service.

Howe became a farmer and was married to Althea until her death and then married Lucy Prettison in 1821. He died three years later, and is buried in a tiny cemetery in the town. After a 1976 excavation of the town, a sign was erected at the cemetery reading “Here lies the graves of four negro slaves – Quamany, Plato, Prince, Cato. These men fought in the Revolutionary War and were freed at its close.”

The cemetery is located in the original 94-acre plot of land deeded to the men by the government when they were given their freedom.